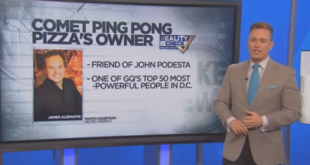 With the Inauguration just days away, “PizzaGate” has been thrust back into the spotlight for the first time since the election thanks to reporter Ben Swann of CBS46 in Atlanta – only this time, it’s not a puff piece labeling it a conspiracy theory, or another New York Times article going out of it’s way to defend Comet Ping Pong. Swann lays out the players, including Comet Ping Pong owner James Alefantis (who was in a relationship with CTR-mastermind David Brock), as well as pedophile terminology, logos, and even some of the pedo-friendly musical acts featured at the restaurant. Swann even mentions John Podesta’s close relationship with convicted pedophile Dennis Hastert, as well as the creepy Podesta art.

Within hours of it’s airing, Wikileaks tweeted a link to the broadcast, along with the FBI’s 2007 “pedphile symbols” guide.

Update: While the CBS segment doesn’t show any Pizzagate evidence due to the sensitive nature, you can take a look at the massive ongoing repository of #Pizzagate material as compiled by a Voat.co user, click here – obviously NSFW (4.4gb zip file from megaupload, has been downloaded and checked for viruses per this post)

Is this the opening salvo in the next phase of #PizzaGate from emboldened journalists who no longer fear John Podesta’s wrath? The answer is anyone’s guess, however, even if Ben Swann isn’t taken out with a Polonium pellet – he will forever be encumbered by his gigantic balls.

END_OF_DOCUMENT_TOKEN_TO_BE_REPLACED

#PIZZAGATE Coverup? Strange Behavior By Alex Jones, Milo Yiannopoulos, and The Firing Of Joe Biggs Have The Internet Abuzz 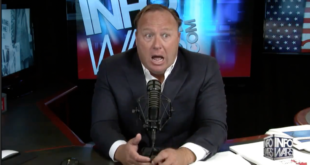 Just like that – #Pizzagate is back. It all started two days ago when a man walked into Comet Pizza and according to police, fired an assault rifle at the floor. Reports allege that the gunman was investigating the restaurant for it’s central role in the much talked about #pizzagate scandal, which was ignited by the DKIM verified Wikileaked Podesta Emails.

Reactions around the internet have varied from outrage to disbelief, with the MSM quick to condemn the incident along with #pizzagate, and the Reddit-4chan Autist alliance madly working to piece things together and prove that the whole event was fabricated.

(I dragged this little timestamped prediction out of the rabbit hole).

Of all the opinions and information flying in the immediate aftermath – one voice stood out from the rest; the son of Trump’s incoming National Security Advisor Mike Flynn.

Until #Pizzagate proven to be false, it'll remain a story. The left seems to forget #PodestaEmails and the many "coincidences" tied to it. https://t.co/8HA9y30Yfp

With #Pizzagate decidedly back out of the shadows, outspoken conservative Breitbart journalist Milo Yiannopoulos immediately pounced on the opportunity to give a presentation to the world… 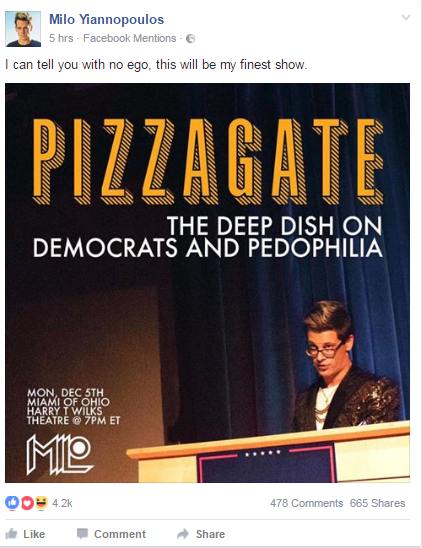 …however, 30 minutes before Milo’s speech he made this odd statement:

Also of note, many have noted that Alex Jones has recently had an abrupt change in tone towards #pizzagate starting about a week before the comet pizza incident. Early yesterday, Jones put out a video suggesting that #pizzagate is a diversion and people should stop looking into the story. This was kind of, very, totally out of character for the king of Conspiracy theories. In fact, something like #pizzagate heating up are precisely what Alex Jones has built a career on. 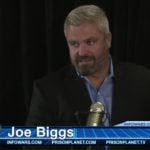 Last thing (for now), Infowars reporter and Army Veteran Joe Biggs – known for his over the top investigative journalism and hard hitting #pizzagate youtube videos – was just fired for unknown reasons, and Infowars has deleted some or all of Biggs’ #pizza related content from their video archive. People have no clue what he did, as neither @Rambobiggs nor Infowars has commented on specifics. Biggs has made several tweets and gab.ai posts which he’s deleted in the last few hours: 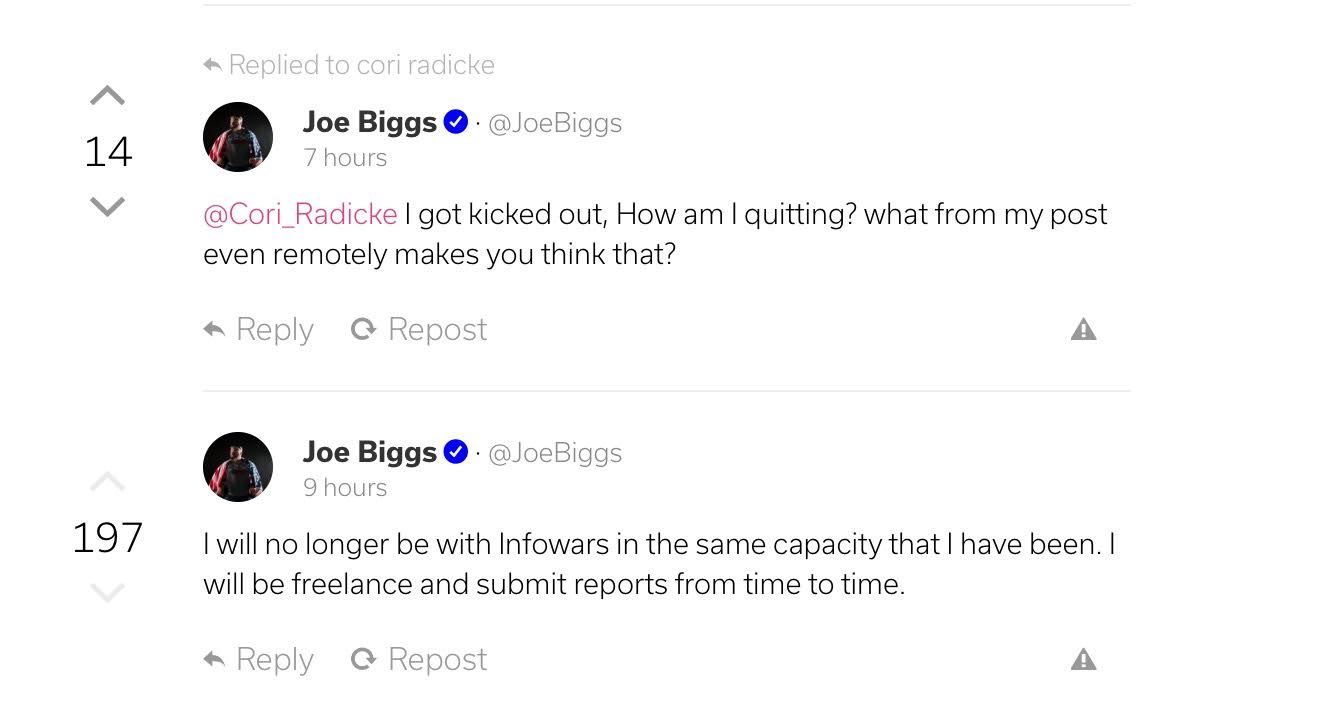 So we’ve got a strange 4chan post warning that a false flag involving James Alefantis (owner of Comet Pizza) was about to occur, the day before a guy walks in 2 hours till open and allegedly fires a round into the floor. The incident sets the internet ablaze again and the MSM shifts into maximum FAKE NEWS WITCH HUNT MODE. The controversy draws the son of a very public figure into the fray – and just as we’re about to hear from outspoken and very articulate Milo Yiannopoulos on the issue, he cancels. The same day, Alex Jones of Infowars puts out a video encouraging people to stop investigating #pizzagate – and Infowars fires resident #pizzagate expert Joe Biggs (@rambobiggs) and removes his content.

There are a few theories floating around right now; Either Alex Jones and Milo have been compromised and Joe Biggs has been thrown under the bus, or Trump’s team told everyone to knock it off until after the inauguration and Biggs didn’t want to play along. Another possibility is that Alex Jones has been looking to pivot away from #pizzagate for a week or so, and Milo was called off so as not to embarrass Breitbart. Whatever the truth, something is afoot.

END_OF_DOCUMENT_TOKEN_TO_BE_REPLACED 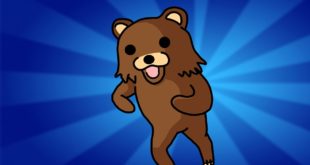 This must be some kind of wag-the-weiner damage control, or more likely an attempt to curry favor with the judge at Weiner’s inevitable court appearance(s). Aspiring pedophile Anthony Weiner has checked into a rehab facility for his addiction to graphically sexting a child he hoped to fuck. I don’t have a lot of compassion for a guy married to a potential Saudi Spy, who told a girl too young for a learner’s permit “I would bust that tight p***y so hard and so often that you would leak and limp for a week.”

While I wouldn’t mind if someone went full Dexter season 1-3 on Weiner, if the rumor is true that he is cooperating with the FBI, I hope they don’t have a weight room…

Breaking now on #FNS per @BretBaier — Anthony Weiner is said to be cooperating with the FBI investigation.

As reported in the Daily Mail:

Out-of-control Weiner, who has been sending sexually-charged messages and obscene pictures to women and at least one teenage girl for years, is now in a treatment facility, DailyMail.com has learned exclusively.

Ok I’m with you so far Daily Mail…

Friday’s dramatic disclosure by the FBI that it had discovered new emails relevant to their investigation into Hillary Clinton’s secret server was a shock unprecedented in electoral history.

At the center of it, however, is the tragedy of Anthony Weiner’s sex addiction.

Wait, what? No it fucking isn’t! Anthony Weiner just made history for sure, but he’s not at the center of anything. At this point he’s a sideshow and a distraction to both the email investigation and the fact that Hillary cheated at the debate. UNFIT!

Granted, boring emails tied to disqualifying criminal acts by a presidential candidate don’t sell as many ads these days, so I guess I can see why the media is grabbing onto Weiner with both hands.