Leaked Audio From Defeated Russian Mercenaries: “They Beat Our Asses”, “A Total Fu*k Up”

Leaked audio recordings allegedly capture demoralized Russian mercinaries in Syria bemoaning an joint U.S. strike that killed as many as 200 Russian nationals (according to Bloomberg) around the oil fields of the Deir Ezzor region. Russia pushed back against the figure, publicly acknowledging that just five people, “presumably” Russian citizens, were killed in an armed clash with U.S. forces. 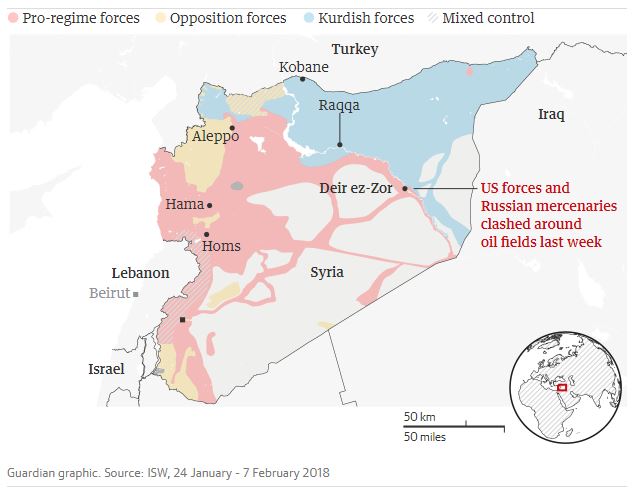 Reuters has reported that 300 were killed or wounded in the clash.

The casualties are the highest that Russia has suffered in a single battle since fierce clashes in Ukraine in 2014 claimed more than 100 fighters’ lives. Moscow denies sending soldiers and volunteers to Ukraine and has never confirmed that figure.

The wounded, who have been medically evacuated from Syria in the past few days, have been sent to four Russian military hospitals, according to five sources familiar with the matter. –Reuters 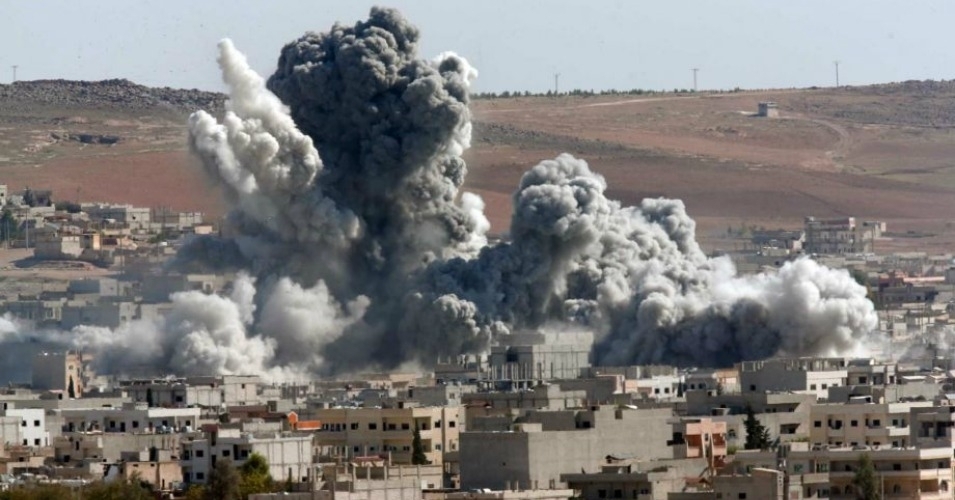 The recordings, released by Polygraph.info, a Voice of America fact checking website, were reportedly given to the publication by a source close to the Kremlin, who said that the recorded phone calls came from mercinaries employed by CHVK Wagner – a Russian private military company.

The mercinaries on the audio tapes can be heard expressing anger over Russia’s reaction to the military clash, while refuting the Kremlin’s figure of five dead.

Polygraph.info has obtained audio recordings from a source close to the Kremlin who said the Russian casualties were personnel from a private Russian military company who attempted to capture an oil refinery in Syria.

“So, one squadron f**** lost 200 people…right away,” said one of three mercenary soldiers. “Another one lost 10 people… and I don’t know about the third squadron but it got torn up pretty badly, too.” –Polygraph

“The reports that are on TV about … well, you know, about Syria and the 25 people that are wounded there from the Syrian f— army and — well … to make it short, we’ve had our asses f— kicked. So one squadron f— lost 200 people … right away, another one lost 10 people … and I don’t know about the third squadron, but it got torn up pretty badly, too … So three squadrons took a beating … The Yankees attacked … first they blasted the f— out of us by artillery, and then they took four helicopters up and pushed us in a f— merry-go-round with heavy caliber machine guns … They were all shelling the holy f— out of it, and our guys didn’t have anything besides the assault rifles … nothing at all, not even mentioning shoulder-fired SAMs or anything like that … So they tore us to pieces for sure, put us through hell, and the Yankees knew for sure that the Russians were coming, that it was us, f— Russians … Our guys were going to commandeer an oil refinery, and the Yankees were holding it … We got our f— asses beat rough, my men called me … They’re there drinking now … many have gone missing … it’s a total f— up, it sucks, another takedown … Everybody, you know, treats us like pieces of s— … They beat our asses like we were little pieces of s— … but our f— government will go in reverse now, and nobody will respond or anything, and nobody will punish anyone for this … So these are our casualties.”

“Out of all vehicles, only one tank survived and one BRDM [armored reconnaissance vehicle] after the attack, all other BRDMs and tanks were destroyed in the first minutes of the fight, right away.”

“Just had a call with a guy — so they basically formed a convoy, but did not get to their f— positions by some 300 meters. One unit moved forward, the convoy remained in place, about 300 meters from the others. The others raised the American f— flag, and their artillery started f— ours really hard. Then their f— choppers flew in and started f— everybody. Ours just running around. Just got a call from a pal, so there are about 215 f— killed. They simply rolled ours out f— hard. Made their point. What the f— ours were hoping for in there?! That they will f— run away themselves? Hoped to f— scare them away? Lots of people f— so bad [they] can’t be f— ID’d. There was no foot soldiers [on the American side]; they simply f— our convoy with artillery.”