YouTube Backs Down After Putting InfoWars On Verge Of Deactivation

YouTube issued a second strike to Alex Jones’s main channel early Tuesday over a pair of videos related to the Florida school shooting – bringing it dangerously close to termination, however the second strike was removed hours later for unknown reasons. 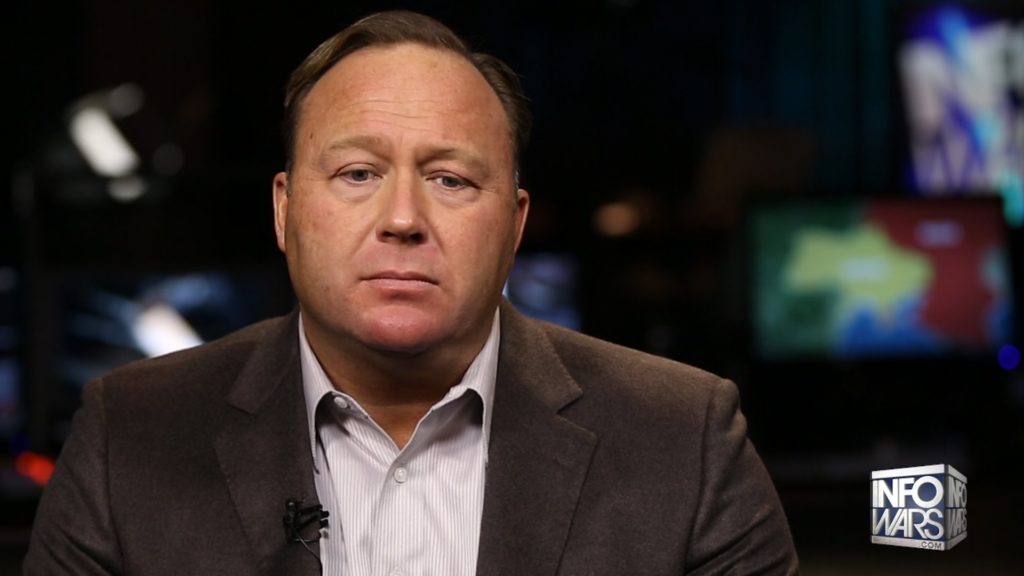 The videos, “The Truth About Crisis Actors In The Florida Shooting,” and “What Is To Blame For The Florida High School Shooting” have been removed from YouTube, but can be seen here on the Infowars website.

While a second strike restricts a channel from posting new content for two weeks, a third strike can result in a ban from the platform. 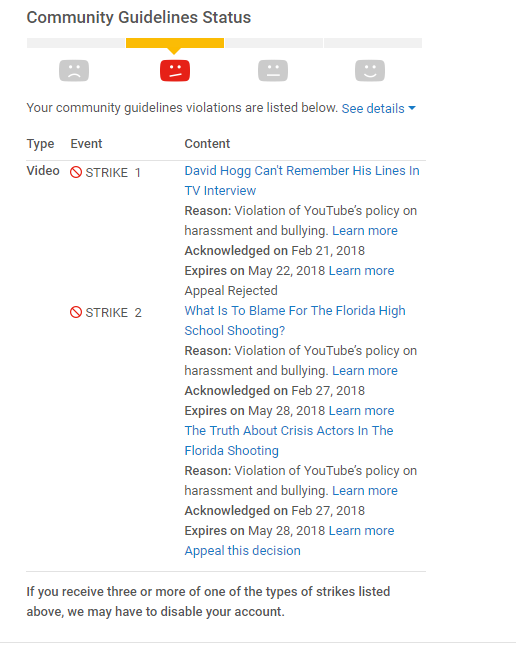 “This is the second strike applied to your account within three months,” the notice reads. “As a result, you’re unable to post new content to YouTube for two weeks. If there are no further issues, the ability to upload will be automatically restored after this two week period.”

Infowars has referred to the YouTube strikes as a “CNN lobbying campaign,” after CNN reported that they had “identified three similar YouTube videos from InfoWars” which they flagged to YouTube. A YouTube spokesperson responded at the time that those videos were under review.

The Alex Jones Channel, which has over 2.2 million subscribers, first came under fire over a video suggesting that a survivor of the Parkland school shooting, David Hogg, was coached and given lines for interviews with various media outlets following the Valentines Day massacre which left 17 dead.

The video was removed for a violation of YouTube’s “harassment and bullying” policy and the channel was issued a strike. 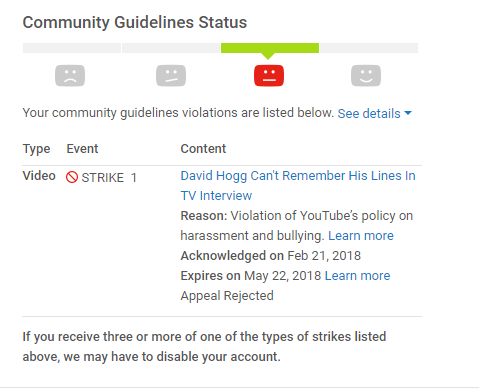 The video featured a clip of Parkland shooting survivor David Hogg appearing to flub scripted lines – leading many to believe he has been coached on what to say as he tours around the country to promote an aggressive gun control agenda:

David Hogg can’t remember his lines here.
This needs to be investigated
His dad worked for the FBI
pic.twitter.com/JEhDc2puoQ

YouTube has all but scrubbed this clip of Hogg from its platform.

Earlier in the day, David Hogg shot off a barrage of tweets making fun of Alex Jones – which started off with Hogg telling Jones he wanted to [sic] “come on and clear some of this up because clearly as a shit journalist you can’t clearly”

Wait ?didn’t you get sued for pedaling lies about the survivors and victims of another school shooting? Clearly someone didn’t learn from their mistakes

I might not be great with spelling or punctuation but unlike Jones do my research and don’t sell snake oil to the masses. #Jonesbrandsnakeoil

When your snake oil only makes you THICC 45 days later #jonesbrandsnakeoil pic.twitter.com/UoM9Gi2zUT

Jones accepted Hogg’s offer to have him on the show:

David, you are welcome to come on the show.

Are you aware that CNN is using you as part of a lobbying campaign to shut down Infowars?

You are now a public figure & activist. You are not immune to criticism.

We know your views on the 2nd amendment. Do you support the 1st? https://t.co/uHeDxX7Ir8

Three hours later, Hogg backpedaled, tweeting “I will not speak to anyone that has had disgusting remarks to victims of mass shootings in the past.”

I will not speak to anyone that has had disgusting remarks to victims of mass shootings in the past. I sent that tweet without realizing just how awful so many people have been to victims and witnesses of these events in the past.

David Hogg challenged me to a debate by bullying and viciously attacking me. After I politely accepted, he backed out when his real goal of baiting me failed. Only #HoggWash fears investigation https://t.co/DVmIPQ20nu

If you enjoy the content at iBankCoin, please follow us on Twitter
2018-02-27
zeropointnow
Share
Previous Leaked Audio From Defeated Russian Mercenaries: “They Beat Our Asses”, “A Total Fu*k Up”
Next Papa John’s Kicks NFL To The Curb In Major Marketing Overhaul