Did Disney Imagineers Scramble To Turn A Hillary Clinton Robot Into A Trump Robot?

Disney World’s “Hall of Presidents” in Orlando, FL reopened today after the Imagineers at the Magic Kingdom spent a year conjuring up an animatronic Donald Trump. The robo-Prez is flanked by his 43 predecessors as he delivers a speech that’s incredibly creepy if only for its lack of characteristic Trump mannerisms familiar to anyone who’s watched him speak. To Disney’s credit, however, it’s all very patriotic.

The Trump-bot was already delayed around 6 months beyond Obama’s, which Disney says is because Trump wouldn’t record his fucking lines, but this here’s the kicker…

It really looks like Disney Imagineers were so depressed after the election they just half-ass sex changed their Hillary bot into a Trump bot.

What do you think? 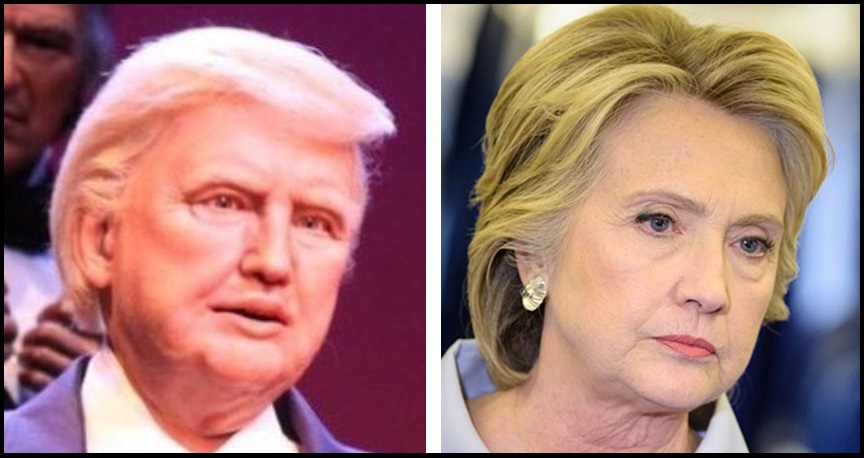 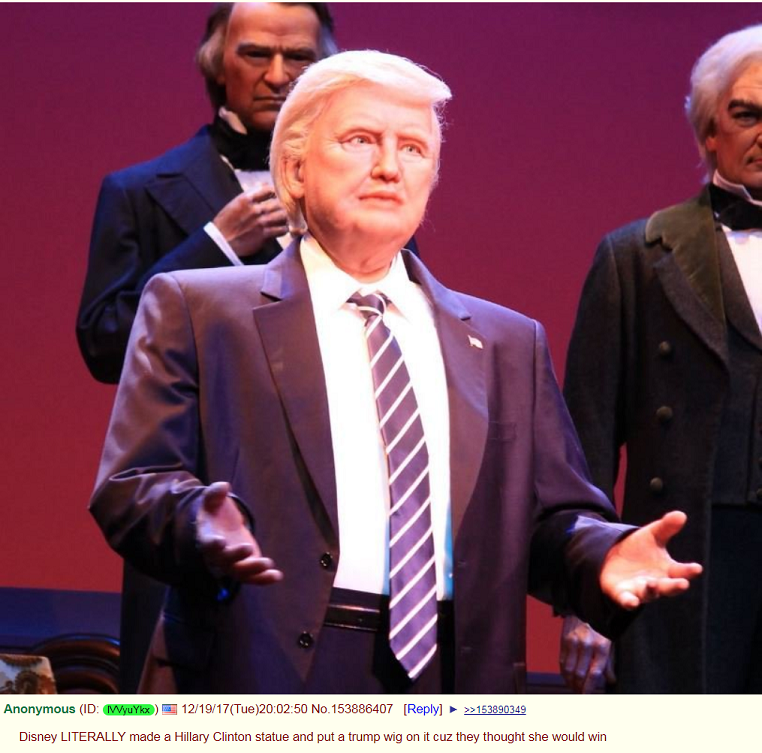 If you enjoy the content at iBankCoin, please follow us on Twitter
2017-12-20
zeropointnow
Share
Previous North Korea Amassing Bitcoin To Fund Cyberattacks According To Crowdstrike CEO
Next $1.5 Trillion GOP Tax Bill Passes House For Second Time, Heads To Trump’s Desk