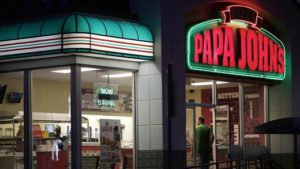 Following an earnings miss that sent Papa John’s down 7.59% after hours on Tuesday to two-year lows, the pizzamaker’s new CEO Steve Ritchie announced that the company would be severing their nearly decade-long relationship with the NFL, Ritchie said on the ir fourth quarter earnings call.

The announcement followed an internal decision to make drastic changes to the company’s marketing strategy – which will now see the company focus on its 22 partner teams within the league along with individual star players. 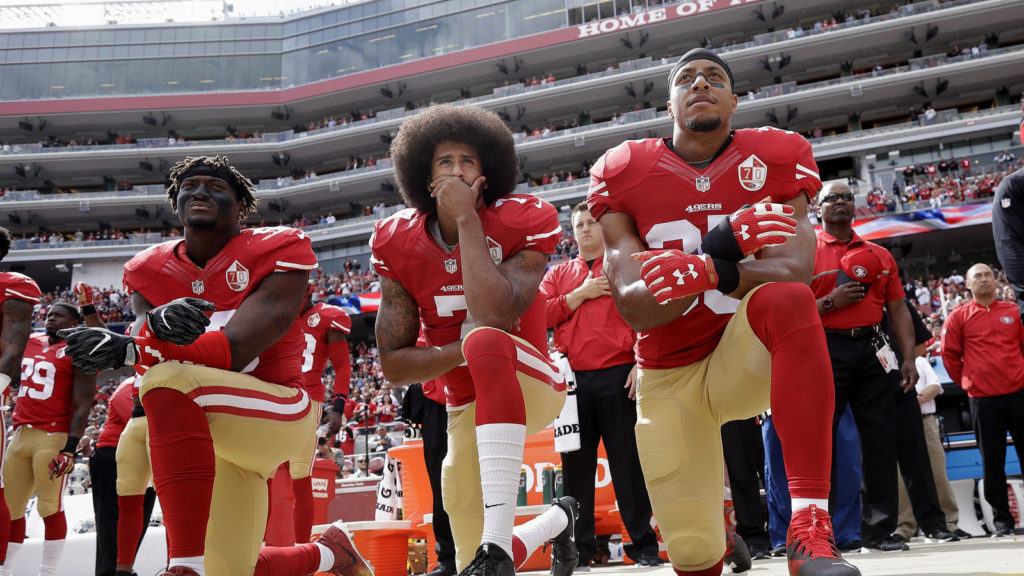 In November, the company pulled its ads from the NFL amid Schnatter’s criticisms:

“The NFL has hurt us by not resolving the current debacle to the players’ and owners’ satisfaction,” Schnatter said on a November conference call before his departure.

“The NFL and Papa John’s have made a mutual decision to shift from their official league sponsorship to a focus on partnerships with 22 local NFL teams, presence in broadcast and digital media, and key personalities in the sport,” both organizations said in a joint statement. 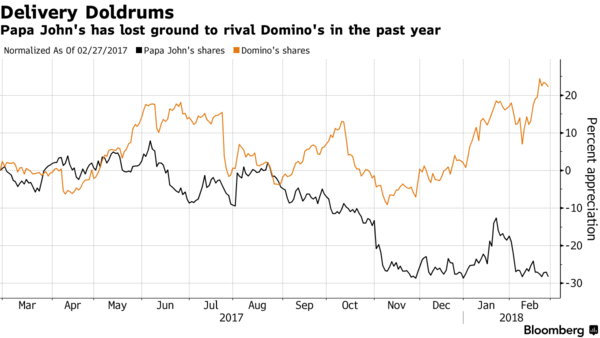 The sponsorship’s demise comes during a slump at the pizza chain. The company posted a 3.9 percent decline in North American same-store sales last quarter, sending the shares tumbling in extended trading on Tuesday. Papa John’s pledged to reverse the decline by improving its loyalty program, hiring a new public relations partner and revamping its marketing. –Bloomberg

Shares were off as much as 8.5% to $51.55 in after-hours trading on Tuesday amid adjusted earnings of 65 cents per share on revenue of $467.6 million, missing expectations. 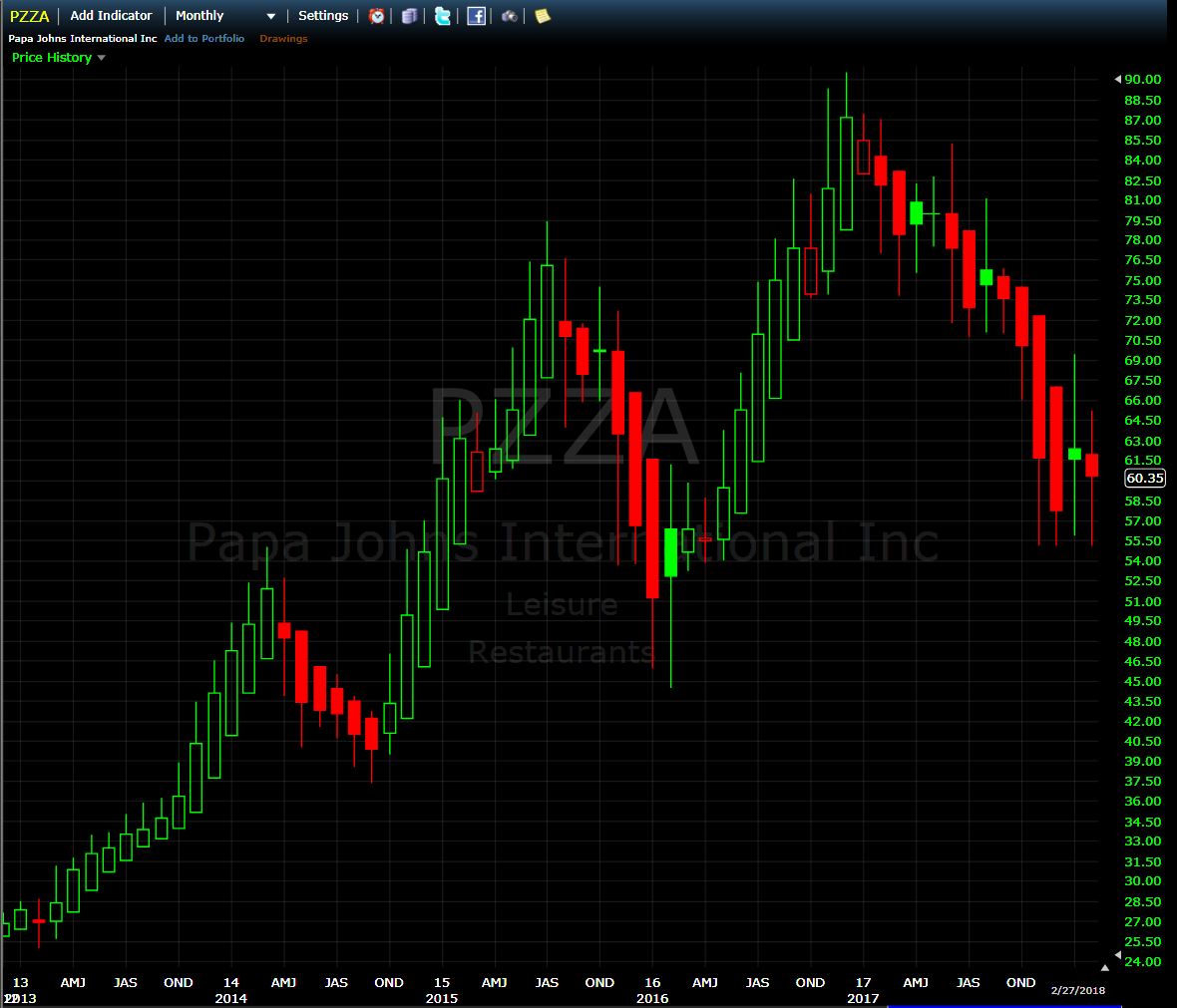 “We know our potential is so much greater than our results, and we are taking significant steps to reinvigorate our record of profitable growth and value creation,” said Ritchie in a statement.