Embattled “Pharma bro” Martin Shkreli launched an “unmonitored drug trial in Cyprus” without FDA oversight for a treatment under development by his former company, Retrophin, according to federal prosecutors who are seeking a 15-year prison sentence on charges of securities fraud.

Shkreli was ordered to forfeit over $7.3 million in assets, including his one-of-a-kind Wu-Tang album he said he’d release if Trump won.

Along with the Wu-Tang Clan “Once Upon a Time in Shaolin” album that Shkreli has boasted he bought for $2 million, he would have to give up $5 million in cash in a brokerage account. He also would be forced to forfeit other valuables including a Picasso painting and another unreleased recording that he claims he owns, “Tha Carter V

The results of the drug trial conducted without FDA oversight were used to obtain “single-patient results that” were used in a Retrophin financial filing that was not disclosed during the company’s 2014 IPO, noted prosecutors.

The drug trial was mentioned by prosecutors to counteract what they said was a “highly misleading” portrayal by Shkreli’s defense team about his work on a drug to cure the condition known as PKAN.

Prosecutors said that because of that portrayal, among other things, Shkreli does not deserve a sentence lighter than the very stiff one being recommended by federal sentencing guidelines. –CNBC

PKAN is a childhood neurodegenerative genetic disease which ultimately leads to death. Shkreli and two other men, Andrew Vaino and Marek Biestek hold the patent on RE-024, a drug they hope can cure the condition, which only affects around 5,000 people worldwide.

“There are no approved treatment options for PKAN and current therapeutic strategies are limited to symptom management,” Retrophin says on its site.

During sentencing recommendations last week, Shkreli’s lawyers stated “With this patent, Retrophin was able to begin studies and clinical trials to drastically improve the lives of thousands of patients suffering from this terrible disease.”

Retrophin is currently enrolling patients in a “phase 3 clinical trial” of RE-024 according to their website, which is “being conducted under a Special Protocol Assessment (SPA) agreement, which indicates concurrence by the U.S. Food and Drug Administration (FDA) that the design of the pivotal trial can adequately support a New Drug Application (NDA) seeking U.S. approval of RE-024 for treatment of PKAN.”

Despite his name being on the patent, prosecutors said of Shkreli, “his insistence on taking shortcuts in order to get PKAN [drug] to market drastically delayed the development of the drug while he was the CEO of Retrophin.” Shkreli was ousted from Retrophin by its board in the fall of 2014.

“Because the Food and Drug Administration … has rigorous safety processes and procedures that must be followed before a new drug can be provided to patients, even on an experimental basis, Shkreli was unable to give the drug directly to patients … as he had promised,” prosecutors wrote.

“Instead, he — as with any other drug developer — needed to secure a series of approves from the FDA, a process that can be long and painstaking,” the filing said.

Instead of waiting for said approval, Shkreli instead launched “an unmonitored drug trial in Cyprus,” reads a court filing.

Prosecutors said that because the trial did not have FDA controls, and because “its operation was unacceptable to the FDA,” the trial was not, despite Shkreli’s claims to the contrary, “part of Retrophin’s ‘efforts to receive FDA approval.’ ”

The filing said it was “instead a way to get single-patient results that could be — and subsequently were — reported in Retrophin’s 8-K filings,” dated Aug. 11, 2014. –CNBC

Cowen biotech stock analyst Eric Schmidt, however, told CNBC that clinical trials are often run outside of the purview of the FDA – though he’s never heard of one in Cyprus.

“I can’t recall ever hearing about a study in [Cyprus] and it is possible there is something weird or strange about that territory that might make this instance particularly suspect,” Schmidt said. “But the simple fact that a company has gone outside of the FDA’s jurisdiction for the purpose of running a study according to foreign law is not news.”

If you enjoy the content at iBankCoin, please follow us on Twitter
2018-03-06
zeropointnow
Share
Previous Nearly 200 Cases Of Sexual Abuse Reported At Stanford University
Next China: Not So Fast On That “Weak” $3 Billion In Tariffs – “Tens Of Billions” More Expected 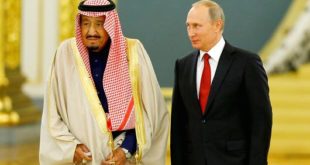