The death toll from the ongoing “monster nor’easter” has reached nine, while millions of customers across the East Coast have been plunged into darkness and over 1,400 flights were cancelled according to FlightAware.com. 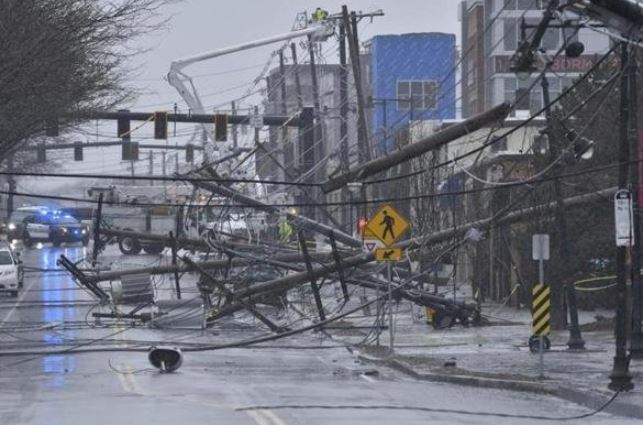 Several of the deaths were due to falling trees – estimated at over 750 in New York City alone, while police in Andover Township, New Jersey report that a 41-year-old man was killed after coming into contact downed power lines on Friday. 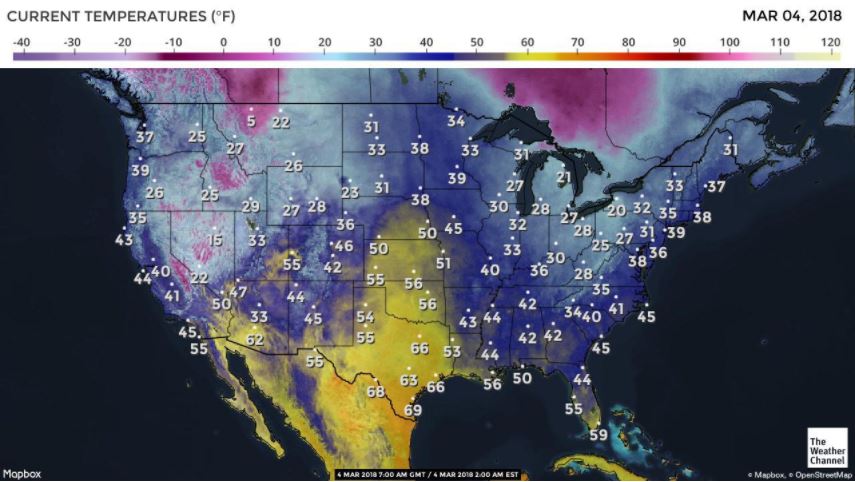 The storm officially known as Winter Storm Riley blanketed the East Coast on Saturday, as over a dozen utility companies have reported massive power failures in several states.

More than 235,000 customers were still without power in Massachusetts Saturday night, according to the state’s Emergency Management Agency, after initial reports of 450,000 without electricity. New Jersey power companies said Saturday that more than 164,000 customers were affected by outages, and Pennsylvania companies PECO, PPL and West Penn Power had more than 288,000 customers experience outages. Virginia power companies Dominion Energy and Novec Power said nearly 160,000 were affected by the storm. –NBC

Approximately 270,000 New Yorkers were without power on Saturday according to Gov. Andrew Cuomo.

“We are deploying the National Guard and senior officials to ramp up recovery efforts and ensure the thousands of New Yorkers impacted by this storm are getting the help they need,” Cuomo said. “Some travel restrictions and advisories remain in effect, and I urge drivers to stay off the roads so that the National Guard, first responders and utility workers can assist those that need help.”

Eight people in Virginia, Maryland, New York, Pennsylvania, Massachusetts and Rhode Island have died due to the heavy winds and downed trees, according to authorities.

Early Friday morning, a tree fell onto a Virginia home and killed 6-year-old Anthony Hamilton while he was sleeping, Chesterfield County Police reported. Later in the day, Putnam County Sheriff Robert L. Langley Jr. in New York said that an unidentified 11-year-old boy died when a tree fell onto his home and trapped him underneath. His mother, who was at home with the child, was hospitalized. –NBC

In Rhode Island, Newport Police reported that a man in his 70’s died after being struck by a tree, while Baltimore Public Safety reported a 77-year-old woman had been killed by a large branch that dropped from a tree above her. Also killed by trees were Sean Gregory Walker, 44, a 57-year-old Pennsylvania man, 25-year-old Rodriguez Melendez and 36-year-old Ryan MacDonald.

Meanwhile, Europe has been experiencing a deep freeze which has claimed some 60 lives in the past week – including 23 in Poland, seven in Slovakia, and six in the Czech Republic. More deaths were reported in Lithuania, France, Spain, Italy, Romania, Serbia, Slovenia, Britain, the Netherlands and Sweden. 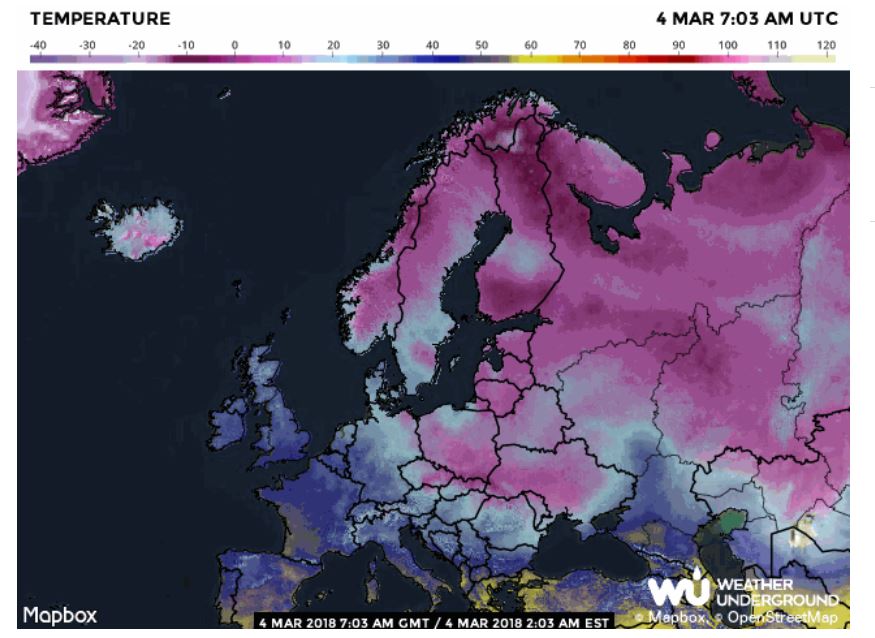 As temperatures across Europe generally remained sub-zero, travel has been largely disrupted – with major delays on roads, railways and airports.

Switzerland has seen the mercury plummet to records of up to minus 40 degrees Celsius (minus 40 Fahrenheit) in the ongoing blizzard, which has also impacted air, road and train transport around Europe and even covered usually balmy Mediterranean beaches with a blanket of snow.

In France, 21 departments, mainly in the northwest, remained on alert for snow and black ice as the vicious cold snap — which British media have dubbed “the Beast from the East,” the Dutch the “Siberian Bear” and Swedes the “snow cannon” — maintained its grip. –Dailysabah.com

The Netherlands this morning: Freezing temperatures and 7 bft. Cars are frozen.

The Beast from the East in a picture.

In Ireland, the Dublin airport has shut down, while some 24,000 people remain without electricity as temperatures hover just below freezing – with Britain’s Meteorological Office forecasting more snow.

Why is this happening?

As ZeroHedge reported two weeks ago, the polar vortex has been split in two – causing warming over the arctic while two massive cold masses continue to hover over Europe and North America. 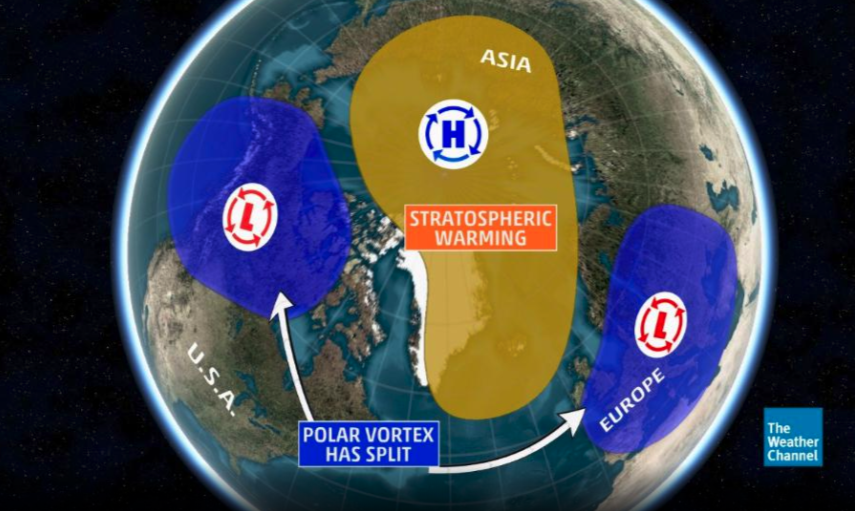 From the Weather Channel:

The vortex over Western Europe and much of Eurasia has sent the region into a dangerous deep freeze which may last into early March.

If you enjoy the content at iBankCoin, please follow us on Twitter
2018-03-04
zeropointnow
Share
Previous Goldman: Trump Tariffs On Steel And Aluminum Likely Signal NAFTA Exit
Next Saudis Cozying Up To Russia As US Influence In Middle East Wanes