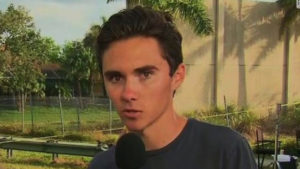 In the wake of the Parkland, FL school shooting, survivor and gun control activist David Hogg has been making the rounds – encouraging citizens to boycott companies which deal with the NRA.

Over a dozen major companies have cut ties with the NRA – including Delta, Hertz and MetLife.  And as we reported yesterday, Wall St. is getting in on the outrage – as Bank of America, BlackRock and Blackstone Group, LP are all putting the screws to companies who deal with firearms manufacturers.

While Bank of America is “reexamining relationships with clients who make AR-15s,” and Blackrock – the world’s largest money manger – is sitting down with gunmakers Sturm Ruger and American Outdoor Brands (Smith & Wesson), of which they’re the largest shareholders, investment giant Blackstone Group, LP fired off a Saturday letter to outside managers at a dozen hedge funds, asking them to detail their holdings in companies that make or sell guns.

Meanwhile, two days ago young David Hogg put pressure on FedEx – encouraging companies which use the shipper to stop doing business with them over the company’s refusal to cut ties with the NRA.

So which companies use @FedEx the most? We could pressure them to stop business until @FedEx ends their support for the NRA.

And today – Hogg encouraged shareholders of FedEx to dump the stock – and instead “stick with @USPS or @UPS,” apparently unaware that the US postal service isn’t a public company.

Sell FedEx stock! If they wanna stick with NRA we'll stick with @usps or @UPS

In response, FedEx issued a statement saying that while they oppose “assault rifles” (which an AR-15 is not), they won’t cut ties with the NRA:

#BREAKING: FedEx issues a statement saying it will not cut ties with the NRA – CNBC pic.twitter.com/2V74m83E6V

FedEx stock responded by giving zero fucks and honeybadgering higher along with the rest of the market: 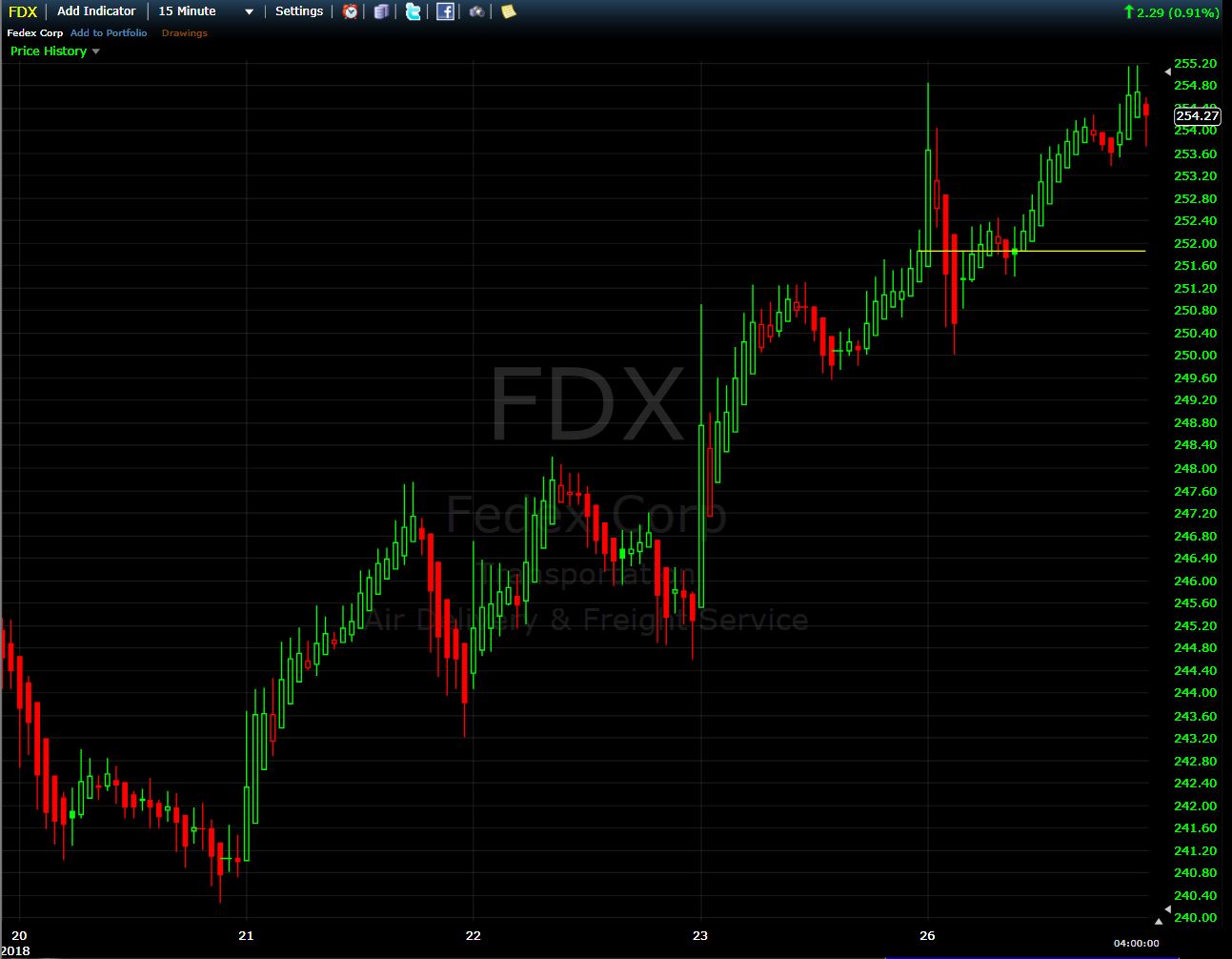 Meanwhile we haven’t heard one word from David Hogg about Broward Sheriff’s office and the FBI’s failure to follow up on three tips about suspected gunman Nikolas Cruz – specifically warning over Cruz shooting up a school. Hell, the FBI didn’t even contact Google after a YouTube video uploader reported his threat – under his own name – to become a “professional school shooter.”

We haven’t heard one word from Hogg about the two dozen visits to Cruz’s house by Broward County Sheriffs – or the fact that the Florida Social Services agency which deemed Cruz not to be a threat after investigating.

We haven’t heard anything from the young gun control activist about the fact that had Cruz been appropriately charged with a felony for holding a gun to his mother’s head while threatening her life, he wouldn’t have legally been able to own a firearm.

But hey, let’s try to take FedEx stock down for no other reason than the fact that they refuse to condemn the NRA.

If you enjoy the content at iBankCoin, please follow us on Twitter
2018-02-26
zeropointnow
Share
Previous Goldman-Backed Crypto Startup Buys Major Digital Token Exchange
Next Leaked Audio From Defeated Russian Mercenaries: “They Beat Our Asses”, “A Total Fu*k Up”