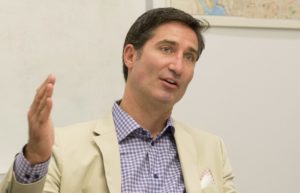 Shares of Chipotle ($CMG) jumped more than 12% after hours on heavy volume Tuesday after the company announced the addition of Taco Bell Chief Executive Brian Niccol as its new CEO. 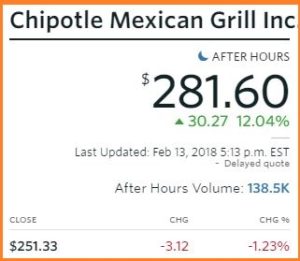 Niccol will replace founder Steve Ellis, who announced last November that he would be stepping out of the CEO role to become executive chairman.

“At Chipotle’s core is delicious food, which I will look to pair up with consistently great customer experiences,” Niccol said in Tuesday’s announcement. “I will also focus on dialing up Chipotle’s cultural relevance through innovation in menu and digital communications.”

Niccol had been with Taco Bell parent company Yum Brands ($YUM) for seven years, and was an executive with Pizza Hut, Inc. prior to that.

Chipotle’s changing of the guard comes as the company struggles to rebound from several e.coli scares, along with a hack of their Point-of-Sale (POS) system after the company refused to upgrade to new chip reading payment technology. The belagured burrito vendor’s stock has gone down over 39% in the last year, while the S&P 500 gained 14.1%. 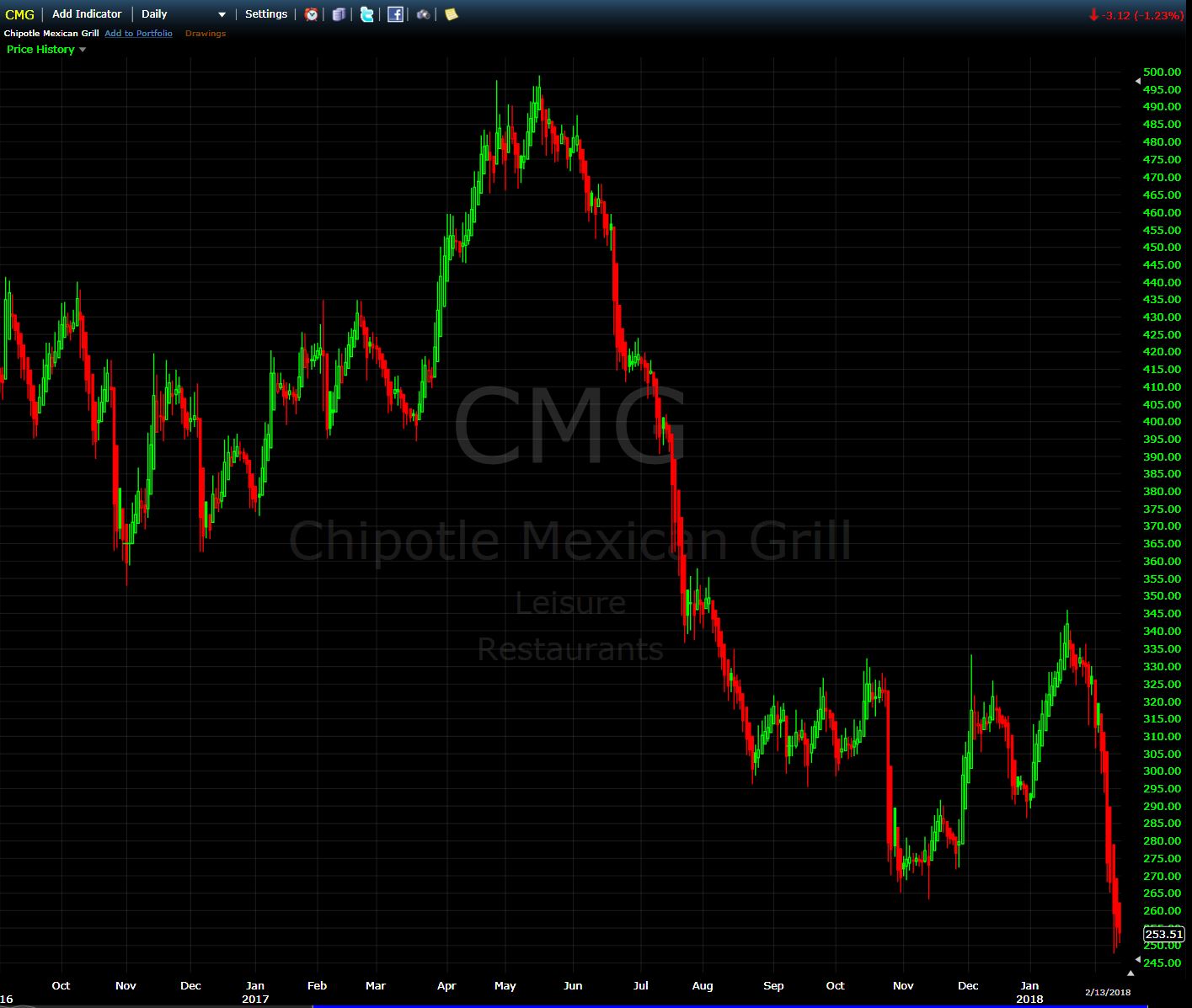 Last July, a selloff which began after the May announcement of a system-wide hack accelerated after the company had to close a Sterling, VA location following multiple reports of customers falling ill.

Customers reported symptoms such as vomiting, diarrhea, severe stomach pain, dehydration, and nausea to the website iwaspoisoned.com, which first alerted Business Insider to the issues at the Sterling restaurant. One person reported two hospitalizations as a result of the illnesses.

In total, eight reports were made to the website, indicating that at least 13 customers fell sick after eating there from July 14-15. –Business Insider

The fast food chain which notably refuses to use ingredients containing Monsanto GMOs was also hit with a massive hacking attack last March after refusing to upgrade to chipped card readers, which Chipotle reported in May.

No chip readers? No security.

The announcement was made following an investigation into an incident first reported on April 25th of “unauthorized activity” detected in some of their Canadian restaurants.

The malware searched for track data (which sometimes has cardholder name in addition to card number, expiration date, and internal verification code) read from the magnetic stripe of a payment card as it was being routed through the POS device.

Chipotle refused to upgrade to chip readers in 2015

The malware used in the attack steals data found within the magnetic stripe of payment cards. Although it is not clear if EMV (chipped) payment cards would have been susceptible to the hack, Chipotle notably declined to use them in 2015 – citing inefficiencies caused by delays in the authentication process in a fast paced food service environment.

The breach could mean big trouble for shares of Chipotle, which have only partially recovered from an E.coli outbreak in late 2015. According to Reuters, security analysts say Chipotle will likely face a fine based on the size of the breach and number of records compromised.

“In this case, the card companies will fine Chipotle and also hold them liable for any fraud that results directly from their breach,” said Avivah Litan, a vice president at Gartner Inc (IT.N) specializing in security and privacy.

Let’s see if Niccol can turn this sinking ship around and bring it into the 21st century – perhaps without having to resort to the use of GMOs. Then again, rumor has it Monsanto doesn’t like companies who don’t embrace the science.

If you enjoy the content at iBankCoin, please follow us on Twitter
2018-02-13
zeropointnow
Share
Previous Ray Dalio: Everything Changed In The Last 10 Days
Next Did The Bigot Who “Painted” Obama’s Portrait Stick A Giant Sperm On His Forehead?