Ray Dalio: Everything Changed In The Last 10 Days

“We are in this Goldilocks period right now. Inflation isn’t a problem. Growth is good, everything is pretty good with a big jolt of stimulation coming from changes in tax laws. If you’re holding cash, you’re going to feel pretty stupid.”

“About 10 days ago, that’s where I thought we were. However, recent spurts in stimulations, growth, and wage numbers signaled that the cycle is a bit ahead of where I thought it was.”

Amazing what a technical correction can do to one’s long-term outlook in the near-term, no?

In a Monday LinkedIn post – since that’s where Ray Dalio spits game apparently, the Bridgewater founder explained “what’s happening within the context of the classic short-term debt/business cycle.” 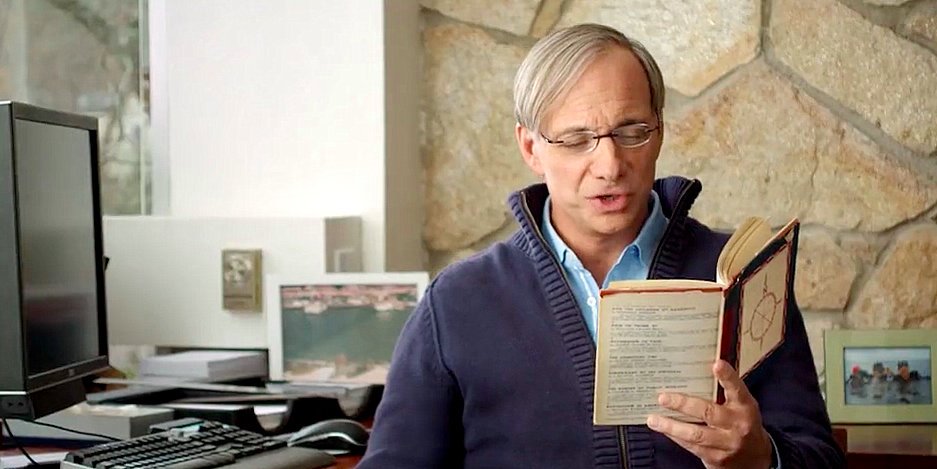 Dalio begins, as he usually does, by providing the following idealized snapshot of the business cycle:

In the “late-cycle” phase of the short-term debt/business cycle, when a) an economy’s demand is increasing at a rate that is faster than the capacity for it to produce is increasing and b) the capacity to produce is near its limits, prices of those items that are constrained (like workers and constrained capital goods) go up. At that time, profits also rise for those who own the capacities to produce those items that are in short supply. Then the acceleration of demand into capacity constraints and rise in prices and profits causes interest rates to rise and central banks to tighten monetary policy, which causes stock and other asset prices to fall because all assets are priced as the present value of their future cash flows and interest rates are the discount rate used to calculate present values. That is why it is not unusual to see strong economies accompanied by falling stock and other asset prices, which is curious to people who wonder why stocks go down when the economy is strong and don’t understand how this dynamic works. If the prices for stocks and other assets that do well when growth is strong continue to decline (which is typical), that and the credit market tightening leads demand to fall until demand is significantly less than the capacity to produce, which leads interest rates to fall and central banks to ease as their concerns about economic weakness supersede their concerns about inflation; that causes stock and other asset prices to rise. Such is the nature of the “short-term market and business cycle.” That is why it is classically best to buy stocks when the economy is very weak, there is a lot of excess capacity in the economy, and interest rates are falling (and to sell stocks when the reverse is the case).

Where are we now? While Dalio admits it is unclear “precisely where we are”, it is “clear that we are past the top in the bond market.”

We know that we are in the “late-cycle” part of the short-term debt/business cycle with the conditions I described at the beginning now existing, but we don’t know precisely where we are—i.e., we don’t know exactly how far we are from the top in the stock market and then the economy, though it is clear that we are past the top in the bond market. While squinting and doing calculations to try to figure that out, we know that we won’t get it precisely right, but we hope to get it as by-and-large right as we have in past times.

What are the key corporate considerations in a late cycle economy? For one, whether profits are rising faster than rates:

As for the calculations we are doing, classically, if the spurt in growth in profits (which is good for equities) is faster than the rise in interest rates (which is bad for asset prices) that will be marginally bullish, and if there is a lot of cash still on the sidelines (which there is) that causes one last spurt in equities prices, which is also bad for bonds (raising interest rates) and leads to Fed tightening, which makes the classic top. For the most part, that will be the most important determinant of the exact timing of the top in stocks.

And here, a surprising mea culpa from the billionaire founder of the world’s biggest hedge fund:

“About 10 days ago, that’s where I thought we were. However, recent spurts in stimulations, growth, and wage numbers signaled that the cycle is a bit ahead of where I thought it was.”

Dalio is of course referring to the February 2 payrolls report, and specifically the jump in hourly earnings, which rose the most since 2009. That was just the beginning as he explains next:

These reports understandably led to the reactions in bonds, which affected stocks as they did. Then on Friday, we heard the announced budget deal that will produce both more fiscal stimulation and more T-bond selling by the Treasury, which is more bearish for bonds. And soon ahead, we will hear about a big (and needed) infrastructure plan and the larger deficits and more Treasury bond selling that will be needed to fund them. In other words, there is a whole lot of hitting the gas into capacity constraints that will lead to nominal rate rises driven by the markets. The Fed’s reactions to them and the amount of real (inflation-adjusted) rate rises that will result will be very important, so we will be monitoring this closely.

The Fed’s reaction will also be to the market, which took one look at these rapidly changing events and suffered a historic move, entering a correction from all time highs in the short period on record.

What we do know is that we are in the part of the cycle in which the central banks’ getting monetary policy right is difficult and that this time around the balancing act will be especially difficult (given all the stimulation into capacity constraints and given the long durations of assets and a number of other factors) so that the risks of a recession in the next 18-24 months are rising. While most market players are focusing on the strong 2018, we are focusing more on 2019 and 2020 (which is the next presidential election year). Frankly, it seems to be inappropriate oversight to not be talking about the chances of a recession and what that recession might look like prior to the next election.

Finally, here is what according to Dalio is different in this business cycle, and why he is especially nervous this time round. As the billionaire writes,”there are two important differences that concern him:

And due to the above, Dalio concludes, “I worry about what the next economic downturn will be like, though it is unlikely to come soon.”

That said – Bridgewater just got done building out it’s largest short position ever – piling on $13 billion in European corporate short positions. And just this morning, Bloomberg noted that Bridgewater will be adding to the basket of shorts with a bet against Europe’s largest manufacturer – Siemens.

And there you have it, the world’s biggest hedge fund just turned a little more bearish – despite when Ray Dalio thinks the downturn is coming.

If you enjoy the content at iBankCoin, please follow us on Twitter
2018-02-12
zeropointnow
Share
Previous Treasury Yields Jump After OMB Director Warns Of Larger Deficit, “Spike” In Interest Rates
Next Chipotle Shares Spike After Hours As Taco Bell Chief Named As CEO