Lloyds has become the first UK banking giant to ban all cryptocurrency payments on its credit cards, echoing a similar move last week by Bank of America and JP Morgan. The Lloyds banking group, which includes Halifax, MBNA and Bank of Scotland, are all affected by the new restriction.

The Lloyds group has more than eight million credit card customers, and is concerned that it may end up footing the bill for defaulting debtors should the price of Bitcoin continue to fall.

The move follows a report by the Wall Street Journal reported that Capital One banned customers from using credit cards to purchase bitcoin or coins on the Ethereum blockchain, citing “limiting mainstream acceptance and the elevated risks of fraud, loss and volatility.” Discover Financial announced it would likewise block bitcoin transactions.

In January, over $400 million in cryptocurrency was stolen after Japanese crypto exchange Coincheck was hacked.

And in yet another attempt to make digital currencies less attractive, banks have started to process cryptocurrency payments as “cash advances,” which carry extremely high interest rates. As such, Coinbase customers were greeted to this message a few weeks ago:

We’re writing because you have a credit card on file and want to inform you of a recent change that may increase the cost of purchasing digital currency with a credit card.

Recently, the MCC code for digital currency purchases was changed by a number of the major credit card networks. The new code will allow banks and card issuers to charge additional “cash advance” fees. These fees are not charged or collected by Coinbase. These additional fees will show up as a separate line item on your card statement.

That said, credit card purchses account for just 18% of bitcoin purchases according to a poll by Lendedu: 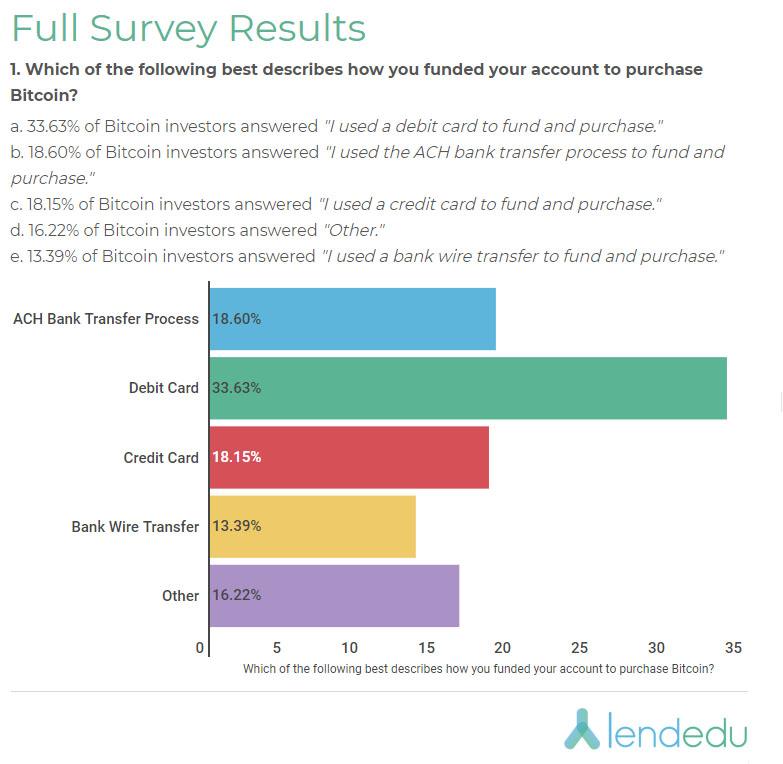 As anyone with a computer, television or radio knows, the price of Bitcoin has been tumbling – from a December high of $20,000, to under $8,000 in overnight trade. Whether cause or effect – though we suspect the former – banks, governments, and private businsses have been cracking down on cryptocurrency speculators and suppressing demand over the last several months. 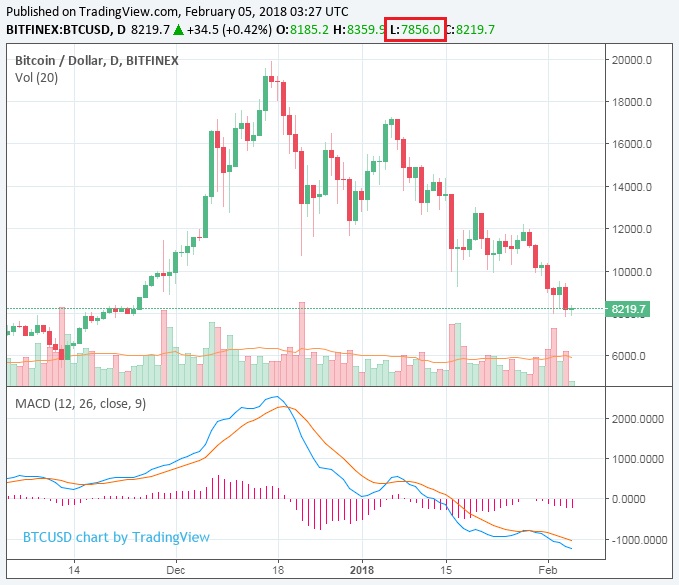 Last September, Bitcoin and other cryptocurrencies plunged as much as 20% after China banned Initial Coin Offerings (ICOs) and shuttered local Bitcoin exchanges. Chinese authorities pointed to Bitcoin’s ability to facilitate “illegal fund-raising and other types of illegal financial activities,” and “pyramid schemes, fraud and other issues.”

Last week, India said it would “take all measures to eliminate use of these crypto-assets in financing illegitimate activities or as part of the payment system.”

In December, the “Big Four” Australian banks reportedly froze the accounts of bitcoin users acording to the Sydney Morning Herald.

Bitcoin investors are claiming Australia’s banks are freezing their accounts and transfers to cryptocurrency exchanges, with a viral tweet slamming the big four and an exchange platform putting a restriction on Australian deposits.

So @NAB @CommBank @WestpacNZ and @ANZ_AU are all freezing customer accounts and transfers to @BTCMarkets @coinspotau @GetCoinJar @coinbase . #Banks can fight it, but people want control of their money #ausbiz #auspol

“We do not share the same views as the Ministry of Justice on a potential cryptocurrency exchange ban,” MSF said according to the local Naver website.

Between the parabolic chart, banking rules, government regulations, hackers, and social media sites banning cryptocurrency ads and search results, one can hardly be shocked at the recent volatility in the crypto space.