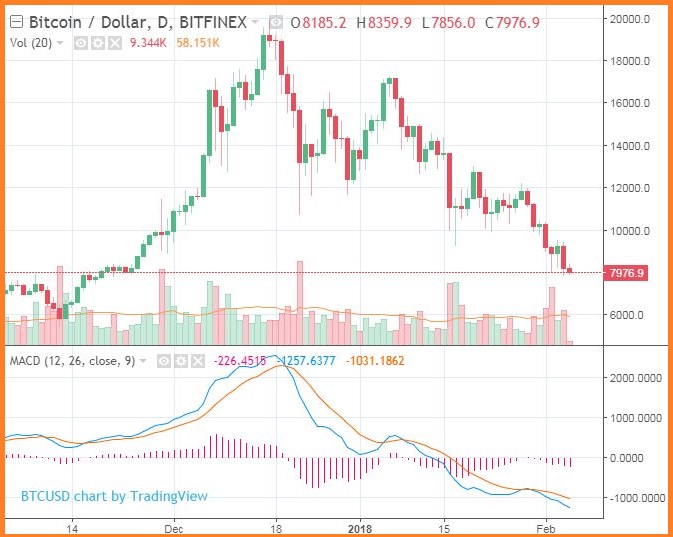 The Sunday night drop comes amid news that crypto-related advertisements have stopped appearing on Chinese search engine Baidu and social media platform Weibo, as part of sweeping crypto-crackdowns aimed at curbing speculative trading in the currency, according to cointelegraph.

Furthermore, the People’s Bank of China was told on Sunday that China will be ratcheting up regulatory pressure on cryptocurrency exchange sites and Initial Coin Offerings (ICOs), according to Chinese news outlet Sina.

In September 2017, China banned both ICOs and cryptocurrency exchanges. Some of those businesses responding by relocating off the mainland to Hong Kong. Now, Sina reports, Chinese government plans to mitigate that by banning domestic and foreign “virtual currency exchange websites.”

Meanwhile, the South China Morning Post news site reported that when the terms, in Chinese, “bitcoin,” “cryptocurrency,” and “ICO” were searched on Chinese search-engine Baidu and microblog Weibo, no obvious paid sponsored content came up alongside the expected organic results. –CoinTelegraph

Facebook similarly banned crytptocurrency advertisements last week, citing the giant number of fintech companies on the platform that are “not operating in good faith” –  a move which was received favorably on Reddit’s /r/Bitcoin forum, with users commenting on the large volume of scams they’ve seen floating around social media.

“Anyone who would actually buy because they were convinced by a Facebook ad will probably not research crypto properly and end up making more bad decisions and spreading more FUD.”

On the bright side this Sunday evening, Dow futures have recovered a bit, and are only down $186 as of this writing – having been down over $300 in earlier trade.