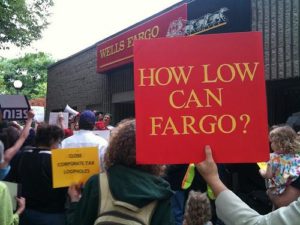 Shares of Wells Fargo plunged over 6 percent after hours following an announcement by the Federal Reserve ordering the bank to halt its growth until it can straighten out “systemic compliance problems” which have led to consumer abuses, “until it sufficiently improves its governance and controls.” 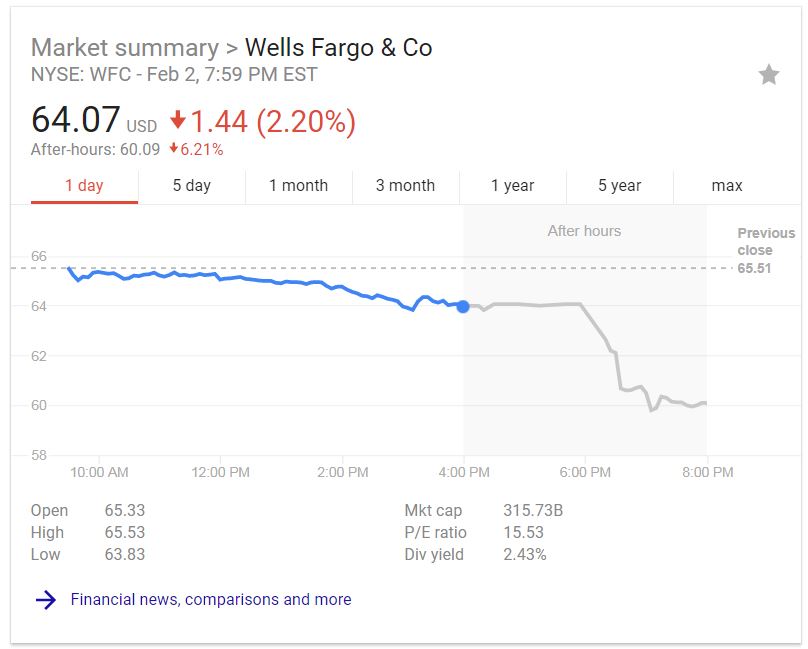 The country’s third-largest lender with $1.95 trillion in assets will also replace three current board members by April, and a fourth by the end of the year, according to the Fed – who did not name the individuals.

“Regulators have rarely intervened directly in a bank’s operations in the past, and it is unprecedented for the Fed to order a bank to stop growing altogether, officials said. The central bank said Wells Fargo’s aggressive business strategy prioritized growth over effective risk management, leading to serious compliance breakdowns,” reports Reuters.

The @federalreserve should remove every @wellsfargo Board member who served during this scandal. I don't know what they're waiting for.

Wells Fargo president and CEO, Timothy Sloan, said “We take this order seriously and are focused on addressing all of the Federal Reserve’s concerns,” adding “It is important to note that the consent order is not related to any new matters, but to prior issues where we have already made significant progress.”

Under the terms of the Fed order, Wells Fargo must maintain an average of $1.95 trillion in assets over any two-quarter period, which Fed officials say will allow the bank to continue its normal operations while halting expansion.

In order to comply with the Fed’s ruling, the bank must submit a plan within 60 days detailing how it plans to address the Fed’s concerns, and independent third parties will conduct a review by September in order to confirm that the bank is executing on its new roadmap.

The growth halt will be in place until this review, which will be led by the San Francisco Fed and top regulatory officials in Washington, has been completed to the Fed’s satisfaction, the Fed said. –Reuters

Wells Fargo agreed to pay $190 million in 2016 to settle charges that it created millions of fake customer accounts. Then in 2017, Wells Fargo uncovered up to 1.4 million more fraudulent accounts – bringing the total up to 3.5 million potentially fake bank and credit card accounts. The bank also discovered approximately 530,000 customers were enrolled in online bill pay without their authorization.

In the wake of the scandal, several top executives left Wells Fargo, including then-CEO John Stumpf.

If you enjoy the content at iBankCoin, please follow us on Twitter
2018-02-02
zeropointnow
Share
Previous Scaramucci Unloads On “Priebus The Fu**ing Sith Lord” , “Cock Of The Swamp” Bannon In Explosive Interview
Next Bitcoin Curb-Stomped Below $8,000 As China Yanks Online Crypto-Ads