Amazon unveiled a rainforest-like office space on Monday for Seattle employees who want to be one with nature while conducting meetings and going about company business in “organic” office spaces – such as a giant nest. 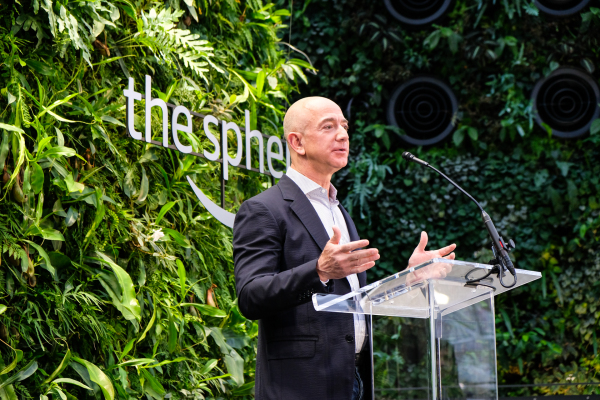 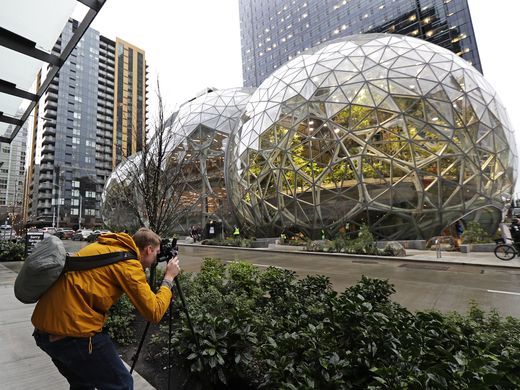 “The idea is that we connect them with nature,” said Amazon’s lead horticulturist Ron Gagliardo. “We get them away from their normal desk environment so you don’t see any desks or cubicles around.” 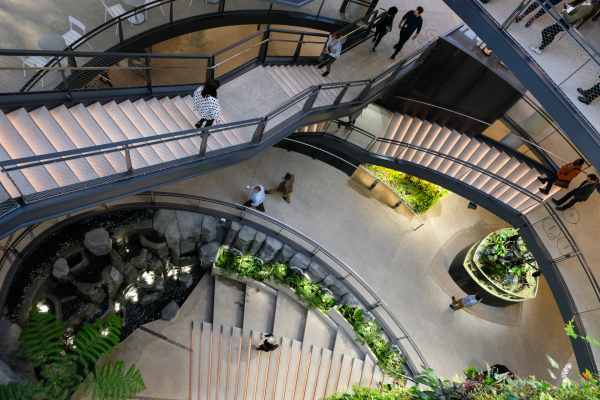 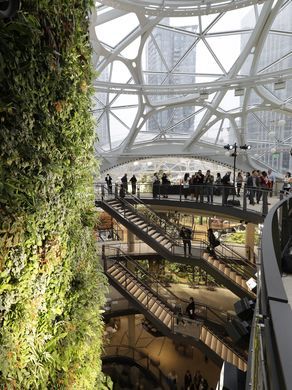 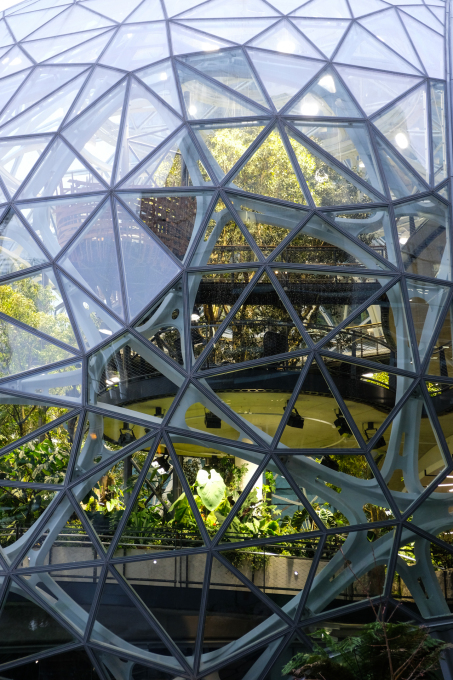 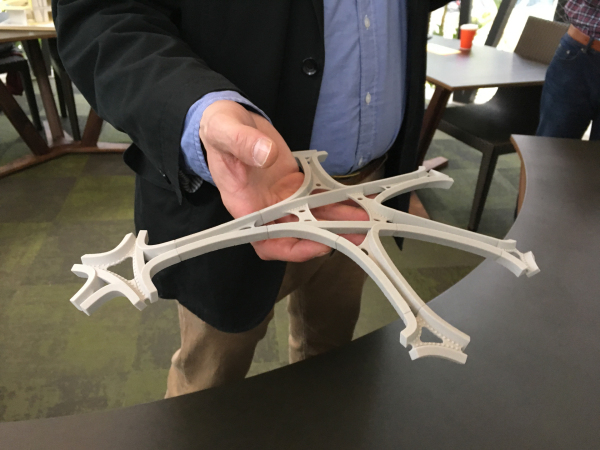 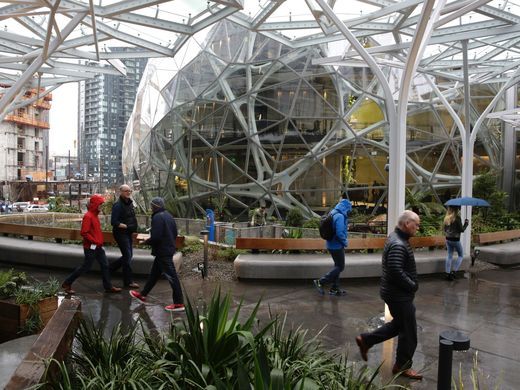 The complex can house up to 800 Amazon employees, and will feature over 40,000 plants from 400 botanical species, tree-house meeting rooms, waterfalls, a river, and of course – the nest. 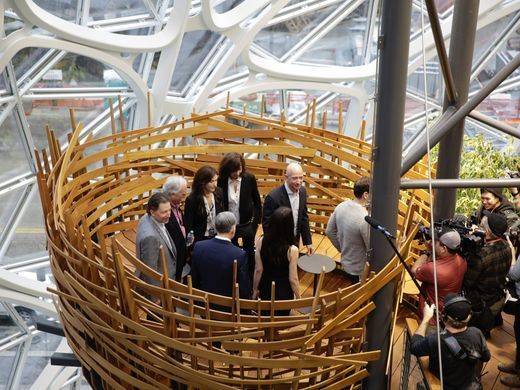 “We wanted to create something really special, something iconic for our campus and for the city of Seattle,” said John Schoettler, Amazon’s vice president of global real estate and facilities, during the opening ceremony

While the buildings will only be open to Amazon employees (unless you go on a company tour), shops by the entrance will be open to the public.

To see more pictures of the spheres, click here.

The new buildings mark the end of a busy month for Amazon.

Earlier this month, Amazon unveiled the 20 finalists for its coveted second headquarters. Cities including Los Angeles, New York and Washington, D.C. are among them. –USA Today

In mid-January the online retailer narrowed down its pick for a second headquarters from 238 cities to 20, including Boston, New York and Austin, Texas. The company plans to pick a winner later this year.

The company has invested $3.7 billion on infrastructure and buildings between 2010 and mid-2017, and says it plans to invest over $5 billion to construct HQ2 – which should create as many as 50,000 jobs.

If you enjoy the content at iBankCoin, please follow us on Twitter
2018-02-01
zeropointnow
Share
Previous Big Banks Punish Savers With Pathetic Interest Rates Despite Fed Hikes
Next Scaramucci Unloads On “Priebus The Fu**ing Sith Lord” , “Cock Of The Swamp” Bannon In Explosive Interview