A man from northern Mexico has been granted official disabled status because of his 18.9 inch penis believed to be the largest in the world after it was elongated with the use of weights. 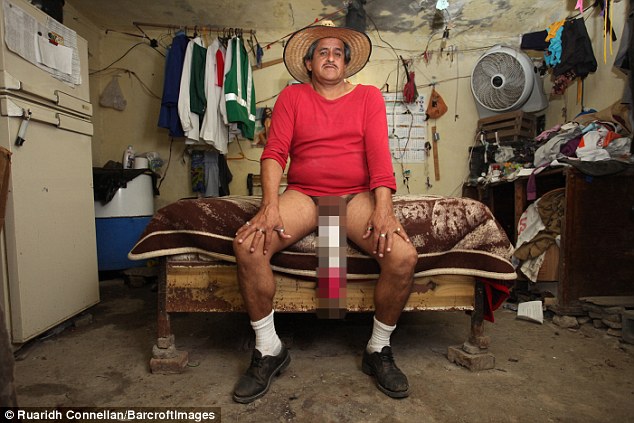 ‘I cannot run fast and so the companies think badly of me. They say that they will call me, but they never do.‘

Doctors say most of Cabera’s penis is actually foreskin from extensive stretching with weights, and that his actual penis underneat is six or seven inches.

Medics have urged him to have a reduction so he will be able to function normally and have children, but he has refused.

‘He’d rather have a penis bigger than the rest of the people,’ Dr Jesus David Salazar Gonzalez said. –Daily Mail

Mr Cabera responded to haters, satating: “I am famous because I have the biggest penis in the world. I am happy with my penis, I know nobody has the size I have.”

Cabera also has a variety of penis-linked health problems, including frequent urinary tract infections and chafing, which he combats by keeping his penis wrapped. He also sleeps with his penis in its own special pillow.

When asked if his giant penis affects his sex life, Cabrera said: “Some people ask me if I put some condoms on it and the answer is: I cannot. I can never penetrate anyone because it is too thick.” 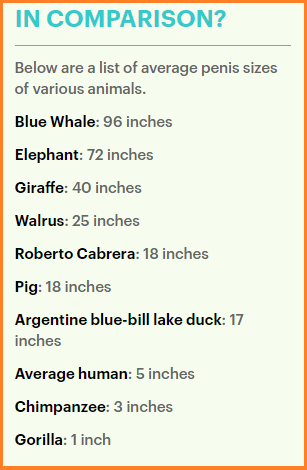 If you enjoy the content at iBankCoin, please follow us on Twitter
2017-12-20
zeropointnow
Share
Previous $1.5 Trillion GOP Tax Bill Passes House For Second Time, Heads To Trump’s Desk
Next GOP Cmte Member: Mueller Needs To “Put Up Or Shut Up,” While Sessions Needs To Stop Being A Spectator