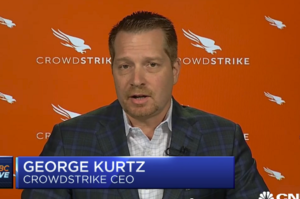 “They’re building a cache of bitcoin, if you think about it. It’s an anonymous currency, it can easily bypass any sort of sanctions because there are none on bitcoin, and the value has increased dramatically,” Kurtz told CNBC’s “Squawk Alley.” “It’s the perfect currency for North Korea to be hoarding.” –CNBC

Can someone say “prohibited country” regulations?

The opinion comes on the heels of an op-ed in the WSJ by Homeland Security advisor Tom Bossert, who says North Korea was behind the WannaCry ransomware hack earlier this year, which demanded ransom in bitcoin.

The U.S. government has assessed with a “very high level of confidence” that a hacking entity known as Lazarus Group, which works on behalf of the North Korean government, carried out the WannaCry attack, said the official, who spoke on condition of anonymity to discuss details of the government’s investigation. –CNBC

The WannaCry hack is said to have cost billions, crippling hospitals, banks and companies around the world – and “highlights the capabilities that North Korea has in cyber,” according to Kurtz.

Crowdstrike is the firm which analyzed the DNC servers and determined that Russia hacked them – however the Irvine, CA company came under fire in late 2016 when they had to retract a botched report on Russian hacking of Ukrainian artillery using the same “fancy bear” malware they also say the Kremlin used on the DNC servers.

The government of Ukraine issued a statement after the artillery report came out, calling it Fake News:

Ministry of Defence of Ukraine asks journalists to publish only verified information received from the competent official sources. Spreading false information leads to increased social tension in society and undermines public confidence in the Armed Forces of Ukraine. –mil.gov.ua (translated) (1.6.2017)

So DHS’s Tom Bossert drops an op-ed on a North Korean hacking operation which only takes Bitcoin, and the CEO of Crowdstrike follows up with a stark warning on Bitcoin hoarding by Pyongyang.

If you enjoy the content at iBankCoin, please follow us on Twitter
2017-12-19
zeropointnow
Share
Previous French Mayors Beg Macron For Help As Migrants Overwhelm Cities
Next Did Disney Imagineers Scramble To Turn A Hillary Clinton Robot Into A Trump Robot?