Google threatened alt-right website “The Liberty Conservative” Tuesday evening, warning them if they didn’t remove a specific article from the internet, the site would be deprived of all ad revenues from the Google platform. 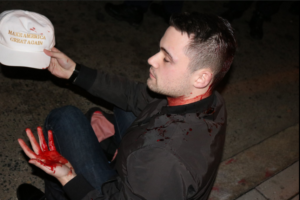 Alt-right youtube personality James Allsup – who was famously hit in the head during the inaugural ‘Deploraball’ by Antifa thugs – was a speaker at the “Unite the Right” rally in Charlottesville, VA a few weeks back, which ended in tragedy after a white supremacist drove his 2010 dodge challenger into a crowd of counter-protesters, killing one. A police helicopter flying overhead also crashed during the event, killing two on board.

Allsup, who stepped down as president of Washington State University’s college republican chapter two days after the rally, penned an article for The Liberty Conservative in November of 2016 in which he argues the differences between white supremacists and the Alt-right.

In a nutshell, he wrote that that race realism (differences between races, such as IQ and physical features) and white nationalism (establishment of a protected white ethnostate analogous to an ‘Israel for whites’ – as espoused by Richard Spencer) differ from white supremacy in that the first two are based on scientific data and a political objective – while white supremacists ‘believe, often without citing data or factual evidence, that white people are “just better.”

Allsup says that to understand the alt-right, ‘it is necessary to understand each of these distinct concepts,’ adding ‘Many young people, especially young men, have flocked to the alt-right because of its universal rejection of feminism and PC culture and strong embrace of masculinity and tradition.’

“White men in this country are tired of being blamed for every failure and hardship experienced by women and minorities. Does this make them alt-right? Not necessarily, but possibly. Does it make them a white supremacist or a white nationalist? Certainly not.”

“There are very few white supremacists within the alt-right itself. White supremacy as an ideology has largely disappeared from the United States, and is mostly being kept in the news by the media itself and the largely irrelevant Ku Klux Klan, which had a membership of between 1.4 and 4 million members at one point, but is now down to only 5,000 to 8,000 members.”

Whatever one thinks of Allsup’s argument, or lack thereof, the fact that Google summarily decided that The Liberty Conservative would lose all ad revenue if they didn’t remove the article sets a chilling precedent.

Shane Trejo, media relations director of the Republican Liberty Caucus of Michigan responded in the Liberty Conservative: “Either we were to remove a particular article or see all of our ad revenues choked off in an instant. This is the newest method that Big Brother is using to enforce thought control.”

The Liberty Conservative writer suggested that the article was singled out because it was written by former Liberty Conservative contributor James Allsup. Allsup was involved in the “Unite the Right” riot (which Trejo described as a “rally-turned-riot”) in Charlottesville, Va. Trejo said the article was targeted because “it was authored by a man deemed to be an ‘unperson’ by the corporate elite.” 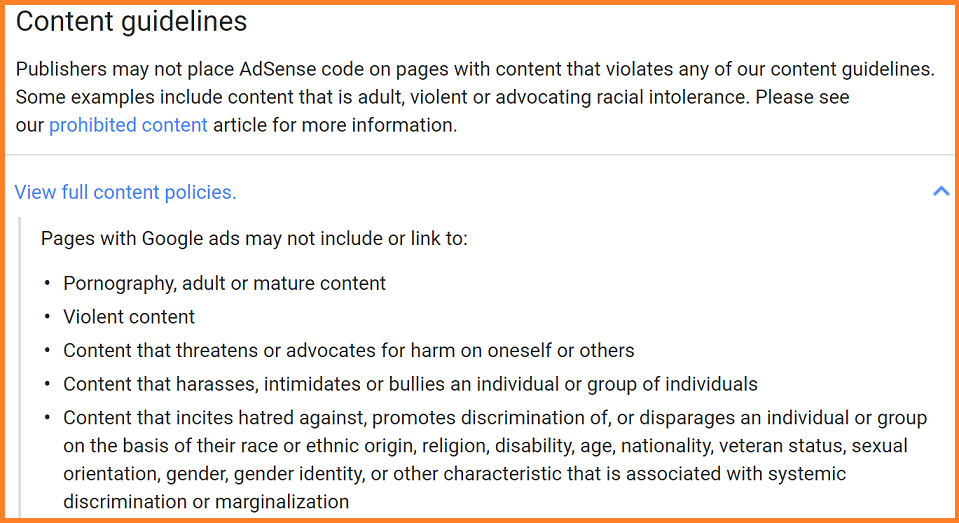 While Allsup’s article may be offensive to some, do you think Google has threatened Huffington Post with warnings and takedown notices for any of the anti-white articles they’ve published? 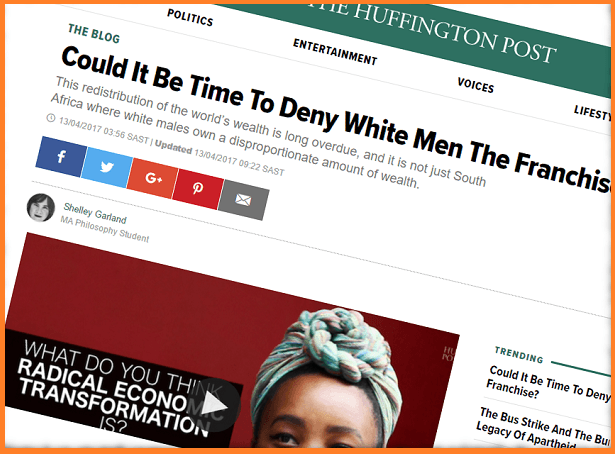 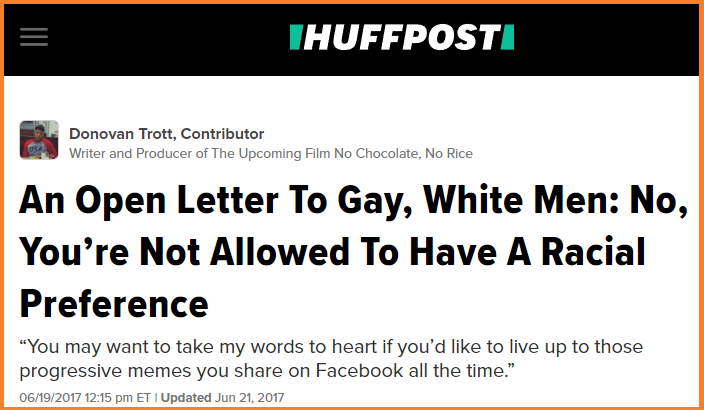 How about Salon, using this guy’s Chrome extension?

Just replace the word “white” with “black” and ask yourself if it’s content that ‘promotes discrimination on the basis of race.’

I made an extension that changes "white" to "black" on @HuffingtonPost, @Salon, and @BuzzFeed for hilarious results. https://t.co/Gp0PPaiGzX pic.twitter.com/TnNXvJzt7d 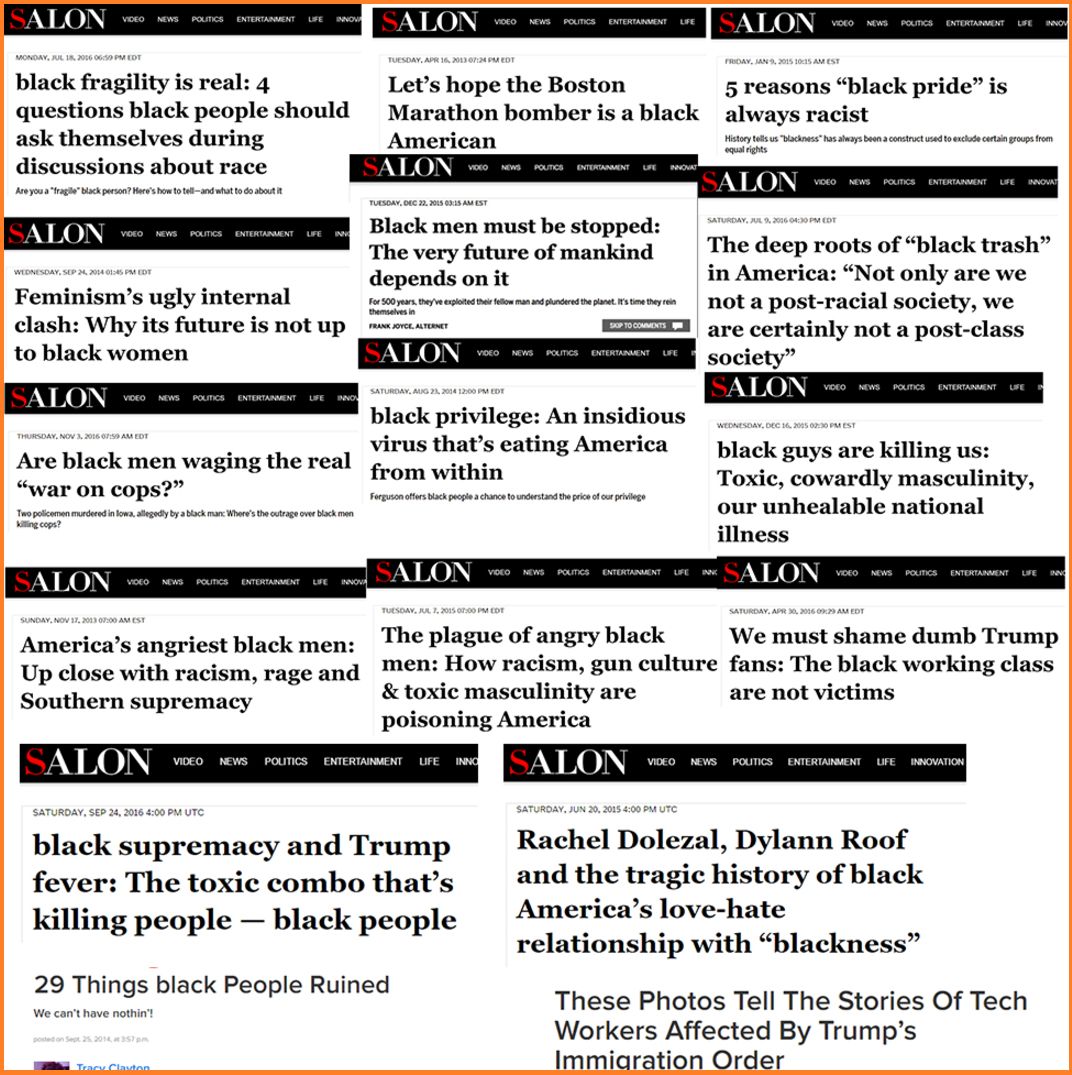 Will Google issue takedown notices to Salon or any of the other liberal rags for their clearly anti-white bias?

If you enjoy the content at iBankCoin, please follow us on Twitter
2017-09-01
zeropointnow
Share
Previous Get Ready To $MAGA With New Pro-Trump, Pro-Republican ETF
Next Imran Awan Pleads ‘Not Guilty,’ Wants Ankle GPS Taken Off For Nonexistent Uber Job