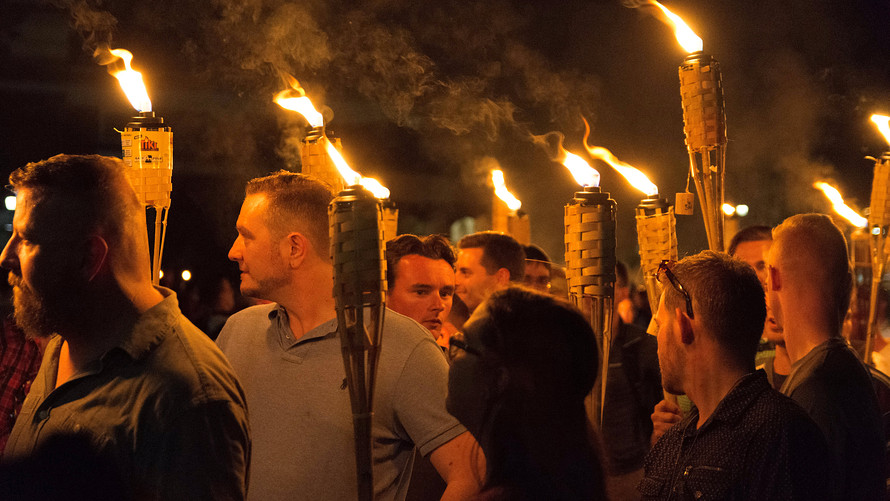 “Tiki Brand is not associated in any way with the events that took place in Charlottesville and are deeply saddened and disappointed,” read a statement on the company’s Facebook page. “We do not support their message or the use of our products in this way. Our products are designed to enhance backyard gatherings and to help family and friends connect with each other at home in their yard.”

Many around the interwebs noted the irony of white supremacists using Asian-made, culturally Polynesian torches.

I like it when when racists march with tiki torches, in clothes & shoes made by Asians. You can hate us but you can't escape us boo 😉

Nothing says "Defending White Culture" like carrying a Tiki Torch. A polynesian cultural product to defend and assert white supremacy

When you think you're the master race but you can't figure out how to make your own damn torch. pic.twitter.com/vwSCQofDkm

The company received an outpouring of support over Facebook. “It’s saddening that you even have to make this statement,” one woman wrote. Another commenter said “Neo-Nazis always highjack [sic] good things and wreck them by association.”

If you enjoy the content at iBankCoin, please follow us on Twitter
2017-08-14
zeropointnow
Share
Previous Dow Reclaims 22K, Nasdaq Ripping, Crude Falls On Greasy Trading
Next James Comey Destroyed In Letter By Anonymous FBI Agent Who Calls Him ‘Cowardly’ and ‘Juvenile’