The following was published in the NY Post on Friday, reportedly from a former FBI agent, ripping the former FBI Director a new asshole for failing to convene a grand jury against Hillary Clinton, execute search warrants, and for being “cowardly” and “juvenile.”

Dear John: You recently criticized the FBI for its investigation of Hillary Clinton’s e-mails.

I am a retired FBI agent and extremely proud of my career and service. I feel compelled to write. Former FBI Director James Comey’s statements, testimony and behavior are truly abhorrent.

Comey admitted under oath before Congress that the bureau did not utilize a federal grand jury in the Hillary e-mail investigation.

Furthermore, he testified that in his experience, when dealing with attorneys, you can obtain information easier and faster than via a federal grand jury.

Search warrants and/or subpoenas should have been executed at Clinton’s residences in Chappaqua and Washington and at Platte River Networks.

In fact, Comey frequently cites his vast experience. Well, I am certain that in every case with which he was involved (except this one, conveniently) he employed the use of a federal grand jury and all of the authority that encompasses.

Comey’s parsing of words to justify his cowardly decision was awkward and juvenile. These circumstances are indicia of Hillary’s intent (which, as we both are aware, is not a necessary element to satisfy the federal espionage statute) on which Comey placed so much emphasis.

Comey’s cowardice and lack of integrity is further exemplified in his surreptitious disclosure of confidential information through an intermediary to the New York Times.

Dear P.B.: I changed your initials and some other details because I’d like to speak with you and don’t want anyone to guess your identity.

My sources say Comey and three others made the decision on Hillary. The rest of the investigating agents weren’t consulted, and many were shocked by the decision not to pursue charges. 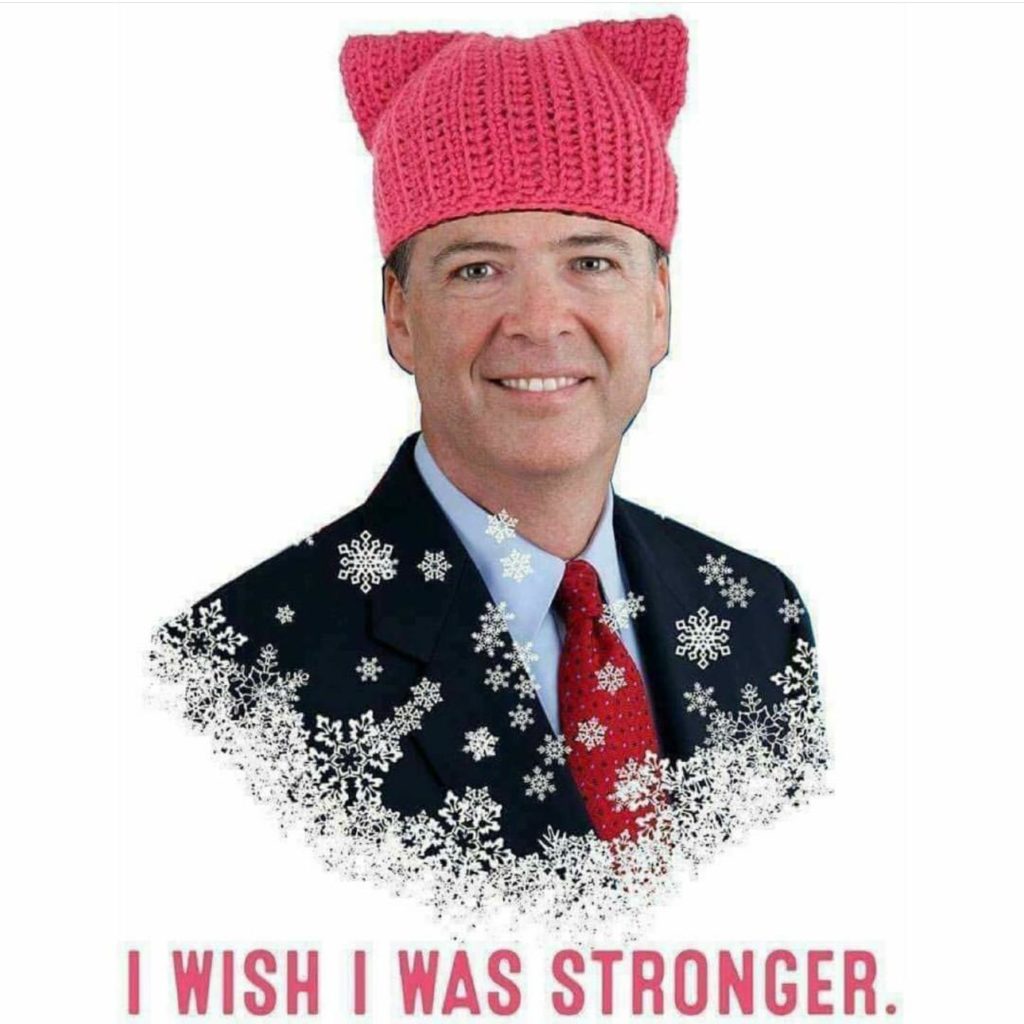