UPDATE: Former DNC director of Data Science Andrew Therriault shot off a tweet posthumously mocking Seth Rich – referring to him as “An Embarrasment.” Clearly he knew this was Rich’s account. Therriault deleted the tweet today, but the internet never forgets… 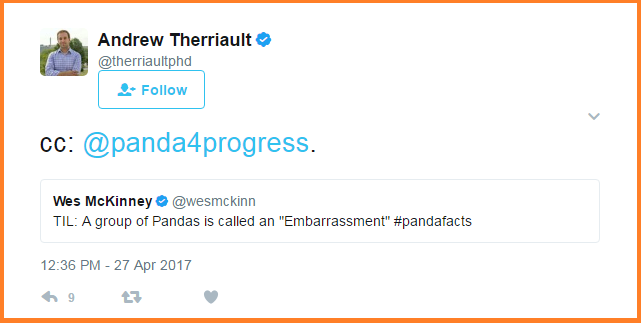 After private investigator Rich Wheeler claimed proof exists that murdered DNC staffer Seth Rich gave Wikileaks the infamous leaked emails from the 2016 presidential campaign (statements he’s since walked back on) – Reddit and 4chan have been hard at work trying to connect the dots surrounding Rich’s murder.

To that end, a user in Reddit’s ‘the_donald’ forum has found Seth Rich’s Reddit account – ‘MeGrimlock4’ (a Transformers reference) revealing much about the slain DNC staffer. For the most part, Rich seemed like a regular kinda guy – into football, dogs, patriotism, riding his bike, fun clothes, and volunteering at the Washington Humane Society.

His last submitted topic was about patriotic clothes

He was a Joe Rogan fan

He took a picture with Warren Buffett 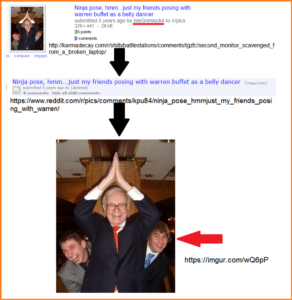 He believed in the Armenian genocide

He had a guiding quote 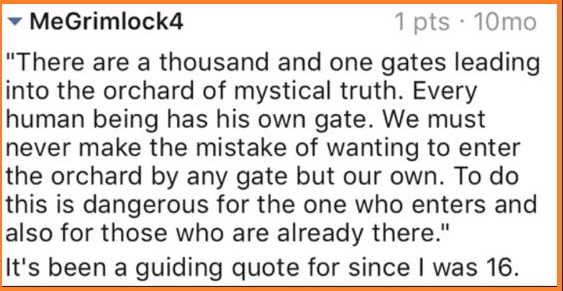 Seth Rich’s twitter is @panda4progress, which follows @Reddit, which led us to believe he was in fact a redditor. That seems consistent with this reddit account, in that they’re both in DC and have an interest in bicycles. Edit: not JUST bicycles. A company named “split” which this account is talking about here @Panda4Progress talks to them here. Also /u/MeGrimlock4 is posting about Nebraska football.

Rich was from Omaha. No cornfed midwestern kid from Nebraska isn’t a Huskers fan. THIS IS DEFINITELY SETH RICH’S ACCOUNT

Here’s where it gets interesting: /u/pandas4bernie and a tumblr by the same name ALSO stopped posting at the same time as this account. If that’s Rich, then that proves motive. Rich was a BernieBro.

On December 16th, 2015, NGP VAN updated the Votebuilder with a patch that contained a bug – allowing the Sanders and the Clinton campaigns to temporarily access each other’s proprietary voter information for around 40 minutes. Lo and behold, the Sanders campaign National Data Director, Josh Uretsky, was found to have accessed Clinton’s information and promptly fired.

Uretsky’s excuse was that he was simply grabbing Clinton’s data during the window of vulnerability to prove that the breach was real.

Sanders claimed that Uretsky was a DNC plant – “recommended by the DNC’s National Data Director, as well as a former COO of NGP VAN.”

So Seth Rich, a Bernie supporter, would have known people involved in the ‘hack’ Bernie says was meant to frame him…

It’s easy to speculate how Seth Rich could have become disgruntled after witnessing the DNC attempt to sabotage the Sanders campaign. As such, it’s not a stretch to imagine that Rich – a guy with access  to sensitive emails and technical skills, did in fact communicate with Wikileaks in order to expose and root out the DNC’s misdeeds.

(OR, Rich was involved in the DNC breach)

Another rumor floating around is that Rich was involved in the December 2015 ‘hack’ on the Clinton DNC files, since he was one of about four people who would have had access during the 40 minute window of vulnerability.

Given Rich’s apparent support of Bernie Sanders, however, it seems unlikely he would work to frame his campaign for hacking.

Whatever the truth, I’m sure Reddit and 4chan anons will fill everybody in.

If you enjoy the content at iBankCoin, please follow us on Twitter
2017-05-19
zeropointnow
Share
Previous Another Degenerate Secret Service Agent Busted – Gets 20 Years For Underage Sexting
Next Joe Biden Serves Up Side Of Beef – “I Never Thought Hillary Was A Great Candidate”