It’s been a rough few decades for the Secret Service…

In any large organization there are bound to be a few bad eggs who occasionally drag their employer into the mud. That said, if there’s one entity which should be held to the highest standards of conduct, it’s the U.S. Secret Service – the agency tasked with protecting the most powerful man in the world. Unfortunately, their track record reveals quite the opposite to be true.

A former White House Secret Service agent was sentenced to 20 years in federal prison on Thursday after pleading guilty to sexting with multiple underage girls.  Lee Robert Moore was arrested in November of 2015 when he sent pictures of himself to a Delaware Child Predator Task Force agent posing as an underage girl, perhaps while secretly servicing himself. This led investigators to discover Moore had been sexting with young girls in Texas, Florida and Missouri.

It is particularly galling that he was himself an armed guard at the single most important residence in our constitutional republic, yet he repeatedly used that guard booth to take photos of his penis and send them to underage girls.

This isn’t the first time Secret Service members have been caught with their pants down, drunk, or unwilling to do their job…

Then there were the prostitutes procured for VIP’s – which Obama administration aides were notified of per the Washington Post.

[N]ew details drawn from government documents and interviews show that senior White House aides were given information at the time suggesting that a prostitute was an overnight guest in the hotel room of a presidential advance-team member — yet that information was never thoroughly investigated or publicly acknowledged.

As a result, dozens of agents were disciplined or fired, and the hooker stiffed on the $800 tab was paid $250.

One of Mike Pence’s Secret Service agents was suspended in April of this year after the off-duty officer met with prostitute at a Maryland hotel. Sorry bud, you’re a member of the Secret Service – can’t do that.

In 2015, drunk Secret Service agents crashed into a White House security barrier. Investigating the incident at the time was (suddenly retiring family man) Jason Chaffetz, whose 2003 rejected application to work for the Secret Service was accessed by dozens of agents over 60 times, including assistant director Ed Lowery. The application was eventually leaked it to the press.

42 year old Iraq war veteran Omar Gonzalez hopped the White House fence in September of 2014, walked into the White House armed with a knife, and made it deep inside to the East Room before Secret Service agents tackled him. Secret Service director Julia Pierson resigned and four senior officials were reassigned as a result of the latest incident in a string of agency mishaps.

Then in March of this year, another guy jumped the White House fence and managed to evade the Secret Service for over 16 minutes! 26 year old Jonathan Tran waltzed around and jiggled door handles before being placed under arrest.

The Secret Service confirmed late last week that a California man jumped across a fence near the Treasury Department on March 10 and made his way onto the White House grounds, where Chaffetz said he was able to peer into windows and jiggle the handles on doors.

The Secret Service is perhaps sharpening their game however, as a woman attempting to jump the fence was stopped on Tuesday of this week.

Three days before the fence jumper with the knife, Obama’s Secret Service detail let the President get into an elevator with an armed security guard who started snapping pictures. The man was asked to stop taking pictures before eventually being removed from the elevator.

Unwilling to take bullets for the sitting President

After President Trump was elected, Secret Service agent Kerry O’Grady  – formerly in charge of the Denver office, posted on Facebook that she wouldn’t defend or ‘take a bullet’ for President Trump. The spouses of several Secret Service agents circulated a petition calling for O’Grady’s immediate removal, however she was simply put on administrative leave and demoted.

No wonder President Trump has his own private security 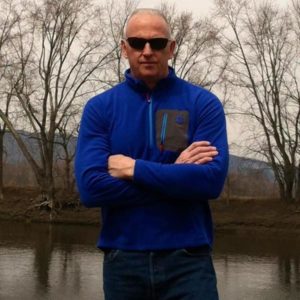 Trump’s head of security (and now Director of Oval Office Operations) is this guy; retired New York cop and Navy veteran Keith Schiller who has worked for the President since 1999. He accompanied Jared Kushner on a recent trip to Iraq, and was recently selected as Trump’s envoy to deliver FBI Director James Comey’s termination letter.

During the election, Politico reported that Trump’s security detail led by Schiller was quite formidable, calling it a “privatized mercenary force.’

Trump has assembled a privately funded security and intelligence force with a far wider reach than other campaigns’ private security operations: tracking and rooting out protesters, patrolling campaign events and supplementing the Secret Service protection of the billionaire real estate showman during his nontraditional campaign for the GOP presidential nomination.

While Trump still uses the still-reforming Secret Service as his primary protective detail, I believe it’s safe to say that much like the Wu-Tang Clan, Kurt Schiller is not to be trifled with.