Rand Paul To Tucker Carlson: Let’s Audit The Fed – Oh, And WTF Is Up With The Neocon Iraq War Architect Trump’s About To Appoint? 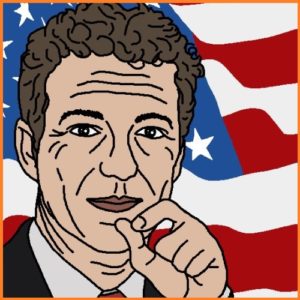 After a Democrat filibuster of Rand Paul’s “Audit the Fed” bill – reintroduced in January along with 8 co-sponsors and passed by 53 Senators including Bernie Sanders, the Senator from Kentucky believes he may find a friend in President Trump, who has previously endorsed the idea. Opponents to the audit, also known as establishment shills, suggest that transparency might lead to scrutiny. You don’t say?  On Tucker Carlson Tonight, Paul explained how the Fed hurts people:

The reason I want oversight is people get hurt in the downturn,” Paul said. “So in 2008, when the housing market went bust, I blamed that on the Federal Reserve. We’re right in the middle of another boom. Anybody seen the stock market lately? It is a boom, just like the real estate boom of 2008, and it will come to an end. I wish I knew exactly when, so I could give your viewers some investment advice, but it will end. There will be a correction.” –RealClearPolitics

Given the Trump’s rollback of Dodd-Frank, which included provisions to audit dark money emergency lending facilities (yet harmed small businesses and community banks) – Auditing the Fed is perhaps more important than ever.

Just as interesting: Carlson, a patriot, brought up another issue which Rand Paul and many others feel strongly about; rumors of Neoconservative Never-Trumper Elliott Abrams imminent appointment as second in command at the State Department. As Paul writes in a Rare op-ed yesterday:

Crack the door to admit Elliott Abrams and the neocons will scurry in by the hundreds.

Neoconservative interventionists have had us at perpetual war for 25 years. While President Trump has repeatedly stated his belief that the Iraq War was a mistake, the neocons (all of them Never-Trumpers) continue to maintain that the Iraq and Libyan Wars were brilliant ideas. These are the same people who think we must blow up half the Middle East, then rebuild it and police it for decades.

As Think Progress writes of Abrams:

Abrams was one of the defendants in the Iran-Contra Affair, and he pled guilty to two misdemeanor counts of withholding information from Congress. He was appointed Special Assistant to the President and Senior Director on the National Security Council for Near East and North African Affairs during Bush’s first term, where he served as Bush’s chief advisor on the Middle East.

That’s about as swampy as it gets, and contrary to just about everything Trump campaigned on.

Paul had the following to say on Tucker about Abrams:

Someone who was a never-Trumper should never be in a Trump state department – for goodness sakes!

Regime change, Iraq War; Elliot Abrams was one of the key architects of the Iraq War. We don’t need people with a failed policy back in. Donald Trump represents something new and different, and is I think, a welcome relief from the Neocons.

If you enjoy the content at iBankCoin, please follow us on Twitter
2017-02-08
zeropointnow
Share
Previous Rahm Emanuel Tells Democrats To Stop Crying, Bend Over For “Long Haul” – Then Offers Subversive Advice On Dirty Politics
Next FAKE NEWSFLOW: Are The NY Times, Guardian, And WaPo Buying Clicks? China Jumps From Trickle To Half Of All Traffic In Two Months