125,000 Disney Employees To Get $1000 Cash Bonus, Higher Education Benefits Thanks To Tax Reform 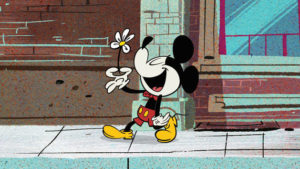 Disney is granting 125,000 employees a one-time $1,000 cash bonus, and will make a new $50 million investment into higher education for full time and part time employees who have been with the media giant since before January 1 of this year.

“We are directing approximately $125 million to our cast members and employees across the country and making higher education more accessible with the launch of this new program,” CEO Bob Iger said in a statement.

The employees can thank the recent GOP tax reform for the cash infusion – as Disney joins a giant list of other corporations citing the tax bill for similar bonuses, including; Boeing, AT&T, Wells Fargo, Comcast, Bank of America and Walmart.

Elligable employees will receive their bonus in two parts; one in March and the other in September, with executive level employees exempt from what would surely be pocket change.

The company’s $50 million education initiaive will be available to nearly 88,000 hourly US employees. 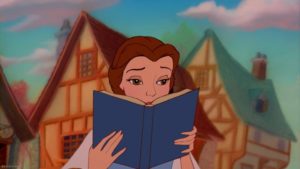 “Participants can pursue qualifying higher education or vocational training, including courses unrelated to their current responsibilities at Disney,” the company said in a statement.

The two initiatives will cost the company $175 million in the current fiscal year out of its $8.9 billion annual net revenue.

Disney also plans to fork over $52.4 billion in stock for much of Twenty-First Century Fox’s movie studios, as well as networks Nat Geo, Hulu and FX, and Asian pay-TV operator Star TV.

If you enjoy the content at iBankCoin, please follow us on Twitter
2018-01-23
zeropointnow
Share
Previous FBI Chief Of Staff Who Worked On Clinton Exoneration Leaving After Congressional Testimony
Next 2017 Marked Mexico’s Deadliest Year In Recorded History; 2018 Off To Bloody Start