Given that the average person spends around 300 hours a year driving, and more and more cars are connected to the internet, Silicon Valley automotive technology firm Telnav has just announced an “in-car advertising platform” for internet-connected cars, which plays “relevant” ads to captive occupants as soon as the vehicle comes to a stop.

The In-Car Advertising Platform is powered by Telenav’s In-Car Ads SDK (Software Development Kit) and cloud-based intelligent targeting platform. The platform’s focus on safety, context, and value makes it an ideal in-car ad solution for both drivers and OEMs.

To ensure driver safety, ads only appear when the vehicle is stopped, such as at car startup, traffic lights and upon arrival. The ads automatically disappear whenever the car is in motion or when users interact with other in-dash functions such as music or phone calls. –TelNav

The Santa Clara company hopes to sell their platform to automakers, ostensibly leveraging preexisting relationships with Ford, GM, Toyota and AT&T for which they provide “custom connected car and mobile experiences.” And as Silicon Beat reports, vehicle owners will pay more for connected-car services if they decline the ads.

In a Friday press release, CEO H.P. Jin called the ad platform “an exciting new opportunity” for vehicle manufacturers to “monetize connectivity to cover service costs and even drive healthy profits while enriching the consumer experience with safely delivered, engaging and relevant offers.”

“This approach helps car makers offset costs related to connected services, such as wireless data, content, software and cloud services,” said a spokeswoman for Telenav on Friday, adding “In return for accepting ads in vehicles, drivers benefit from access to connected services without subscription fees, as well as new driving experiences that come from the highly-targeted and relevant offers delivered based on information coming from the vehicle.”

TelNav isn’t the first company to offer in-car services, as General Motors rolls out its “Marketplace app,” allowing drivers to “browse deals and place orders through and in-dash touchscreen with several major brands such as Starbucks Corp., TGI Friday’s, Priceline.com and Dunkin’ Donuts Inc,” according to GM: 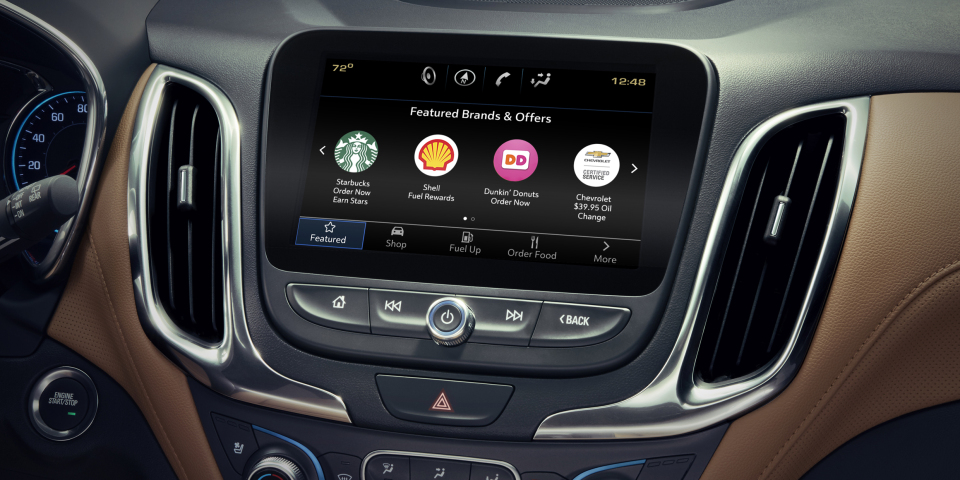 With Marketplace, drivers can now order and pay for their favorite coffee — and much more — on the way to work with a simple tap on the dash. –GM

While there’s no word on whether GM’s Marketplace app will advertise to passengers outside of serving up specific brands to choose from, Telnav outfitted cars would offer real-time, contextual, location-based advertisements to offer proximity-based targeting on their “Thinknear” mobile advertising website.

Need gas? TelNav’s ads can direct you to the nearest station, perhaps even offering a discount.

“Relevant ads such as coupons and recommendations are delivered to customers based on information from the vehicle, including frequently traveled routes, destinations, and time of the day,” the company said.

“As an example, drivers can be encouraged to pick up a discounted pizza on the way home or be alerted to sales at stores near their destination. In addition, when the vehicle is low on gas, the platform points out nearby stations along the driver’s route, potentially with discount offers.” 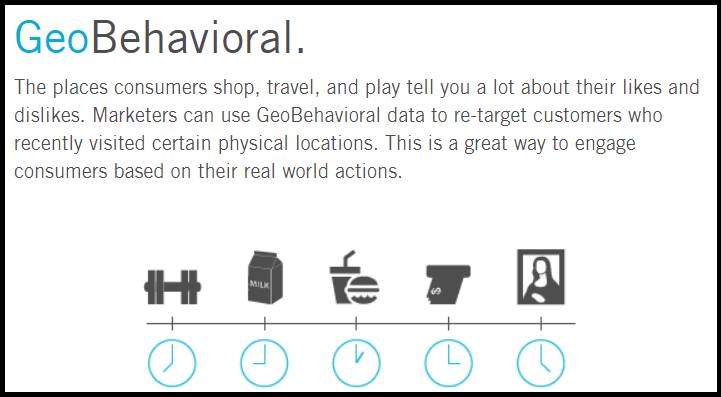 While the platform has the ability to provide animated ads, the company says most advertising will be static and will not contain audio. In addition to disappearing when the car is back in motion, the ads can be canceled if “users interact with other in-dash functions such as music or phone calls.”

That said, driver distraction won’t be an issue with self-driving cars – which means captive audiences being bandied about town by digital drivers will likely be forced to sit through an ad-rich ride, unless they pay up of course.