To take your mind off nuclear war with North Korea and deadly hurricanes, let’s talk about other ways to cull the herd…

Scientists in Hangzhou, China have discovered a new strain of antibiotic-resistant pneumonia which spreads incredibly fast, after a 2016 outbreak in a hospital ICU led to the deaths of five patients ranging in age from 53 to 73. In findings published in The Lancet, researchers conclude that the new superbug poses a “substantial threat to human health” due to the fact that it is “simultaneously hypervirulent, multidrug resistant, and highly transmissible.”

K. pneumoniae  (ST11 CR-HvKP) is a triple threat; a deadly combination of two previously known strains of pneumonia; one which shrugs off all but the toughest antibiotics, and the other which is classified as ‘very severe’ and ‘hypervirulent’ in terms of lethality and how quickly it spreads.

The new report also reveals that samples from other parts of China tested positive for the new superbug, noting that “[f]ailure to control its early spread right now, will make a global epidemic of carbapenem-resistant [CRE], hypervirulent K. pneumoniae hard to avoid,” advising that “Control measures should be implemented to prevent further dissemination of such organisms.”

While Allergan’s U.S. approved antibiotic of last resort ‘Avibactam’ can likely handle ST11 CR-HvKP, it is not available in China, which currently has nothing it its pharmaceutical arsenal to battle the infection.

The microbe can fight off all drugs available in China, Chen says. “We don’t have anything in China to stop it,” he says. “There is a drug available in the U.S. that should be effective against it, but we haven’t tested it yet.”

In the outbreak, the five patients who died were all older than 53. They were all on ventilators after undergoing major surgeries. And they died from severe lung failure, multiorgan failure or septic shock, the researchers found.

“The disease progresses very fast,” Chen says. “It starts in the lungs and then infects other organs, like the liver.” 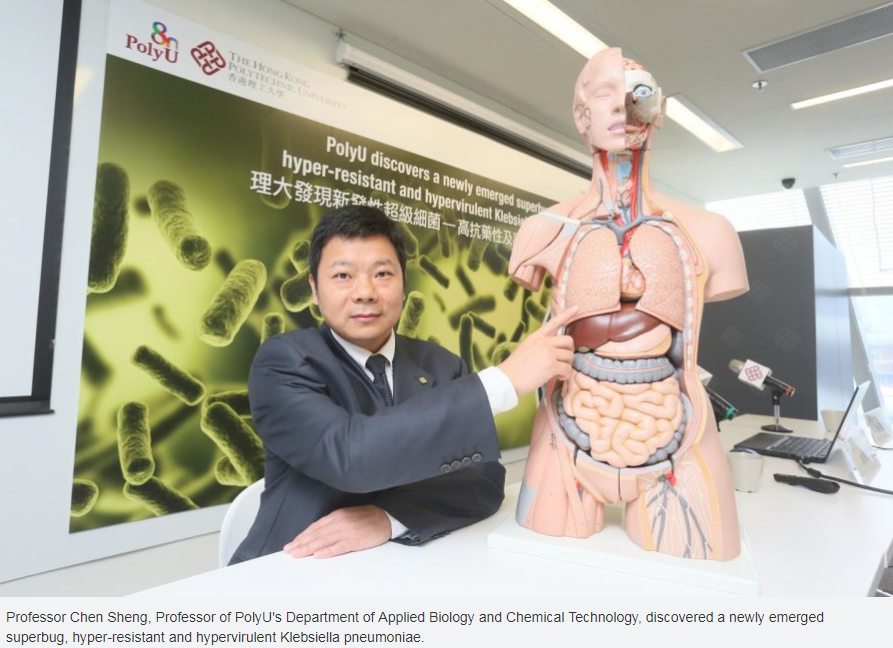 Until China approves Avibactam or a similarly effective antibiotic of last resort, doctors and health officials can prevent the spread of hypervirulent pneumonia by quickly identifying outbreaks and isolating the infected.

If you enjoy the content at iBankCoin, please follow us on Twitter
2017-09-05
zeropointnow
Share
Previous Barclays Warns Hurricane Irma Damage Could Be ‘Largest Ever’ – Insurance Co’s Spiral
Next Hillary’s New Book Shifts Blame For Election Loss On… BERNIE SANDERS!?