Tesla busted out with a very oversubscribed bond offering of nearly $1.8 billion last Friday in an expected cash infusion. Announced August 4 and originally slated for just $1.5 billion, the cash infusion consists of eight-year unsecured bonds at 5.3% – according to a SEC filing.

Tesla initially wanted to sell $1.5 billion worth of debt but enlarged the offering because of overwhelming demand, according to IFR, a Thomson Reuters unit. The yield was slightly higher than the 5.25 percent cited at the initial launch.

Cash proceeds will help finance production of Tesla’s Model 3, which it is banking on to hit the mass market bullseye and finally help the company turn a profit. Tesla aims to boost production to 500,000 cars next year, about six times its 2016 output. –MarketsInsider

With $3 billion in cash on hand and a burn rate of $100 million / week according to CFO Deeoak Ahuja, Tesla’s cash injection was expected prior to the Aug. 4 announcement, after spending over $2 billion in the most recent quarter. Most analysts, however, expected an equity raise instead of adding more debt to their existing $7.1 billion load.

“Without the proceeds from the note offering, Tesla’s liquidity position would be stressed,” analysts at Moody’s said, warning of risks to potential investors.

Bond investors will not be looking at whether Tesla’s stock is way up or way down, but rather at whether Tesla is likely to be able to service its debt through the maturity of its bonds. What Tesla is actually doing with its cash flow will come under greater scrutiny. And the source of that cash flow will also be under the microscope.

This means that Tesla’s ability to execute with its core business will be critical. Build cars, sell cars, and do it at a profit. In this context, veering off into semi-trucks and the freight business might look foolish — even self-driving, given the mountain of manufacturing that Tesla has to climb over the next year or two (500,000 deliveries by the end of 2018, a million by 2020), could be interpreted as a story-changer, rather than a move that would reverse Tesla losses and take the company out of recurrent capital-starvation mode. –Business Insider 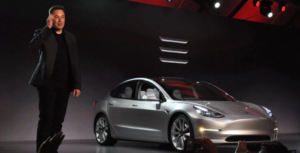 Tesla plans to make 5,000 of its new Model 3 per week by the end of 2017, eventually ramping to 10,000 / week at it’s Fremont factory – an ambitious target.  One wonders if Moody’s has considered whether or not Tesla would be able to service their new bonds if Federal electric vehicle subsidies disappear?

Electric car sales in Denmark plunged more than 60% year over year – a move attributed to the progressive phasing out of subsidies for electric cars, announced in late 2015.

Tesla, whose sales were skyrocketing at the time, lobbied against the move, with Chief Executive Officer Elon Musk warning during a visit to Copenhagen that sales would be hit. 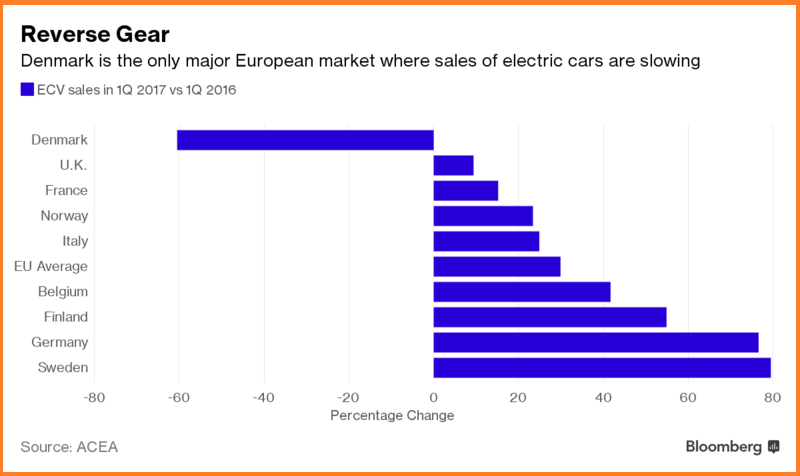 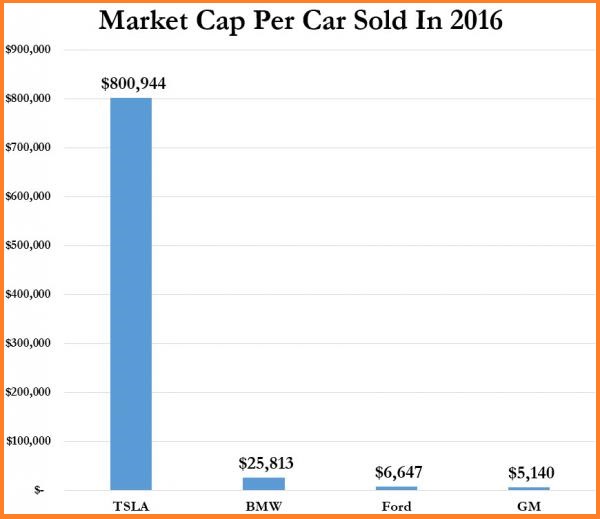 Will the U.S. government end subsidies for electric vehicles? Maybe, maybe not – but Trump can’t be happy about Elon Musk ditching his economic advisory council after the United States pulled out of the Paris climate accord – so who knows..

If you enjoy the content at iBankCoin, please follow us on Twitter
2017-08-14
zeropointnow
Share
Previous Iran Parliament Chants ‘Death to America’ After Voting To Boost Missile Production
Next Report: ‘Unite the Right’ Organizer Jason Kessler Was Occupy-Movement Obama Supporter 8 Mos Ago