ISIS has taken responsibility of both attacks according to Fars news. https://t.co/pclQwzBCav

UPDATE #2: Shots heard from inside Parliament

Shooting heard from within #Tehran #Parliament in #Iran https://t.co/EBXgDD747D pic.twitter.com/G6bkIZtLRA

No the explosion was a grenade, other agency reports. Now terrorists are allegedly shooting from windows.

One of the parliament attackers: 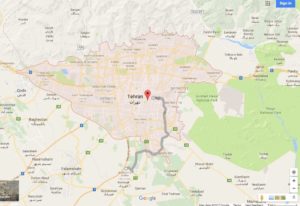 Mixed reports are rolling in that at least one guard was killed after a gunman opened fire inside the Iranian parliament on Wednesday, wounding several people, state media reported – and a gunman has now reportedly fled the parliament building:

Initial reports have varied between one gunman and three men armed with rifles and a pistol.

Concurrently, an armed man entered the mausoleum of Iranian revolutionary founder Ruhollah Kohmeini and opened fire before reportedly blowing himself up.

#BreakingNews: A suicide bomber detonated himself at mausoleum of Imam #Khomeini in southern #Tehran #Iran

If you enjoy the content at iBankCoin, please follow us on Twitter
2017-06-07
zeropointnow
Share
Previous Tucker Carlson Debates BLM Supporter Over Blacks-Only Segregated Event
Next Qatar Military On HIGHEST State Of Alert Over Imminent Regime Change