Supreme loser Hillary Clinton was helped down from her spiderweb today, wearing her most victimy purple, to let all of us know that lives are at risk because of the “dangerous epidemic” of FAKE NEWS…

Hillary Clinton says fake news is an epidemic: “this isn't about politics or partisanship—lives are at risk…danger that must be addressed” pic.twitter.com/KNbYImmIYg

…fake news, like you know, using media surrogates to sell the general public on the lie that an anti-Muslim Youtube video caused Benghazi, for which the filmmaker went to prison – when Hillary knew from the beginning exactly why Benghazi happened. Friggin’ liar.

Well, today the internet wasn’t buying any of Hillary’s shit:

The strategy here is to treat you like you’re a total moron, too stupid to process information and decipher tabloid material from well sourced journalism. It’s common knowledge, provably so thanks to Wikileaks, that the mainstream media and our government have worked together for many years to shape public opinion virtually unchallenged. Lies are invented, countless innocents are murdered (picture from 2012), and the public implicitly trusts their infallible newscasters in Pavlovian compliance. Not so much anymore… with this new “Fake News” bullshit, people are noticing how contrived the whole thing is, and the tools used, to censor dissenting opinions.

Soon after Hillary’s low energy dire warning about the lives at stake, pundits were chiming in:

Dear mainstream media: Calling everyone apart from yourself "fake news" is kind of a hint that you just want to silence your competition. 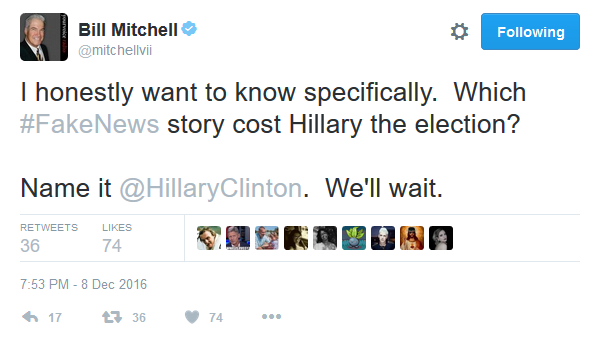 Question of the Day: Should the mainstream media apologize for spreading the fake news "hands up, don't shoot" lie? #Hannity

UGLY week @washingtonpost— Story on Fake news was based on fake source; then Wrongly accused & tied @GenFlynn & #TruePundit to #pizzagate.

Perhaps it was in fact the left’s unique brand of actual Fake News that cost Hillary the election? 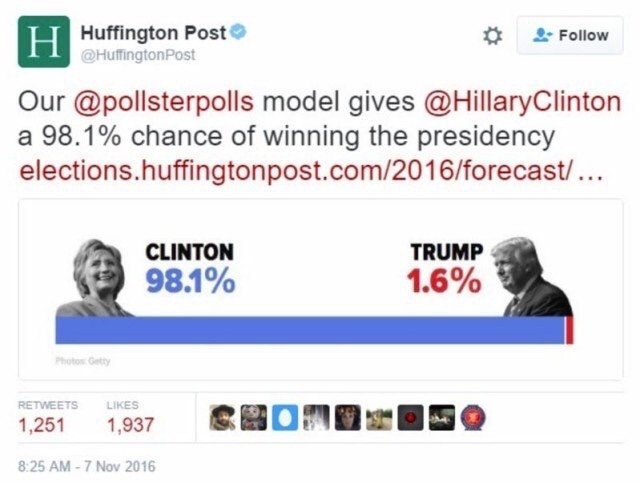