According to Shadowstats, inflation adjusted income is at 1950 levels. Of course, production has been high and we have been doing more with less, and technology has evolved so that does not mean we are at 1950s life style (the current official CPI numbers uses hedonics and subsitutions so that basically inflation is more a measure of quality of life rather than the monetary expansion and effect on price. I.e. a computer costs $500 now when in the 1990s it’s costs was $2000 so even though that occurred as a result of production it is considered deflationary. It just means that gasoline and food prices are high which aren’t reflected in the official CPI numbers. Well if there was this sort of drastic reduction in inflation adjusted income, it would only be logical that home prices on the same measurement were adjusted to 1950 levels. We can see that at this point it is actually significantly lower. In fact it is at it’s 1920 levels at all time lows. If you compare income from 2005 when housing was significantly higher priced to what it is now, there is not enough of a reduction in inflation adjusted income to justify the inflation adjusted decline in real estate. I realize that some people have issues with using the shadowstats site so going forward I will only use the official CPI adjusted. Well even if you use the official CPI you can see income since 2005 has not fallen much but home prices have. On the other hand if you consider income at around 98 or 88 levels then we are not quite back to where we started. However, let’s not forget that interest rates are lower and thus a monthly payment on a house will be less as a result of lower interest rates.

Is there any indication of when things will become under valued enough to be worth looking at other than just CPI? Yes, we can look at a historical valuation perspective relative to other assets. This time I will use the official CPI to give us a price of home, and I will see how it compares to stock valuations. I use 1 divided by the 10 year trailing PE plus the dividend yield for that single year and take 1/ that number to convert it back to PE. Then I will adjust it so high home price and low valuations of stock to represent a high number so that the high number represents a time when real estate is overvalued relative to stocks and a low number will represent a time when real estate is undervalued relative to stocks. So I will take the Case shiller index divided by this stock valuation. 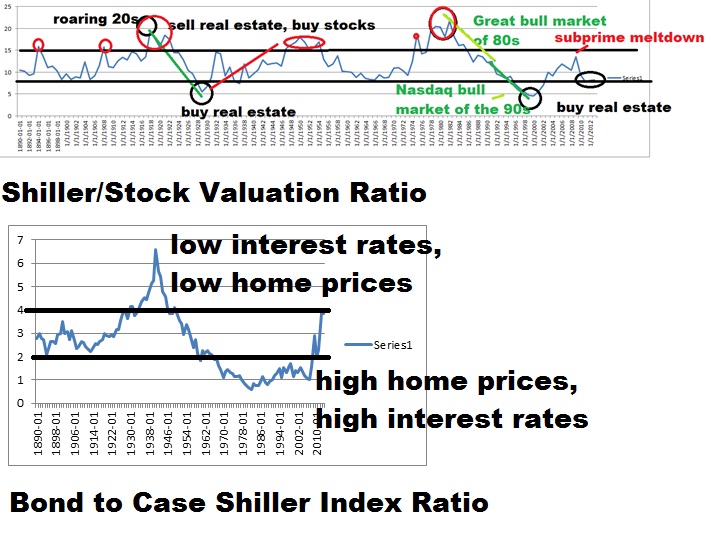 I took 10 divided by the bond yield to convert it to price so that a low number meant the bonds were undervalued and provided a high return similar to like a did with a low adjusted PE for stocks. For some reason I took bonds divided by the shiller instead of the shiller divided by bonds, so this time a high number represents when bond prices are high and their yield is low and interest rates are low and home prices are low so the ability to finance a property is good and also the need to hold your money locked away in bonds is low.

Well, we can see there is a reason to consider shifting some capital into real estate, particularly if you can rent a property and get positive cash flow and build equity from which you can use to get a loan to acquire more properties and more cash flow and continue this process over time while prices are low relative to other assets. 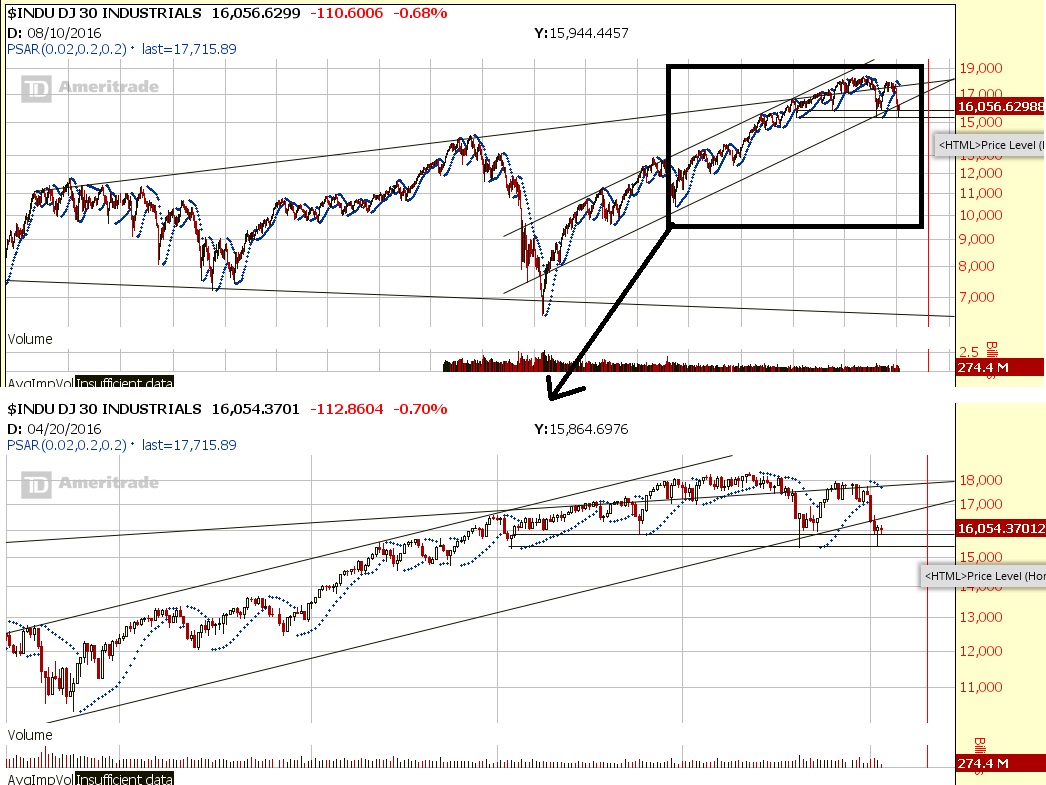