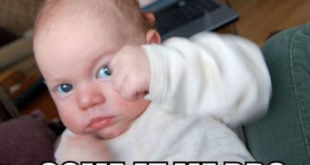 1)Own no more than 20 *active* option positions

2)Own no more than 40 option positions total.

6)10% income position that is always on except sold to avoid margin.

8)Only take a trade where reward is 3 times the risk or more.

9)Monitor breadth to add more when it’s oversold or when it makes a strong breadth thrust off of oversold, add normally when it’s not overbought, and add proportional to rate of selling or slower when it’s overbought or trending down from overbought (until oversold signal).

*A position that falls 75% below it’s original value you basically write off as a loss.

-Watchlist is developed through OABOT’s top 400 and manually filtered from there to usually 20-60 names.

-Reward/risk will automatically update once it’s in the watchlist.

-Trading rules for entry that must follow the above portfolio rules and also an entry checklist which should also be using triggers.

1)As stocks are bought, input the stop, target, entry price into spreadsheet.

2)Since many of you are already trading, don’t worry about importing a large list of current holdings… just update the next trade until you phase out the old trades.

3)Stock must be below stop 5-10 minutes before trading close to trigger a sell.

4)Stock above target has a separate rules of waiting for the candle to close below prior candle low or failing to close above prior candle high Sell before the following candle’s close.

6)Generally update and check spreadsheet every hour. Also monitor watchlist stocks for purchase. On options expiry day check them every 10-15 minutes. One trick with that is if the stock is higher than the last time you checked, you don’t have to look at a chart.

END_OF_DOCUMENT_TOKEN_TO_BE_REPLACED

In trading systems there are the first set of expectations based upon the upside if you hit the target, and the probability of that upside measured against the expectation and probability of the downside. This was discussed using the metaphor of “pot odds” in Trading Systems part 1. But does it really end there? What about trades you close that neither hit the target NOR hit the full max downside? What about trades that exceed the upside target?

I believe you can structure a system and understand expectations with mathematics, but where things get fun is in estimations of math based upon conditions. Your read of the situation, the players involved, the possible alternative options, having contingency options and adapting to circumstance is what gives any game “character” and turns it less into a math equation and more into a balance of intuitive “feel” combined with a mathematical equation.

Back to the poker parallel, you may have pot odds to continue on a flush draw, but what about the value that comes in hitting the flush? If you know once you hit your flush that you can expect on average to get paid more and not lose any when you miss? More value. If you also can potentially win with an ace high if your opponent doesn’t put an additional bet in on a bluff? You may have more profitable situations than can be calculated by simple pot odds. As a result there my be situations even where “pot odds” doesn’t accurately describe the true upside.

When trading options, you are not trading a binary system. Even if you choose to cap your winnings by writing a call spread and sell the call at the strike price equal to the target price to cap your potential, you still have some trades that made less than the target amount but still make money, or trades that lose money but don’t lose the maximum. As such, just about anyone trading options is going to have to think beyond “pot odds”.

In trading it important to allow yourself to have that big payoff as a result of letting winners run beyond the target, particularly if there is little resistance once you get past said target. A good situation in an individual trade is if you have a clear volume pocket up to say $50 before substantial resistance but then the price history thins out above $52 all the way up to $60. If the stock’s upward momentum charges right through $50 and gets above 52, you now have new support and potentially could march to $60. Even though the trade plan called for $50, the system can be flexible and call for an audible and instead try to milk the trade for all you can. Even though you might think you can only get a small bet out of opponent you may pick up a tell that the card helped him, so you might try a check-raise to lure him to commit more chips. Fortunately, the “expected value” calculation mentioned in Trading Systems part 2 still is relevant as an AVERAGE when planning the system, but less so on individual trades.

There is a concept in statistics known as “variable change” that was popularized in the movie “21” about the MIT blackjack team. I will cover the details later, but basically by adapting to new information, you may be able to gain an edge by adjusting your decision as the trade plays out. In this case, “Variable change” is relevant because rather than apply a general baseline statistical data to what our expectations are based upon the average risk/reward of 3:1 that we target, or even say the R/R at $50 that we initially planned on the trade, we can take into account the most recent action of the stock and “call an audible” to maximize our results.

In blackjack “variable change” is more concrete as you can adjust to the “count” by calculating how your odds have changed as a result of several face cards being dealt already or several small cards being dealt. In poker implied odds can’t be known since the depend upon our opponent. In trading the upside and probability of hitting cannot be known with any sort of large sample size and small margin of error. Hence, it is more intuitive and up to the “read” of the individual. While that may seem sensitive to the individual trade and highly subjective which leaves room for mistakes, you can manage it such that the confidence level that “calling an audible” is more profitable than not is extremely high. Over time your skill and results may influence the profitability of the trading system, and your confidence will improve in your ability to correctly call an audible that adds value to the system.

The “implied odds” calculation is basically very much like pot odds since once a stock reaches the target price, you have a risk of continuing to hold plus a reward of continuing to hold. Once the expected value of holding no longer adds value,you can sell so as long as you keep in mind the overall context of the trading system must still be intact such that overall on average you reach your target often enough to offset losses and profit besides. Since you have hit the target, you will more actively manage the option and have an idea of under what conditions you will sell, and on average how much you lose when wrong by continuing to hold.

Where implied odds can get most confusing is in factoring it in before you start your trade, just as an intelligent poker player would not call on the flop without first intuitively considering the possible actions that may follow and the overall expected value as a result of betting on all streets. When trading a weekly option (or “yolo” as they are known around here), It often is easier to identify a price level whereby if price passes, the stock should run as those in a position get squeezed out. Often times yolo trades may have a strikeprice that is at the target and the reward is in getting beyond it and running as the shorts are squeezed out and past sellers look to get back in.