Let’s get some facts straight on the stories about El Salvador adopting BTC as legal tender.

First, the average retail worker’s wage in El Salvador is ~$400/month. The average transaction fee on BTC is ~$5 and has recently spiked over $50.

Given these facts how would a person making $400 / month use a system that has fees for a single transaction that range from $5-$50? Using BTC just once a day at the lowest fees would result in $150 in fees in a month, or just over 1/3 of their earnings.

The real situation in El Salvador is that the government has partnered with a third party named Strike. Strike claims it will process BTC transactions on the Strike Lightning Network hub. This would require that users in El Salvador install Strike, purchase their BTC from Strike, custody that BTC with Strike and then they can “transact in BTC” using Strike. Using BTC natively *is not feasible*.

The reality is Strike acts more like a bank. The transactions on the Strike app don’t occur on BTC. They can’t due to fees. They occur off chain for the BTC that Strike has in their LN channel. And if a user wants to “close their account” on Strike and withdraw their BTC they have to pay a transaction fee.

This is not “using Bitcoin”. This is using Stike as a centralized bank and using their off chain ledger to transact. It’s a farce and it opens the entire game to corruption. Further, this points to how the BTC devs have handicapped BTC. BTC cannot serve a small country without a third party due to scalability limits and broken economics.

Although the facts point to the absurdity of the claim that El Salvador has adopted BTC as legal tender there are some interesting subtexts here.

Let’s say Strike is used. It would be the biggest test of LN to date. Let’s keep in mind less than 2 years ago LN was actively branded by LN fans as #reckless on social media, meaning that using LN was a risky endeavor and you could lose your funds. Has LN advanced far enough to handle whatever traffic *might* occur from Strike in El Salvador? Signs point to a firm no. LN is still very broken, but this test could be interesting. It’s a controlled sandbox as long as El Salvador users all use the Strike app.

El Salvador is encouraging it’s citizens to peg their savings to a very volatile BTC. Let’s imagine a scenario, however fanciful, where the citizens do adopt BTC on Strike to some measurable degree. Now those citizen’s buying power will fluctuate with BTC price. This could be good but more than likely it will be very bad for the next year. It’s risky either way.

This raises the question of what is the value of BTC? It’s limited to 6MB of data per hour for the entire globe. That’s an awfully small funnel to push global demand through.

The same scenario applies to ETH etc. This is not difficult due diligence!

Yet, billionaires are still buying BTC.

The future of digital assets will be programmable and frictionless to use. That asset will be able to host any country’s fiat currency natively as a token.

BTC does not meet this requirement.

END_OF_DOCUMENT_TOKEN_TO_BE_REPLACED 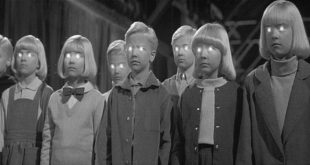 The largest BTC conference in the world is happening this weekend. Day 1, June 4th, is available here:

Oof, let’s check in on a keynote from Day 1, Max Keiser and Michael Saylor.

where did we go wrong? pic.twitter.com/sQmgcUmT4R

The biggest reason to go to these conferences are the networking opportunities and contacts you make. Imagine paying money to go to a conference to talk to guys like this …

I encourage you to watch Day 1. See how far you can make it and if it makes you bullish on BTC. I watched a few hours of the stream. It was a train wreck. The crowd was noticeably uncomfortable and agitated. After all, they paid $1200 to be in a tent and sit on folding wooden chairs to hear people talk about HODLing. And those were the lucky ones. The rest of the ticket holders were outside waiting in a line that stretched for 14 blocks only to be told the venue was at capacity.

Perhaps more worrisome for BTC is that there was zero talk of innovation, scaling or future utility. There was plenty of discussion about price targets!

Next weekend the BSV focused Coingeek conference happens in Zurich, Switzerland. It will be live-streamed. Watch BTC Miami then watch Coingeek Zurich.

This is the investment opportunity of a lifetime. Do your due diligence now.