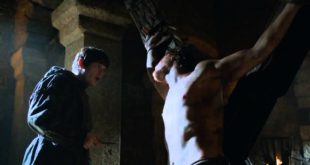 The news about the PBOC investigating exchanges is verified true and is being blown into a FUD tornado, or FUDNADO, if you will. In a world full of FUD it’s no surprise.

Filtering the noise…..the Exchanges are not Bitcoin any more than the S&P500 is Google. Nothing has changed about Bitcoin.

Exchange regulation is a sign of Bitcoin’s increasing influence and legitimacy.

I won’t be surprised if PBOC closes an Exchange. It’s long term irrelevant. Barring that this may be last time we see 700’s. Bitcoin has survived Mt Gox, Cryptsy and Bitfinex.

Either way we are definitely separating the longs from the wannabes here.

And anything is possible. Bitcoin is risky. Don’t fuck around with it if you can’t handle it AND if you don’t have at least a few coins you may be missing the opportunity of the century.

As you were, fuckheads.

END_OF_DOCUMENT_TOKEN_TO_BE_REPLACED 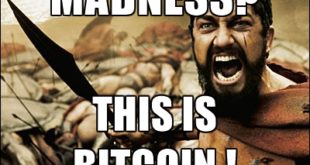 Tips hat to OA for his well timed Bitcoin sell. Excellent as usual.

Now, for the rest of the Internet declaring Bitcoin is dead please review these other 120 obituaries written about Bitcoin going back to 2010.

You see, Bitcoin is a Sewer Rat. Bitcoin has been declared dead and crawled out of the grave many times to continue to rise in value and credibility.

No entity or government controls Bitcoin. No Fed, no PBOC, no EU. Just pure market dynamics. Bitcoin is not dead, it’s just getting started. And like many disruptor in early stages, Bitcoin is volatile as fuck. Caveat Emptor. If you can’t stand the heat, get out of Bitcoin. To the early adopters go the greatest rewards.

And for the newcomers, here are some FACTS:

Bitcoin could retrace to ~$720, which takes us all the way back to … late November. If that’s the case I’ll be buying by the boatload. See you at $10k.

END_OF_DOCUMENT_TOKEN_TO_BE_REPLACED 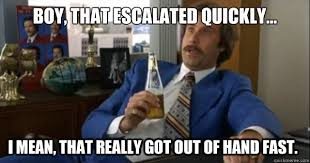 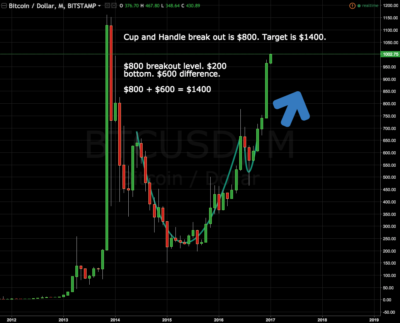 I don’t like the vertical upward trend. It’s too volatile, however the long term trend is the cup and handle. Target: $1,400 for a buy and hold. It’s going to be very choppy so if you act have a strong hand and you’ll be rewarded nicely.