Patents, Copyrights and Lawsuits, Oh My 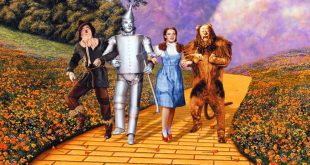 Bitcoin SV price has under-performed BTC by 20% in the month of August. This price lag has caused a few interesting comments and articles to be published pondering what is holding BSV back.

Bitcoin SV is a protocol on which developers have built a competitive ecosystem of applications. BSV is designed to comply with legal requirements while scaling with near zero fees. Many people don’t know this approach is novel and unique in Crypto. Most coins are avoiding the work of legal compliance and have taken the shortcut of building an ecosystem on top of Ethereum. It’s the “go fast and break stuff” mentality of dotcoms where developers are king. However, this doesn’t work when building Money 2.0 and a new Internet.

The Bitcoin SV road is not short or easy.

Part of this development process has been the interaction of independent developers and nChain, the 800lb gorilla in Bitcoin SV development. nChain has been building a patent fortress. Craig Wright, the nChain Chief Scientist, has filed filed copyright claims on the Bitcoin whitepaper and is in litigation with multiple parties to prove he is Satoshi Nakamoto. Legal proceedings move at a glacial pace and Bitcoin lives in the fast paced intersection of finance and tech.  The legal proceedings have dragged on for over a year and we haven’t even seen our first patent battle. Like it or not, the uncertainty of these proceedings has had an effect on Bitcoin SV.

Despite the patents, copyrights and lawsuits independent developers continue to build new applications that can only run on Bitcoin SV. Just today I discovered this:

Interesting BSV addon for firefox/chrome browsers to make comments on any webpage: https://t.co/Qd7LS4Yk7g

While new applications like this are becoming a common occurrence there is still a feeling of frustration on Twitter regarding Bitcoin SV’s place in Crypto. BSV is like a Ferrari tied to a tree.

Several BSV bulls have publicly made statements about where BSV is falling short.

This article by Joshua Henslee examines why tokenization on BSV has been a non starter despite the transaction capacity, ease of token creation and low fees. For those who don’t know, tokens can represent anything on BSV, from Chuck E Cheese game tokens to fiat backed stable coins to land titles.

I wrote about how BSV has been all talk, no delivery thus far with token solutions:https://t.co/E0IUN80YMl

Newsflash to BSV folks: @cz_binance is not going to jail and Binance is more successful than ever.

I think this hits the nail on the head.

You know what #BSV needs?
Dumb and loud speculators

Pump #BSV close to Eth and let builders see there is a big market to go after.

It seems to me the developers in Bitcoin SV have been focused on the right things: creating profitable businesses. However, it also seems BSV has not been a friendly environment for projects like DeFi. Personally, I view DeFi as a short lived financial instrument to extract money from plebs but it certainly brought a lot of attention and volume to Ethereum. And whatever DeFi’s long term prospects or legal issues projects like DeFi are better off on a scalable and affordable platform like BSV than on ETH.

Developers and investors are asking why BSV is the bridesmaid and not the bride. In response to Henslee’s article cited above  BSV investor Calvin Ayre tweeted:

This is not an open revolt or a dissolution of the foundation of Bitcoin SV like we see happening on Bitcoin Cash (BCH). BSV is evolving. The unwritten rules are being questioned. This is a good thing.

BSV already has the most diverse application ecosystem but now there is a new willingness to have every project welcome to use BSV as their underlying protocol without judgement.

In short, we’re not in Kansas anymore Dorothy.

Now the question that remains is….

END_OF_DOCUMENT_TOKEN_TO_BE_REPLACED

Bitcoin Scales or It Dies 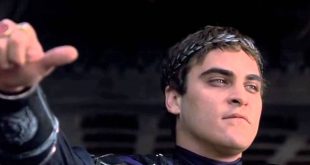 The current throughput of BTC is 7 transactions per second. That’s 420 tx a minute. ~600,000 a day. For a global network? How do 7 Billion people use a payment network that can only process 600,000 transactions a day?

Ethereum is doing nearly double that number of daily transactions but is also having a lot of problems with scaling and transaction costs. Ethereum tx chart here.

Here is a log chart of BSV transactions in red: 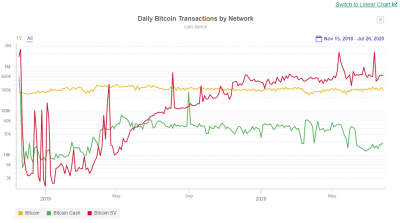 Twice BSV has exceeded 2.2M transactions for a day. This is still not enough and BSV needs exponential growth. The war is not won but the daily battles of transactions and blocksize are starting to tilt one way.

BTC does not scale and other than a few handwaves at Liquid and Lightning Network there is no plan for BTC scaling.

The importance of scaling and recognition of BSV as the King Without a Crown is not a popular opinion but you can’t dispute the numbers and the facts.

And that is the investment thesis of the decade put as simply as possible: BSV scales.