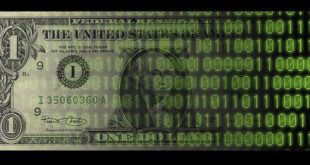 On November 8th Indian Prime Minister Modi did something unusual:

India’s government banned the use of Rs 500 (~$7.50) and Rs 1,000 ($15) banknotes. This pretty much made most currency-in-use illegal. Banks and ATMs are closed today. The government believes that doing this will help eradicate corruption and push counterfeit money out of circulation.

The hidden intention is to also increase tax revenue which is way below average for a developed country because most transactions in India are in cash. In fact, buying a house in India often involves a suitcase of cash exchanging hands. Driving the majority of this suitcase cash through a bank forces criminals and savers alike to declare their savings with the government, which is taxed heavily above a comically low threshold. As a result of that tax you can sell your old bills in the streets at a 20-30% discount to avoid the nice government folks. 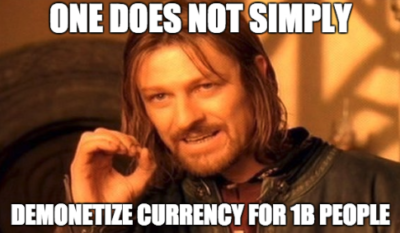 Gold, which is a traditional store of value and has a high cultural value in India, is selling at almost a 100% markup. (warning: zerohedge quote incoming)

97% of the Indian economy is cash-based. With 88% of all outstanding currency no longer usable, the economy is coming to a standstill. The daily-wage laborer, who leads a hand-to-mouth existence in a country with GDP per capita of a mere $1,600, no longer has work, as his employer has no cash to pay his wages.

People are now converting whatever they can into gold, silver, and mostly for the first time into the US dollar and other foreign currencies as well, all of which are trading at huge premiums. Money is also moving out of the country. Gold has shot up to as much as $2,800 per ounce, if you can find it.

Consider India a ground war on cash. Before you discount this as a problem only for India other Countries are already winning a cyber war on Cash. There’s Sweden, which unlike India, is 97% cashless thanks to Swish.

“I don’t use cash any more, for anything,” said Louise Henriksson, 26, a teaching assistant. “You just don’t need it. Shops don’t want it; lots of banks don’t even have it. Even for a candy bar or a paper, you use a card or phone.”

Swedish buses have not taken cash for years, it is impossible to buy a ticket on the Stockholm metro with cash, retailers are legally entitled to refuse coins and notes, and street vendors – and even churches – increasingly prefer card or phone payments.

According to central bank the Riksbank, cash transactions made up barely 2% of the value of all payments made in Sweden last year.

The same week Modi outlawed India currency notes Trump won the US election for POTUS. This happens to coincide with Blockchain announcing a record surge in new Bitcoin wallets.

“We’re setting a new record pretty much every day since the election in terms of activity on the platform.

“People are basically hedging against economic instability. It’s a worrying time to be holding a lot of British pounds or if you’re American — people flee to safe haven assets. Bitcoin is one of those.”

If we give 100% control over our stored labor (cash) to the government they will do what’s best for them with your cash and you will have zero recourse. Personally, if I had your cash I could burn mine!

With a Bitcoin wallet you become your own bank which allows frictionless, low cost transactions.

With 1 billion people in India now subject to new levels of taxation will they turn to Bitcoin? That remains to be seen. The richest man in India is setting up free 4G for all of India, that certainly helps!

The great fiat experiment is in various stages across the world. With a record number of new Bitcoin wallets being established and a country of 1 Billion facing controls on their cash will we see a surge in demand for Bitcoin? I think so.

END_OF_DOCUMENT_TOKEN_TO_BE_REPLACED 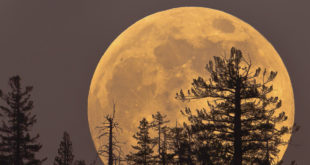 Bitcoin is in a $20 trading range the past 48 hours. Ain’t nobody got time for that.

Bitcoin is going to move soon and it could be big. Bitcoin doesn’t give a shit about China Yuan devaluation, the price of Oil, lying politicians with illegal email Servers or even pussy grabbing Orange Swans.

Bitcoin thinks little of these things.

To prove my point I provide the infallible balloon animal chart. 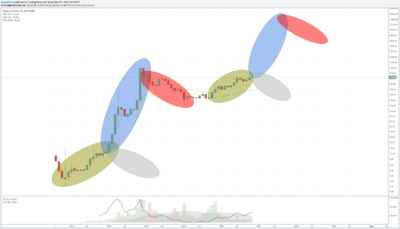 For the more traditional TA purist, Bitcoin has formed a huge cup and handle long term. I expect a move further north soon. 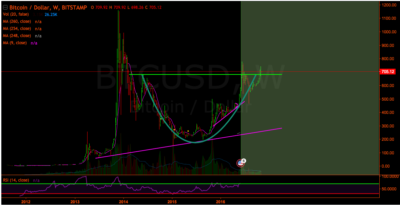