I turn dials and fiddle with knobs to hone in on harmonic rotations
Joined Oct 26, 2011
3,743 Blog Posts
@IndexModel

A note on recessions

Three people asked me last week if we were headed into a recession.  Two of them are degenerate real estate speculators who are leveraged to the neck, so I understand why they spook easily.

But the third is a man of industry, a business owner and hipster-whisperer.  It makes no sense for him to even spend one minute of his day fretting over something as abstract as a recession, and if you are intelligent enough to read the RAUL blog then the same likely goes for you.

I think this has something to do with most of us living through the Great Recession.  That was a pretty gnarly time.  People were actually pushed out of their homes and there were no jobs.  It was messy.  It is quite unlikely to happen again in my lifetime (age 34) unless it happens near the tail-end, say around 90 years old or so.  That was a major disaster and there were plenty of warnings before it happened—most notably was the spinner rims.  So many people who identify themselves by their mortal possessions were so flush with cash, due to wanton home lending practices, that you couldn’t drive anywhere without seeing a car on 5k worth of tires and rims.  That shit was hilarious.

The housing sector is running too hot, IMO, but the Fed doesn’t have the huevos to raise interest rates.  Cowards.

But the housing sector can run hot for much longer than any reasonable person expects.  The smartest thing one can do is buy the smallest house in the nicest area and just sit put.  Don’t move, don’t refinance unless it is money put right back into the property. Then if/when a recession comes, you will be insulated by the fact that you don’t live in a trashy new-build subdivision, surrounded by miserable fucks leveraged to the tits, teetering on the verge of adultery, divorce, and losing their homes.

If you really want insight into the overall health of the housing sector, pay close attention to earnings this week out of Lowes and Home Depot, maybe even listen to the conference calls.  Much like Walmart earnings are far more insightful into the health of the U.S.A. economy than any statistic produced by the Federal Government, so too these home improvement stores provide a better glimpse of the mind of the home owner/builder than the nearly useless garbage data being produced by our dumpster fire of a government.

As for the self-employed business owners—it is always feast and famine.  Live the same way through both and to hell with the general economy.

Regarding stock market investments.  All of my investments are doing fine.  Walmart, Costco and Amazon are the only retail exposure one needs, and they are all recession proof.  Tesla is healing the world, this is a recession-proof mission.  Twitter is the greatest social media platform of all time and where all the world’s vital information is disseminated, it will be fine.  Match Group is in the love business—and that is not going away any time soon.

Anyone working on quantum needs to be invested in.  The mysteries of the entire universe (and the biology of everything nano and beyond) will be solved instantly by whomever solves quantum computing.  Microsoft, IBM and Google are must own stocks, period.

Most Americans are over-diversified.  You will never make a meaningful impact on your personal finances via quarterly allotments to a set of index ETFs.  Take concentrated bets and live with the consequences.

And for the love of anarchy buy some bitcoin.  Fiat currencies have done a hell of a job surviving, they are proven to be more durable than money backed by gold, but they are predicated on the silly notion of nations.  Nations are nothing more than an illusion, lines on a map.  If you cannot see how fickle this entire notion is, then I cannot help you realize why bitcoin matters.

As for me, I am appalled by the mania being pushed out of the entertainment news channels that we are entering a recession.  The long-held belief of this humble RAUL blog is that we are entering a period of economic prosperity the likes of which no living human has ever seen.  A rehashing of the roaring ’20s, complete with all the trimmings of real decadence.  My only question to you, is are you driven enough to wake up and take what is yours?  The moneys out there, in all forms.

Either you take it or someone else will.  Let the simple-minded among us waste their energy worrying about something as abstract as a recession.  It’s like worrying about winter.

It’s coming, and I welcome it.  I thrive in conditions others perceive as challenging.  You can too.

Programming note: I have been swimming in the fish tank for far too long, since like February.  The water is cloudy, there are cob webs on the hood above me, I cannot hardly see.  I am heading up into the land you call Canada for the week, up past the north shore of Lake Superior, to eat cans of fish and explore remote places as far from humans as possible.

Exodus members, the 248th edition of Strategy Session is live. Keep an eye on the NASDAQ transportation index, it is telling a story we cannot ignore.

If you enjoy the content at iBankCoin, please follow us on Twitter
2019-08-18
Raul3
Share
Previous NASDAQ trend up overnight, NVIDIA earnings strong, here’s the Friday trading plan
Next Worrying about money is a choice 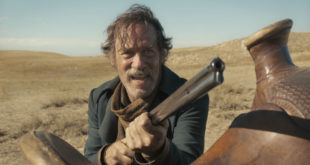 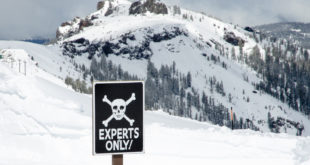