18 years in Wall Street, left after finding out it was all horseshit. Founder/ Master and Commander: iBankCoin, finance news and commentary from the future.
Joined Nov 10, 2007
21,391 Blog Posts
@the_real_fly

The SEC Reveals: Chicanery Was Taking Place at SeekingAlpha.com

I’ve been saying Israeli based SeekingAlpha.com was a complete scam for years. Finally, after more than a decade of complete and utter shit, the SEC said ‘enough is enough’ and has decided to sue.

Today, the SEC filed charges against 27 fuckheads and companies for ‘hundreds of conflicting articles’ that were published on SeekingAlpha and other sites. This, coming on the day when $STRP got bought out for a 160% premium, after two years worth of wrong-headed short reports from Kerrisdale Capital, is poetic.

The claim: the authors concealed they received from stock promoters. In other words, they were complete shills, hucksters, mountebanks, posing as concerned citizens trying to hash out potential red flags in publicly traded securities. The truth is, they were using the popular platform to move the share prices of the companies they discussed, ingratiating those who took positions ahead of time.

To hide their identities, writers used multiple pseudonyms, even creating separate personas who claimed to have 20 years of investing experience. At one promotion company, writers even signed a contract forbidding them from disclosing their compensation. SeekingAlpha wasn’t accused of any wrongdoing.

Entangled in the scheme were 3 companies, seven promotion firms (scum of the earth), two CEOs,  9 writers, six shills, and a partridge and a pear tree.

Settlements in the amount of $3m have been announced, guilty of violating security laws.

According to the SEC, the improper conduct ended in 2014. In 2012, SeekingAlpha banned articles published for the express purpose of scamming people — pay for play articles designed to move markets.

“Our system documents all authors’ claims to not having been compensated by third parties, and we maintain accurate records of all SeekingAlpha authors’ real-life identities,” SeekingAlpha Managing Editor Mike Taylor said in an emailed statement.

SeekingAlpha is backed by DAG ventures, Benchmark and Accel Partners, whose message has been amplified through Yahoo Finance news status for over a decade.

Here are some of my previous rants over SA market moving articles.

A Review of Past SA Crimes

If you enjoy the content at iBankCoin, please follow us on Twitter
2017-04-10
Dr. Fly
Share
Previous I’M A NEOCON NOW
Next The Verdict is in: Russia is GUILTY of War Crimes Against Babies; Prepare for Total War 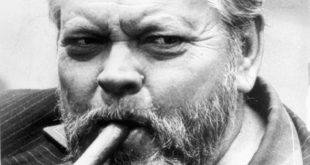 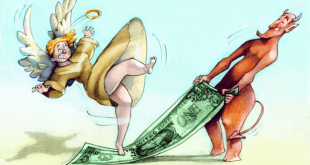 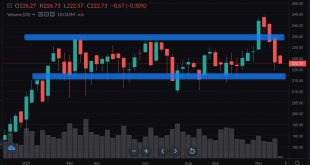