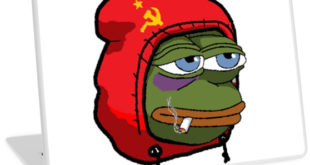 Notice how the rhetoric has shifted from Putin himself directing the hacks to a third party being directed by the Russians? Also, he called Assange a pedophile, the very thing John Podesta’s emails caused many to believe in an underground child trafficking ring called ‘Pizzagate.’

In keeping with the theme of providing no proof to the general public, the officials declined to describe the intelligence obtained about the involvement of a third-party in passing on leaked material to WikiLeaks, saying they did not want to reveal how the U.S. government had obtained the information. So just trust them, please.

The shift in the narrative is curious because as a reminder, officials had concluded “months earlier” that Russian intelligence agencies had directed the hacking, but had been less certain that they could prove Russia also had controlled the release of information damaging to Democratic presidential candidate Hillary Clinton. It now appears that along with lack of evidence, the attention has shifted to an “intermediary” as being the responsible party .

Here’s Phil Mudd, lying his ass off, in a CNN ‘interview’ aka propaganda skit.

As a result of this interview, Wikileaks threatened to sue CNN for defamation.

We have issued instructions to sue CNN for defamation:https://t.co/YLfyQ9ROCy

Unless within 48h they air a one hour expose of the plot.

CNN apologized for the permitting their analyst to defame Assange, in the most egregious of ways, and issued this statement.

We’ve deleted a tweet that included a video clip from New Day earlier this morning. Here’s our statement: pic.twitter.com/qJqTtzy69T

END_OF_DOCUMENT_TOKEN_TO_BE_REPLACED 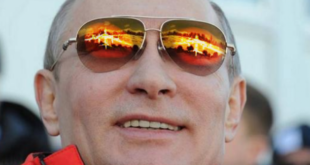 END_OF_DOCUMENT_TOKEN_TO_BE_REPLACED

Newt Gingrich on Democrat Russian Hacking Claim: ‘This is About as Stupid as Anything I’ve Seen the Left Try’ 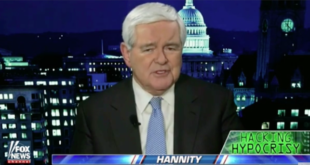 I’m not a particularly big fan of Newt, mainly due to his connections with CFR and neocon scum. However, on the teevee, he serves as a good source of entertainment when mocking and belittling the left — making them look like asinine children — pouting, kicking and screaming because their nuclear toys were taken away.

On top of criticizing the left for pushing their paradoxical Russian hacking of the election charge, Newt also lays waste to the main stream media, a particularly fun hobby of mine — suggesting that they’re so butthurt by the abject rejection of the American people — they’ve become wholly uninterested in covering real news and instead live in a garish world of fantasy, festooned with lies and deception.

‘The cannot come to grips with the reality that the American people are turning against them.’