Struggling to Decide Where to Go Next

LEVERAGED TO THE HILT NOW; THE STOCK GODS FAVOUR ME

Whether you like it or not, instead of being marked for dead, RIMM is now a more viable alternative if Samsung is forced to lose their momentum by having to retrofit their Galaxy brand of mobile phones before selling in the US.  Meanwhile, RIMM’s smartphone will be coming out early next year waiting to take orders from loyal Samsung customers who are still crying for the new Galaxy phone they thought they could get but could not.  Due to their “anger” against AAPL and their vow to refuse to “pay up” to buy an iPhone, RIMM’s new smartphone “may” be an attractive alternative if the “HYPE” behind it is as good as RIMM’s marketing team says it is.

Meanwhile, price action is voting a tepid yes.  I’m willing to wager that if Samsung fails to win in the appeal, RIMM will shoot up with such enthusiasm you thought kcscott’s brand of friends are to blame!

Below is the daily RIMM chart.  Notice that it took out Friday high; however, the reversal from today intra-day high showed price action was only lukewarm for now. 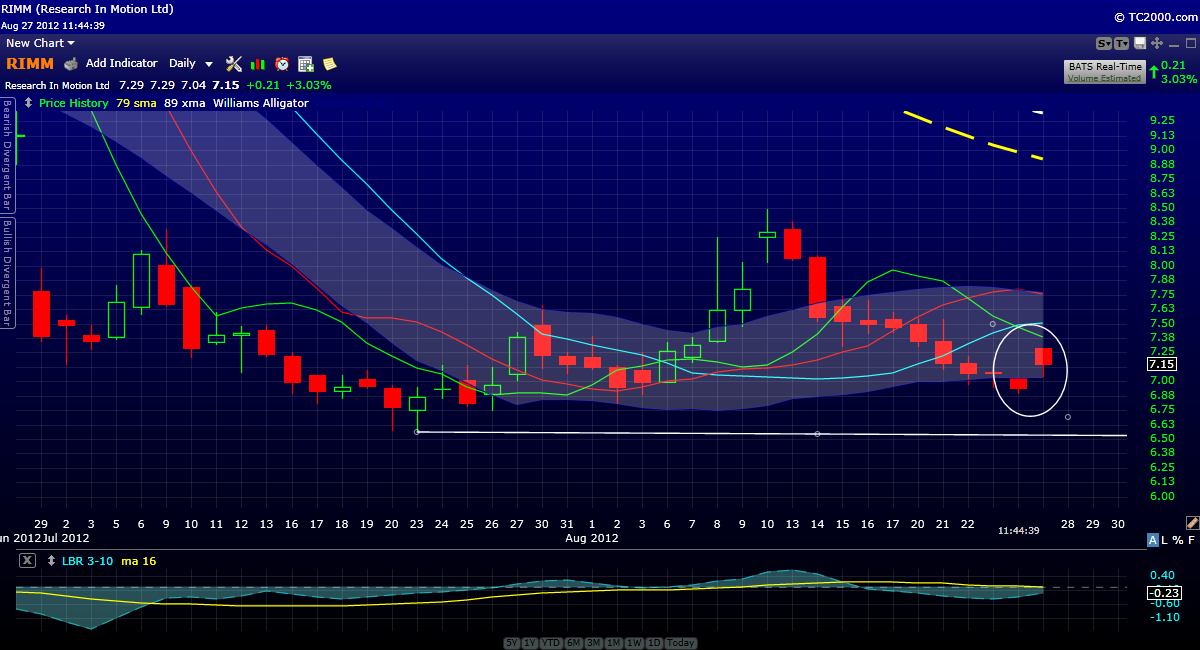 I added more RIMM today simply because it took out Friday high and not because of the fundamental reason I postulated above.