Woke up early this Sunday, day of the witch. My powers grow stronger every day as we cruise through harvest season, pulling lumps out of the dirt and hustling them into fiat american dollars and then hustling those dollars into stuff that’s actually valuable. Things like machines and tools and equities. Bought some dang bitcoin this morning.

I know I’m fighting the Fed and I expect to be ‘wrong’ for a long time. But maybe that is the difference between me and your average american football and nacho consumer. My work has only begun. At 5am I rise without an alarm, cockstrong, the dang thing practically heaving me off the bed.

Then I go to work because why not? I’m awake.

I’ve been a vegetarian for nearly seven years now and it’s really starting to pay dividends. I have the vigor of ten men and the kindness of Manjushri.

Yep things sure are going well for your dear and gentle pal Raul. And as such I am buying this dip.

I couldn’t care less about the constant threats of the fear dealers on teevee and the interwebs. The progressive agenda has advanced so far into enemy territory that I am shielded from those country road flag flyers. I am amongst the bandits and they are to be respected, but by no means feared. If they ever make a move on me it will be a miserable day for their families. For them it will simply be the end and that’s not so bad.

With every 10 degree drop in temperature my inner fire grows hotter. I cannot imagine doing stimulants like adderall or crack rock when I already pace around this derelict outpost for 15 hours a day. Sitting here to pen this blog entry is a great challenge as all I want to do is make to kill.

So if you’re too old to holdt for ten years whilst using your mind and muscles to go out and secure moar monies, than sure, be afraid. Your entire focus is wealth preservation. But I am on a warpath of CREATION.

And now the 402nd Strategy Session

Raul’s bias score 2.45, medium bear. Expecting sellers to attempt some follow through downward action early in the week. Then a rally into month-end.

II.  RECAP OF THE ACTION

Rally Monday. Sustained gains through Wednesday until the FOMC meeting. Price action resolved lower after a down-up-down reaction. Sellers dominated the tape late into Friday trading before a bit of a ramp into the weekend. 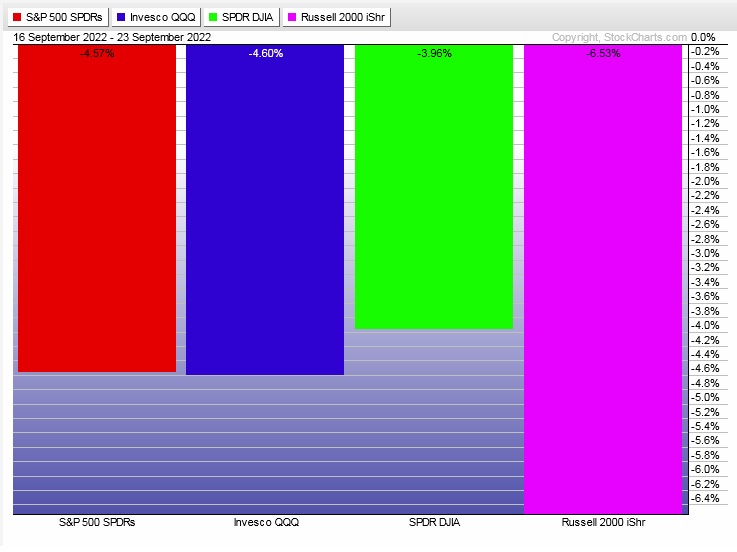 Recall we had two weeks of full risk off rotations, then a strong risk on rotation. Then another major risk-off rotation on the prior report.

And then again on this report a strong risk-off rotation. 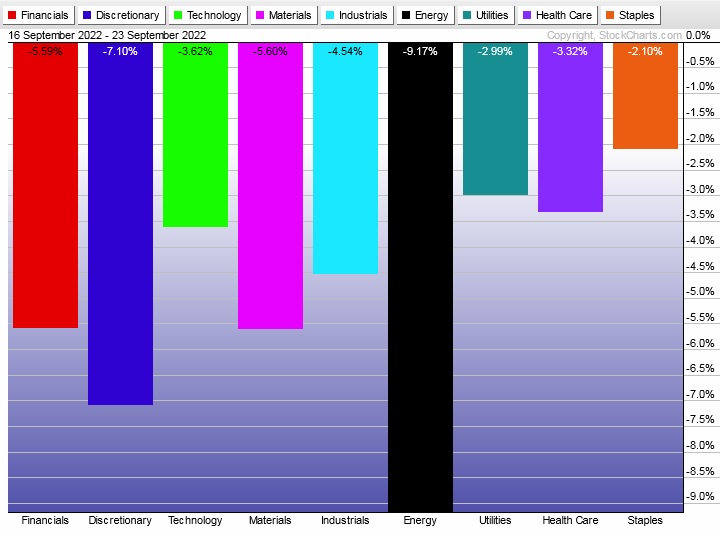 Money flows skewed heavily to the sell side for a second consecutive week.

For the first time I am seeing genuine anger from investors. They are angry with the Fed for their hawkish reaction to inflation while simultaneously angry about home and food prices.

I don’t think most investors, especially those who focus primarily on equities and/or bonds, fully grasp the situation facing the U.S. dollar. Our fiat currency, along with the nation it represents were called into question during the lockdown. What rose to prominence during this time were various crypto currencies. These internet coins have become legitimate tender.

Ether has become a massive commodity that users accumulate and use.

These so called inflation hedges did not behave as intended. They did not hedge anything. In reality they served to *exacerbate* inflation.  And now the Fed has no choice but to flex until the almighty U.S. dollar regains total, undisputed dominance.

Expecting sellers to attempt some follow through downward action early in the week. Then a rally into month-end. 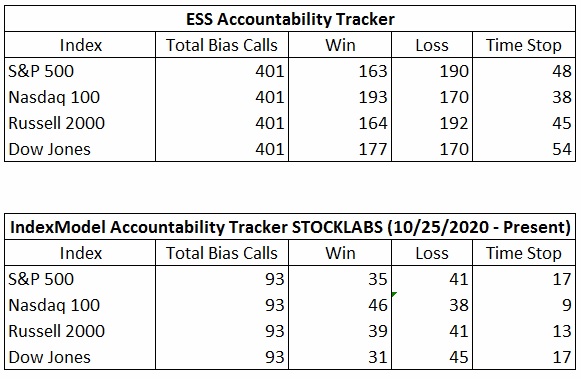 We can finally remove the note about the weak low on Transports. That being resolved, perhaps this index can go to work forming a more sturdy low.

This could be range low right around here—we don’t know. 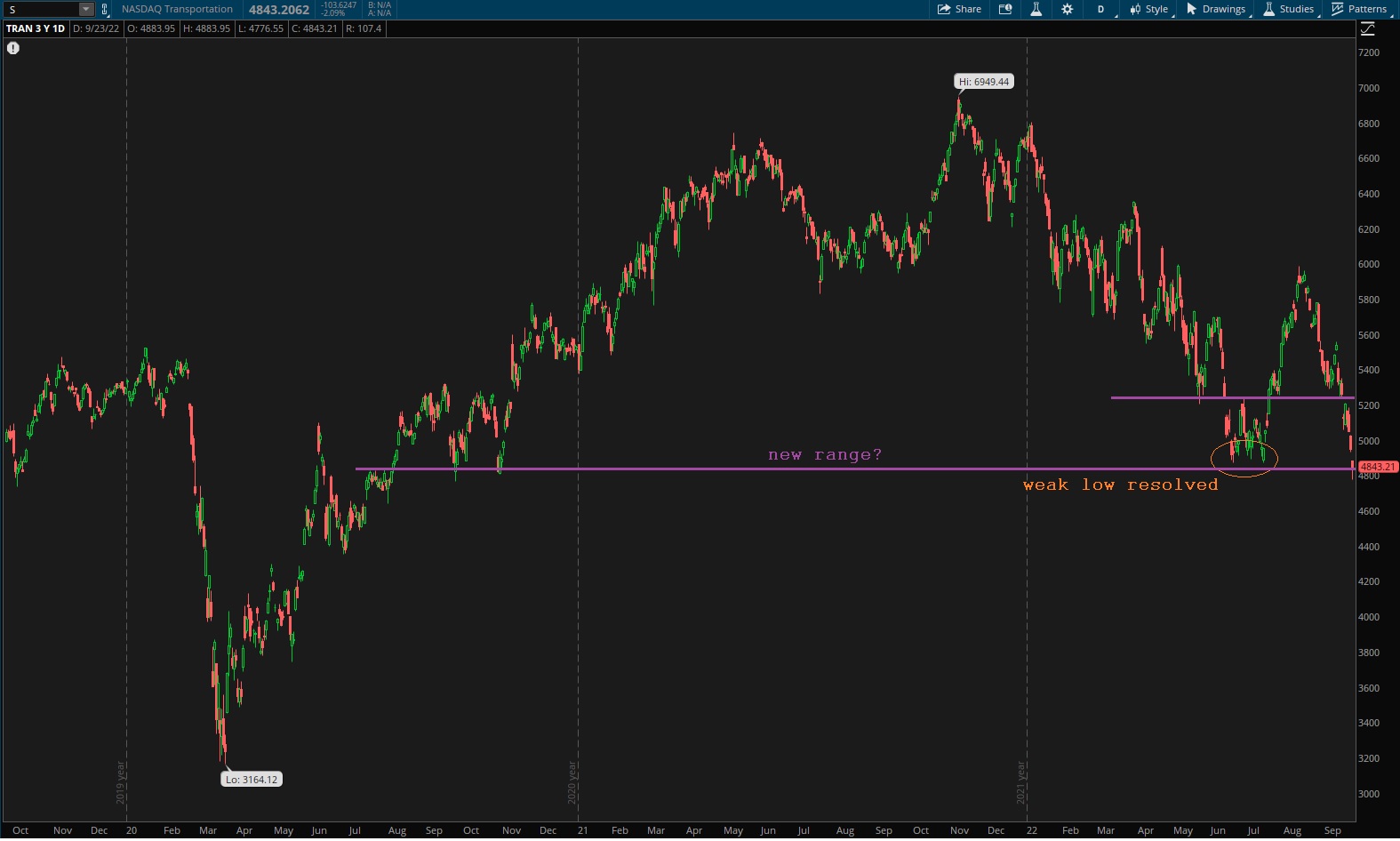 Semiconductors appear to be outside of range. Could be in discovery down. Or the range could assert force and suck price higher. We don’t know. 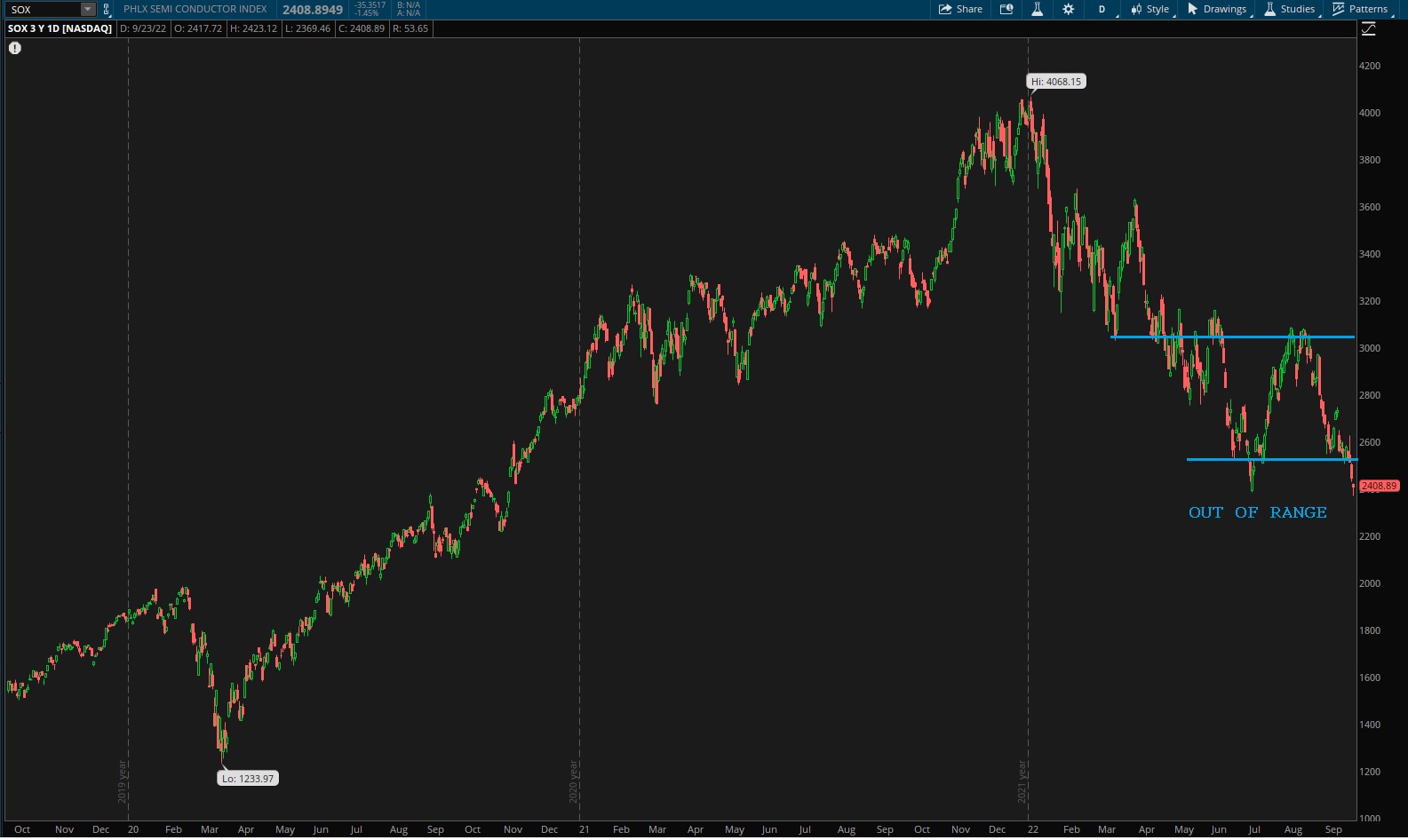 Ether looks more balanced than the other two contextual indices. 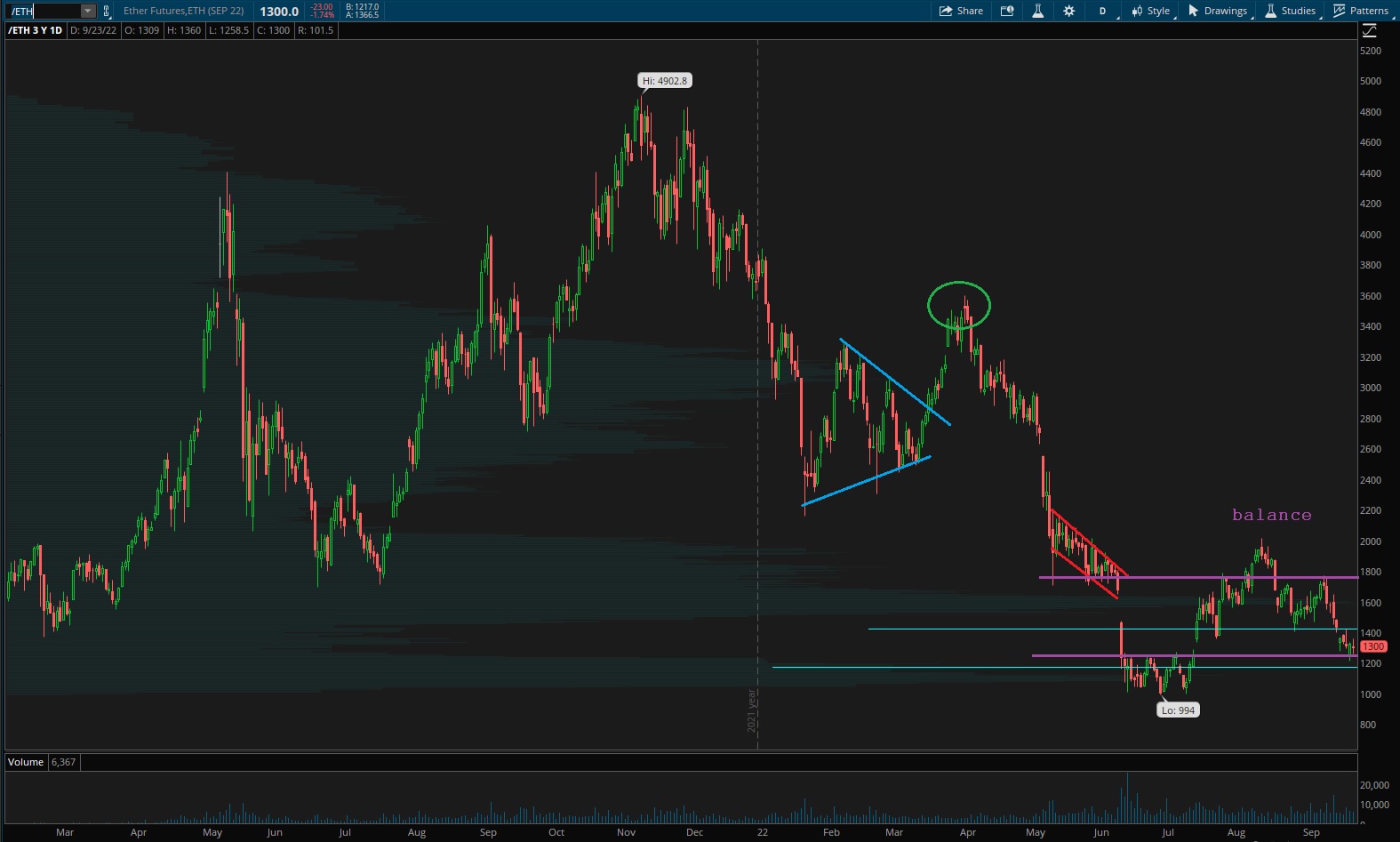 Bias model is neutral heading into the final week of September. The second consecutive neutral reading. No bias. 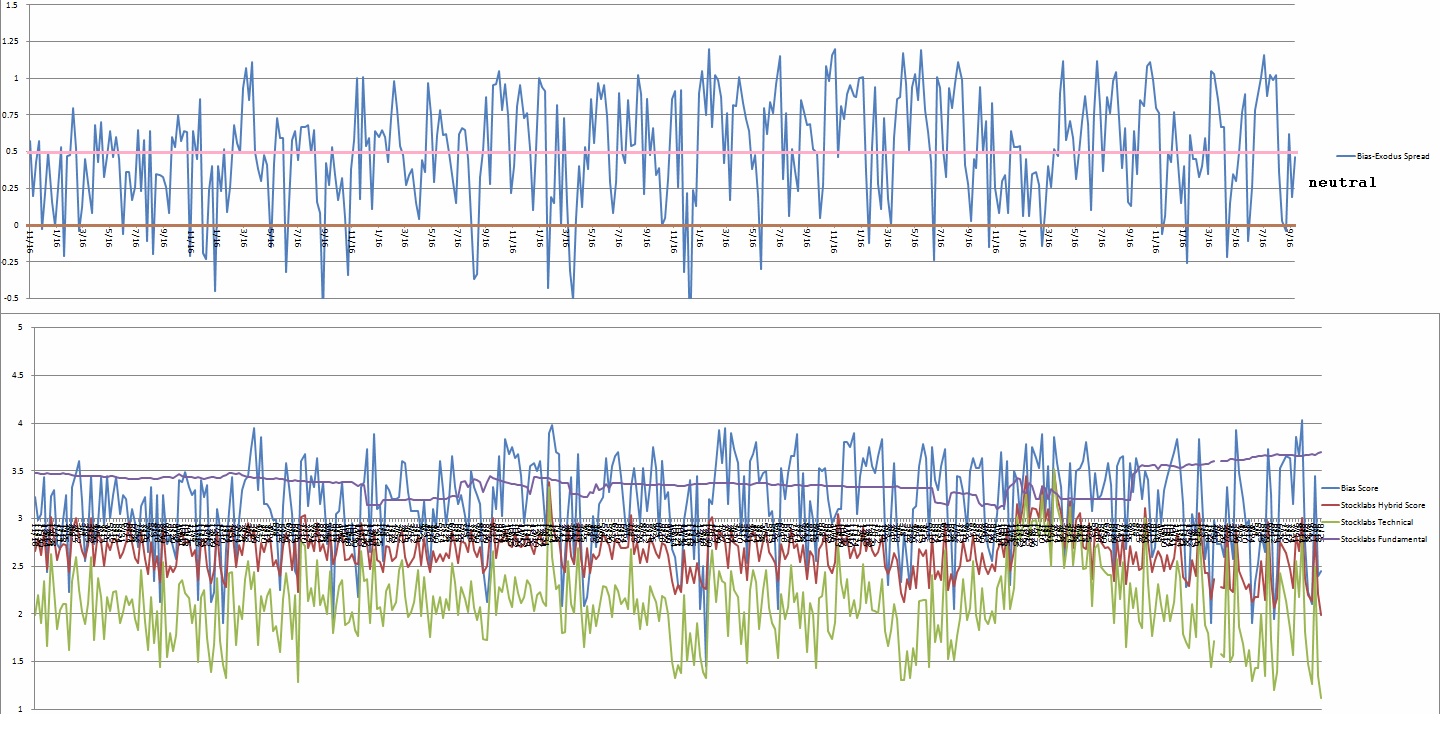 On Friday, September 23rd Stocklabs went hybrid oversold on the 12 month algo. This is a bullish cycle that runs through October 7th, end of day.

“it has always been easy to hate and destroy. To build an to cherish is much more difficult.” – Queen Elizabeth II 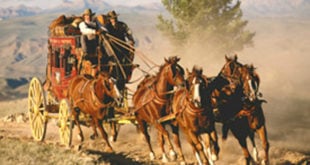 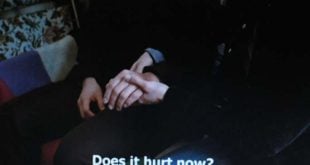 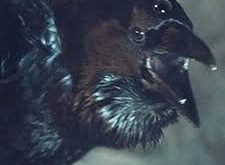