18 years in Wall Street, left after finding out it was all horseshit. Founder/ Master and Commander: iBankCoin, finance news and commentary from the future.
Joined Nov 10, 2007
20,048 Blog Posts
@the_real_fly

BACK TO HEDGING AGAIN

ALERT: In honor of Le Fly’s magnificent impending birthday, we are handing out 7 day trials to Exodus. Email me a nice note and gain access: flybroker at gmail dot com.

One of the displeasures of working from home is having to do random chores, such as walk the coyote or hedge the bushes. Today, after coming back from a long walk with my coyote, who attacked 3 joggers, 2 rabbits, and 1 dog, I decided to take on the overgrown bushes in my fucking yard again.

So I went into the garage and dusted off the old electric hedger, attached a big old stupid blue extension cord to it and then proceeded to electrocute myself.

But after 5 minutes of sawing through random parts of my boxwoods, an allergic attack struck me. I was befallen by an odious affliction and sneezed for the next 10 minutes. Racing back into the house to grab a Claritin, my coyote chased me down and bit my foot. I told her to “fuck off” and then grabbed a bottle of water, opened it and some fell on my shirt, then went back outside to finish the job.

Like a creative genius, with Mozart playing in my head, I cut thru those fucking shrubs with extreme energy. Halfway through the job, my landscapers rolled up and parked in front of my house, looking at me sideways, amazed to see me outside doing their job. As I sawed thru the branches with indecorous qualities, I could feel them laughing at me, saying some shit like “Oye, look at gringo trying to hedge that shit. HAHAHAHA, cabron.”

I became a little distracted and instead of focusing on the art in front of me, I envisioned them stepping out of their truck and me throwing the saw at them and cutting them in half. But then I remembered I had an electric hedger and that shit would simply disconnect and barely knock anyone out from the blow.

I cut them shits so deep, barely any leaves were left. It was a complete massacre.

Then I moved onto the side of the house, where I have another dozen or so shrubs, trees, and other shit to cut. I laid into them like a UN resolution and banged out another boxwood, part of a tree, since I was too lazy to venture back into the garage for the ladder, then I got hungry and went back inside — shaking from the energy spent and lack of sustenance coursing thru my creatine laced veins.

I quickly grabbed a granola bar, a key lime La Croix, an energy shake, and blew out of HUYA for a +16% gain and then doubled up in BILI — because my urinal shadows said so and I can’t lose and the Stock Market Gods are dead, replaced by me. I cannot lose. Try to stop me. No one will be able to. 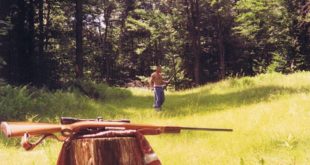 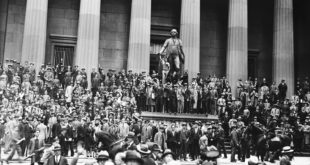