18 years in Wall Street, left after finding out it was all horseshit. Founder/ Master and Commander: iBankCoin, finance news and commentary from the future.
Joined Nov 10, 2007
20,619 Blog Posts
@the_real_fly

During This State of Depravity and Wanton Excess, iBC Will Never Delve into Politics

About 4 years ago I steered this site, which was founded on tomfoolery and a diary to document my eccentricities, directly into the heart of Mount Doom and took up political discourse. At the time, I was rewarded with BIG DICKED page views. iBC’s Alexa ranking shot up from 75k to under 4k — posts emblazoned with fire got 500,000+ views and ad revenues shot higher in tow.

The subsequent result of all that is as follows:

All of that was quite literally for nothing — since I really didn’t give a shit one way or another. I have no power over the results of any election and even if I did — with the two party system in place — is there really a fucking difference?

If you’re curious as to where the fuck people have gone on the site, as it once was a place brimming with bloggers (200+ at one time) and comment threads 200 deep; I have since halted all new bloggers to the site and restricted comments for new readers due to a spam situation that I will address when we redesign the site. Almost all of the commentary is now behind the gilded paywalls of Exodus, where the Pelican Room is active with discussions, everything but politics — which is banned there too.

All of my efforts are focused on two things now.

Third party ads have been removed from the site — because fuck them, and I blog a lot less than I used to — because I am trying to focus more on Completing and launching Stocklabs and also trading. I have never, in my whole life, traded more than I do now.  The reason why I do not post stock ideas here anymore is simply out of respect for people who pay for Exodus. I also realize some of you cannot or do not want to pay for Exodus and I am ok with that, at the moment. I will launch some free tools for you to enjoy once we complete SL.  One of them is out now — Stocklabs News.

If you want to support the site and its efforts to create the world’s first Orbital Space Cannon (OSC) to be used for offensive purposes only — you can purchase and read my two books — which will indoctrinate you into the House of Fly. Or, alternatively, you can get your iBC fall gear now — Country Club appropriate, and sport some of the finest fashions to ever come out from the internet.

One thing you will not get, which was the whole point of this fucking post, is divisive content that will piss you off. I am the only one that is allowed to hate here, mostly me against all of my unseen enemies attempting to capsize my warships. For example, last week I was distracted by a cadre of FUCKING MISFITS on Twitter with some inane poll. We got the war machine running hot and rigged the whole election. Whoever I wanted to win, won. Whoever I wanted to lose, lost. Just like in real politics. I even made myself lose because I quickly learned I hated all of those people and wanted them dead.

Off to the Grande Druid Lodge.

If you enjoy the content at iBankCoin, please follow us on Twitter
2020-09-26
Dr. Fly
Share
Previous BLM BAILS OUT LE FLY — TRADING LIKE A TRUE MASTER IS NOT ONLY A RIGHT, BUT A PASTIME
Next The Time Has Come to Ban Booze Again 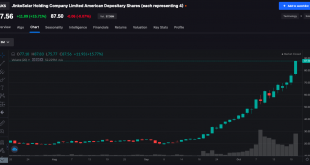 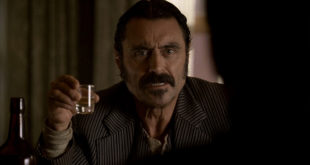 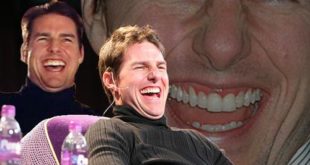