The Fly is Back; The Market Will Be Saved Now

18 years in Wall Street, left after finding out it was all horseshit. Founder/ Master and Commander: iBankCoin, finance news and commentary from the future.
Joined Nov 10, 2007
20,873 Blog Posts
@the_real_fly

Ever since the election, the democrats and establishment republicans have been ‘investigating’ Russian ties to Trump and how that all led to John Podesta’s email box to be hacked into, which of course led to Hillary Clinton losing the Presidential election. She lost, not because of her criminality, but because of fake news, obviously. It’s worth noting, in a year of arduous investigations, nothing has been proven to tie Trump to the Russians.

Yesterday, Hillary discussed the election, positing questions to the panel regarding RUSSIAN COLLUSION with Trump. She said Trump directed the release of the Podesta emails down to the second, coordinated and directed the fake news media to concoct salacious stories, fueled by the emails, colluding with Russian intelligence to steal the election from her.

In case you’re just tuning in, you did not reject the DNC establishment candidate and vote for populism because you were sick and tired of the same old corrupt DC bullshit. No, you voted for Trump because of the Russians, the ultimate King makers, coerced into the decision via a series of psyops programs, coordinated with Trump, to brainwash people into believing she was not a trustworthy candidate.

Here are some of her sweeter moments in the interview, accusing the idiot Giant Orange President of being a criminal mastermind — directing endless schemes and plots to seize the Presidency from her claws.

“It’s important that Americans…understand that Putin wants to bring us down. He was an old KGB agent.”

“We saw evidence of [Russian involvement] and we could track it. But they were shooed away.”

“The Russians are increasingly..launching cyber attacks. A lot of the information they’ve stolen they use for internal purposes. So this was different because they went public.”

“That was the conclusion. I think it’s fair to ask how did that actually influence the campaign and how did they know what messages to deliver. Who told them? Who were they coordinating with or colluding
with? I’m leaning Trump.”

“Within one hour of the Access Hollywood tapes being leaked, the Russians or say Wikileaks — same thing — dumped the John Podesta emails.”

“The Russians in my opinion could not have known how best to weaponize that information unless they had been guided by Americans.”

“My email account was turned into the biggest scandal since Lord knows when. And, you know, in the book I’m just using everything that anybody else said about it besides me to basically say this was the biggest nothing-burger ever. It was a mistake. I’ve said it was a mistake, and obviously if I could turn the clock back I wouldn’t have done it in the first place. But the way that it was used was very damaging.”

“We know it hurt us, as I explain in my book, the Comey letter which was now we know partly based on a false memo from the Russians. It was a classic piece of Russian disinformation. So for whatever reason, he dumps that on me on October 28 and I immediately start falling.”

“Well if you went all the way back, doing things that others have done before was no longer acceptable. I didn’t break any rule nobody said don’t do this. I was very responsible and not at all careless. You end up with a situation that was exploited.”

“Here’s a really telling statistic that has been validated. I had this old fashioned idea that it would matter what I would do as president. We had a great tech program and a really good set of policies. In 2008 which as the last time you had a contested election, the policies put forth by President Obama, Senator McCain got 222 minutes of airtime. In 2016 despite my best efforts, we got 32 minutes, total, over 18 months.”

“Media forces on the Republican side are entrenched and very effective. They’re beginning to call the shots on those local stations. Local TV is still incredibly powerful.”

“I have been on many speaking platforms with many men who are in office or running for office. And the crowd gets you going and I watch my male counterparts and they beat the podium and they yell and the crowd loves it. I have tried that and it’s been less than successful.”

Regarding her Goldman Sachs speeches.

“I have to say, Walt I never thought someone would throw out my entire career…because I made a couple of speeches.”

There you have it. The emails were giant ‘nothing-burgers’ that were attained by an evil genius, criminal, mastermind, named Donald Trump, with the help of the inherently evil Vlad Putin (how many Americans has Russia killed lately?). She lost thanks to a vast right wing conspiracy of media shills at the NY Times and other publications who wanted to see Trump elected.

Notable: Trump is back to ‘Crooked Hillary’ again.

Crooked Hillary Clinton now blames everybody but herself, refuses to say she was a terrible candidate. Hits Facebook & even Dems & DNC.

If you enjoy the content at iBankCoin, please follow us on Twitter
2017-05-31
Dr. Fly
Share
Previous Morgan Stanley’s Brokers To Be Supported by Machine Learning In Order to Avoid Irrelevancy
Next Serious Question: Who’s Buying This Dip in Oil? 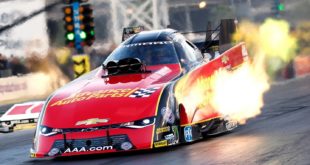 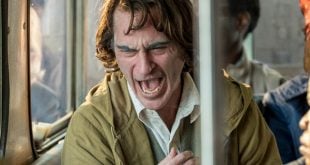 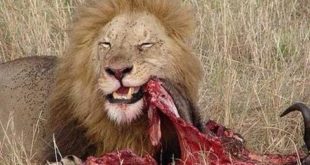