You have to love Crypto. Besides the real world Tom Clancy shit that is the backstory on Satoshi Nakomoto (to this day people hotly debate if Satoshi Nakomoto is Craig Wright, or was Hal Finney or Dave Kleiman. By the way, 2 of these 3 gentlemen are dead) you have characters like John McAfee of McAfee Antivirus and killing your neighbor in Belize notoriety making YouTube videos of himself snorting coke with hookers and guns whilst CEO of a publicly traded company with big Bitcoin investments. (scan to 1:12 mark where the good stuff starts)

John happens to have a company called MGTI which as far as I can tell is his pet project company. It has a project in the works for a privacy phone:

Introducing the world’s first smartphone featuring hard kill switches, empowering its users to take back control of their privacy. All phones feature a built-in privacy control center giving users full control of access and functions of their phone.

That’s interesting but will likely fail. Most people don’t care about privacy.

But THIS is where things get interesting. From the Company Info webpage:

Also as part of its corporate efforts in secure technologies, MGT is growing its capacity in mining Bitcoin. Currently at 5.0 PH/s, the Company’s facility in WA state produces about 80 Bitcoins per month, ranking it as one of the largest U.S. based Bitcoin miners. Further, MGT is in active discussions with financial partners to grow Bitcoin output materially.

McAfee gets it. He’s steering his company towards Bitcoin mining. Let’s say Bitcoin doubles or triples in price. Boom, his profit on the mining investment will follow. GBTC is a publicly traded tether to Bitcoin but it’s disconnected from reality. MGTI is the sleeper stock that has potential to explode as it is discovered by the masses and the profits begin to roll in. 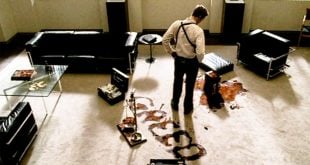