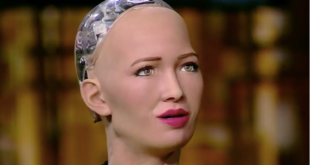 There is a lot to unpack in this post. Let’s begin with addressing a few world events and a brief discussion of money.

There are volumes of books about monetary theory. For this conversation I am going to sum money up as “the product of any one person’s work”. You may store that work product (accumulate money) or use that stored work product to purchase other products (spend it). In essence, money is the result of your work product, or the value you provide in the world.

So what happens when the Government prints money and gives it to banks, companies and individuals? After all, aren’t they issuing money to people without them working for it?

The value the Government claims for free by increasing the money supply without a link to production occurs in the devaluation of the dollars you earn. They have counterfeited your work product.

In ancient Rome the Roman emperors would clip edges off of coins as a way to collect taxes. Then they would take those clipping and melt new coins. This was not taxation, this was monetary manipulation. This was the original counterfeiting! They took your stored labor and used it to counterfeit new money without a link to production. In the digital age we have replaced coin clippings with quantitative easing.

This fundamental issue of money is underlying the public unrest. People understand they are stuck in place or backsliding in quality of life but it’s been difficult to pinpoint why. Wages are stagnant, consumer prices are up but the markets are doing great! Something stinks, but we didn’t know exactly what it was. That dead fish smell is the deepening money pit we are falling into as a nation. The Government has been counterfeiting your work product for decades. It’s worse than that though. Since the USD is the world’s reserve currency the Fed has counterfeited the entire planet’s money supply. For every laborer that digs a hole the government prints the equivalent money and disburses it to those in power directly or via subtle means. Except now in this late stage game it’s becoming less subtle!

You may have recently heard of the Cantillion Effect. This simple rule states that when new money enters a system it is not evenly distributed. Those who touch the money first gain the greatest benefit. The average Joe Citizen suffers as the benefits of the counterfeited labor (new money) the Government created is redistributed unevenly. Your earned dollars are paying for the counterfeited dollars the Government gives to banks, corporations and slush funds.

Your work harder for less in return. Meanwhile, those nearest the Cantillion effect build wealth at a pace that matches the counterfeiting. Given the recent 6 trillions stimulus these must be good times for those banks, corporations and funds nearest the Government printing presses!

As a friend of mine once said, “If I had your money I could burn mine”. That about sums it up. Your tax dollars and earnings, your entire stored wealth, is a mirage. It’s all tied to and controlled by the Government who use your life’s work to steal value for themselves and their cronies. You are nothing but coin clippings to be melted into new gold bars for the elite.

OK, that was bit over dramatic, but you get the idea. The issue is that money is not tied to work. Without this correlation those who can print money can control the world. This is human nature and why empires eventually collapse. An empire may start out on a solid foundation but eventually enough entropy enters the system that the system falls apart. Given our iterations of money over the centuries an the repeated rise and fall of empires we have not been able to separate money from human nature.

We don’t have an honest system to reward one for the value provided that is not also subject to the booms, busts and cycles of human nature.

Many people consider Bitcoin to be an Internet meme or the latest Internet ponzi. I was a Bitcoin skeptic for years. I followed Bitcoin for a few years but only as a technological curiosity before buying. I was blinded by the mockery of this new Magic Internet Money and it prevented me from doing the due diligence to understand Bitcoin for myself until years later.

Once I began studying Bitcoin I fell down a very deep rabbit hole and have been there ever since.

The information available on Bitcoin is biased depending on source, including my own blog posts.

Do your own research. Bitcoin is an IQ test.

Meanwhile, here’s your theme song for stocks in 2020.