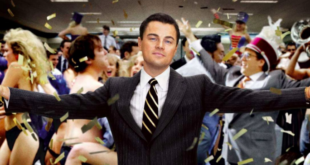 Today is day 1 of the BSV Coingeek Conference in Toronto Canada.

Calvin Ayre, billionaire BSV investor, was on Bloomberg this morning outlining how he believes BSV will consume the entire Crypto Market.

All other cryptocurrencies 'will be absorbed into Bitcoin SV': CoinGeek founder pic.twitter.com/vkGdkJznuH

BSV is in rally mode as info from the conference about new features and rumors of long standing questions being answered are made public. After basing at $60 for weeks BSV has rallied to over $190 intraday. $130 has long been resistance. I believe there may be a retrace test there but anything can happen. It’s Bitcoin.

Tomorrow Craig Wright takes the stage at Coingeek. There is a livestream available here for Thursday May 30th at 9AM EST: https://vimeo.com/338857646

If you’re still putting together the pieces of a Bitcoin investment strategy, or you are open to hearing why I’ve been in BSV from the beginning, I recommend watching this series of videos on Vimeo https://vimeo.com/149035662 and this video on Youtube.

Today, a new service called Paymail was released on BSV. The details are still coming in but this looks like a possible fiat onramp inside a bitcoin wallet coupled with an easy to use Venmo like wallet PLUS a form of identity system usable across multiple BSV services. More details to come.

Despite this information, many still deny Craig Wright is the founder of Bitcoin. More directly, there appears to be an industry setup to discredit Craig personally and professionally. Dr Wright has called their bluff and is now pursuing legal action by taking many of the worse offenders to court. Here’s a twitter thread from one of the “Social Media Justice Warriors” who championed the Craig is Not Satoshi twitter campaign.

1/ People have been asking for an update on the legal case with CSW, so here it is. I am being sued for libel and have until Friday at 12.00 to make a decision. The claim is for £100k and includes a number of other requirements.

There is cognitive bias and there is just plain stupid. Requesting that a billionaire you’ve been defaming publicly sue you is stupid. McCormack will now be a footnote in the Satoshi legacy.

Note that BTC is trading above $8,000 while BSV is below $200. As the market learns the truth these numbers will flip.

Dr. Craig Wright is Satoshi Nakamoto and BSV is Bitcoin. This is going to be an interesting year.