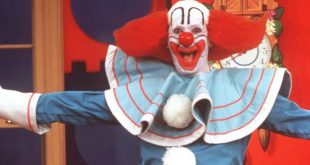 END_OF_DOCUMENT_TOKEN_TO_BE_REPLACED

WHO IS JOHN GALT? 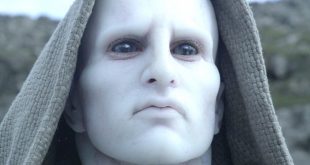 In three days the Kleiman vs Wright trial will begin in Florida. Ira Kleiman, estranged brother of the now deceased Dave Kleiman, is suing Craig Wright for 1.1 million BTC on behalf of the estate of Dave Kleiman.

Ira is asserting that Craig and Dave were behind the Satoshi Nakamoto pseudonym and are the joint creators of Bitcoin and as such the estate of Dave Kleiman is entitled to 1/2 of Satoshi’s Bitcoin and Intellectual Property through 2013.

The damages could potentially be up to 65 BILLION DOLLARS.

Notably, this trial is getting almost zero press. This is intriguing given the amount of damages make the trial one of the largest single defendant cases ever bought to court.

This case ASSUMES that Craig Wright is Satoshi Nakamoto. This assumption has been accepted by all sides for the case to proceed.

Why does this matter? Because by defending himself in court Craig Wright can prove he is Satoshi and reveal all the secrets he’s been keeping regarding identities and access to Satoshi’s 1.1 million BTC. Doing this in a court of law under oath is the best way to prove an identity despite what the “pundits” on Twitter may say.

This is also important because $COIN AKA Coinbase cited that the identity of Satoshi being revealed was a threat to their business. This trial could have a large impact on the Crypto market which is now larger than the housing market was in 2009.

Speculation about Satoshi’s coins and identity have been a hot topic since Bitcoin was released in 2009. As Bitcoin has increased in price this speculation has increased. There have been repeated demands of Craig to prove his identity by signing a Bitcoin transaction with Satoshi keys. He’s flatly refused to do this except in rare one on one situations dating back to 2015.

The most interesting theory on signatures and what may happen in court next month is outlined at the 27 minute mark of this video:

As the video discusses, there is a function in Bitcoin called nLockTime. Using this function you can create a transaction that is only valid after a set time (aka number of blocks mined on Bitcoin). With this transaction in hand you can throw away the private keys and those Bitcoin will only move when the time has expired and the transaction is broadcast on the network.

The theory is that Craig used nlocktime to secure the Satoshi coins in a trust. As such, he could no longer sign and was waiting till the trust matured with his nlocktime transaction to move the Bitcoin. The problem is that the BTC devs altered BTC in such a way in 2017 that this nlocktime transaction no longer works. I’m not saying this is what happened but it’s possible. Given that Craig Wright wrote the article below outlining this procedure step by step lends some credibility to the theory.

Will Craig prove he is Satoshi in court and that BTC broke the nlocktime function? If so, will the judge rule that BTC must restore nlocktime and/or provide access to those coins to the rightful owner?

Is Satoshi Nakamoto a shadowy anti-government anarchist who designed unconfiscatable money or is he a Capitalist polymath from Australia who created the world’s first public ledger providing transparency & accountability for every transaction on Bitcoin?

And if Craig proves he is Satoshi what does that mean for BTC, BSV and crypto in general?