18 years in Wall Street, left after finding out it was all horseshit. Founder/ Master and Commander: iBankCoin, finance news and commentary from the future.
Joined Nov 10, 2007
19,998 Blog Posts
@the_real_fly

Required Reading: Who the Fuck is Jeff Epstein?

This is a fascinating read.

Bearshitter Doug Kass puts on his sleuth hat and investigates who the fuck Jeffrey Epstein is and how in the God damned did he make all of his money? He claims to be a hedge fund manager, yet no one has ever traded with him and he has zero notable clients, aside from the pervert founder of Victoria’s Secret.

“How did he get the money?” Kass kept asking.

For decades, Epstein has been credulously described as a big-time hedge-fund manager and a billionaire, even though there’s not a lot of evidence that he is either. There appears little chance the public is going to get definitive answers anytime soon. In a July 11 letter to the New York federal judge overseeing Epstein’s sex-trafficking case, Epstein’s attorney offered to provide “sealed disclosures” about Epstein’s finances to determine the size of the bond he would need to post to secure his release from jail pending trial. His brother, Mark, and a friend even offered to chip in if necessary.

Naturally, this air of mystery has especially piqued the interest of real-life, non-pretend hedge-funders. If this guy wasn’t playing their game — and they seem pretty sure he was not — what game was he playing? Intelligencer spoke to several prominent hedge-fund managers to get a read on what their practiced eyes are detecting in all the new information that is coming to light about Epstein in the wake of his indictment by federal prosecutors in New York. Most saw signs of something unsavory at the heart of his business model.

To begin with, there is much skepticism among the hedgies Intelligencer spoke with that Epstein made the money he has — and he appears to have a lot, given a lavish portfolio of homes and private aircraft — as a traditional money manager. A fund manager who knows well how that kind of fortune is acquired notes, “It’s hard to make a billion dollars quietly.” Epstein never made a peep in the financial world.

Epstein was also missing another key element of a typical thriving hedge fund: investors. Kass couldn’t find any beyond Epstein’s one well-publicized client, retail magnate Les Wexner — nor could other players in the hedge-fund world who undertook similar snooping. “I don’t know anyone who’s ever invested in him; he’s never talked about by any of the allocators,” says one billionaire hedge-fund manager, referring to firms that distribute large pools of money among various funds.

Epstein’s spotty professional history has also drawn a lot of attention in recent days, and Kass says it was one of the first things that raised his suspicions years ago. Now 66, Epstein didn’t come from money and never graduated from college, yet he landed a teaching job at a fancy private school (“unheard of,” says Kass) and rose through the ranks in the early 1980s at investment bank Bear Stearns. Within no time, Kass notes, Epstein was made a partner of the firm — and then was promptly and unceremoniously ousted. (Epstein reportedly left the firm following a minor securities violation.) Despite this “squishy work experience,” as Kass puts it, at some point after his quick exit, Epstein launched his own hedge fund, J. Epstein & Co., later renamed Financial Trust Co. Along the way, he began peddling the improbable narrative that he was so selective he would only work with billionaires.

Oddly, Epstein also claimed to do all the investing by himself while his 150 employees all worked in the back office — which Kass says reminds him of Madoff’s cover story. Though it now appears that Epstein had many fewer employees than he claimed, according to the New York Times:

Thomas Volscho, a sociology professor at the College of Staten Island who has been researching for a book on Mr. Epstein, recently obtained [a 2002 disclosure] form, which shows [Epstein’s] Financial Trust had $88 million in contributions from shareholders. In a court filing that year, Mr. Epstein said his firm had about 20 employees, far fewer than the 150 reported at the time by New York magazine.

Given this puzzling set of data points, the hedge-fund managers we spoke to leaned toward the theory that Epstein was running a blackmail scheme under the cover of a hedge fund.

How such a scheme could hypothetically work has been laid out in detail in a thread on the anonymous Twitter feed of @quantian1. It’s worth reading in its entirety, but in summary it is a rough blueprint for how a devious aspiring hedge-fund manager could blackmail rich people into investing with him without raising too many flags.

Kass and former hedge-fund manager Whitney Tilson both emailed the thread around in investing circles and both quickly discovered that their colleagues found it quite convincing. “This actually sounds very plausible,” Tilson wrote in an email forwarding the thread to others.

“He somehow cajoled these guys to invest,” says Kass, speaking of hypothetical blackmailed investors who gave Epstein their money to invest, but managed to keep their names private.

The fact that Epstein’s fund is offshore in a tax haven — it is based in the U.S. Virgin Islands — and has a secret client list both add credence to the blackmail theory.

So what did Epstein do with the money he did have under his management, setting aside the questions of how he got it and how much he had? One hedge-fund manager speculates that Epstein could have just put the client money in an S&P 500 index fund, perhaps with a tax dodge thrown in. “I put in $100 million, I get the S&P 500 minus some fees,” he says, speaking of a theoretical client’s experience. Over the past few decades, the client would have “made a shitload” — as would Epstein. A structure like that wouldn’t have required trading desks or analysts or complex regulatory disclosures.

Kass has kicked around a similar idea: Maybe Epstein just put all the client money in U.S. treasuries — the simplest and safest investment there is, and the kind of thing one guy actually can do by himself.

If the blackmail theory sounds far-fetched, it’s worth keeping in mind that it was also floated by one of Epstein’s victims, Virginia Roberts Giuffre. “Epstein … also got girls for Epstein’s friends and acquaintances. Epstein specifically told me that the reason for him doing this was so that they would ‘owe him,’ they would ‘be in his pocket,’ and he would ‘have something on them,’” she said in a court affidavit, according to the investigative series in the Miami Herald that brought the case back to the public’s attention late last year.

In the 2015 filing, Giuffre claimed that Epstein “debriefed her” after she was forced into sexual encounters so that he could possess “intimate and potentially embarrassing information” to blackmail friends into parking their money with him. She also said photographic and video evidence existed — an assertion that looms especially large now that federal investigators have found a trove of images in Epstein’s home safe.

Lots of rumors swirling around this fucker — such as he’s a kingpin child sex trafficker who hangs out with the power elite in DC. That angle I am less enthused to get involved in. What I am interested in is how The Count of Monte Cristo got his fortune.

This high school graduate, who was a high school math tutor, owns a $56 million mansion in NYC.

Here’s one working theory by some lad on Twitter. 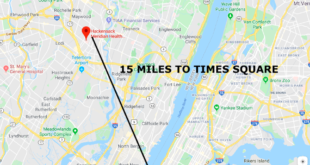 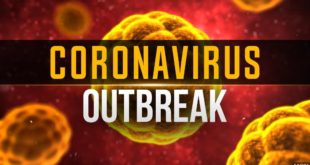 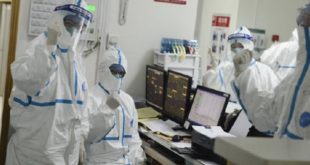