Colonel Shaffer: “I Believe This is Much Worse Than Watergate”

The noose is tightening Obamafags. While you occupy yourselves by injecting heroin into your scrawny arms at one of your Antifa meetups, AG Sessions is preparing the groundwork to end the legacy of King Obama — sending him barreling towards a scandal far greater than anything Nixon ever did — crushing and poleaxing any hopes of rejuvenating the broken status of the democratic party.

Here’s Tony Shaffer, former senior intelligence officer at the CIA, saying that the wiretapping scandal against Trump is ‘orders of magnitude’ worse than Watergate — alluding to Bob Woodward’s comments made earlier this week describing the offenses as being ‘felony level’ crimes that might wreak havoc throughout the former Obama administration.

“This incidental, it’s accidental on purpose.’

The unmasking of Trump and his cohorts means they specifically targeted him and his team. The political appointees at the CIA, aka black hats, aren’t laughing anymore.

Meanwhile, continue to bask in your Obamacare victory. I’m certain the people will appreciate it going forward — as it cascades and cracks asunder amidst financial failure in the near term. 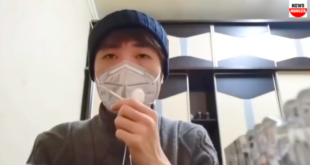