Kerry Warns Russia U.S. Retaliation ‘At a Time of Our Choice’ for Interfering in Our Sacred Elections

Yesterday, at the virtuous cycle conference, Sec Kerry warned Russia to quit meddling in our very fair and very honest elections. Apparently, our government has concluded that Russia is behind the hacking of John Podesta’s email box — which revealed that Hillary Clinton hates ‘everyday Americans’, amongst other things.

Bear in mind, the Obama administration hasn’t been able to prove a single thing. Their attempts to blame very embarrassing revelations regarding the corrupt nature of the Democratic Party on Putin is specifically designed to hurt Trump, who’ve they’ve painted as a Russophile.

Here are Kerry’s very tough and brace words for Russia.

“We released this information to put the people doing it on a notice that they’re not, quote, ‘getting away with it’ for free, as well as to put states on notice that we’re serious when we say they need to take every measure possible to guarantee the integrity of our elections,” Kerry said Monday at The Internet Association’s Virtuous Cycle Conference. “And we will and can respond in ways that we choose to at the time of our choice.”

The Kremlin calls it utter horseshit.

“This is some sort of nonsense,” Putin press secretary Dmitry Peskov said in response to the accusation, per the Washington Post. “Every day, Putin’s site gets attacked by tens of thousands of hackers. Many of these attacks can be traced to U.S. territory. It’s not as though we accuse the White House or Langley of doing it each time it happens.” 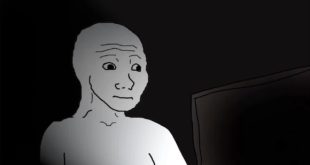 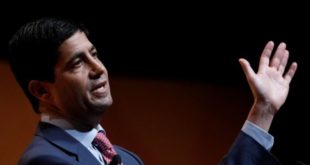