“Deutsche Bank AG (DBK) fell the most in more than five months after Goldman Sachs (GS)Group Inc. cut the company to sell from hold, saying it may have to transfer $13 billion to its U.S. unit under new capital rules.

Deutsche Bank slid as much as 6.2 percent, the biggest intraday drop since Sept. 26, and traded at 33.07 euros at 1:40 p.m. in Frankfurt. The stricter requirements may hurt profit atEurope’s biggest bank by assets and require it to ask shareholders for more money, Goldman Sachs analysts including Jernej Omahen wrote in an e-mailed report from London today….”

END_OF_DOCUMENT_TOKEN_TO_BE_REPLACED

Rising Unemployment and Falling PMI Data Takes the Euro Below 1.30 For the first Time in Two Months

Fri Mar 1, 2013 8:13am EST Comments Off on Rising Unemployment and Falling PMI Data Takes the Euro Below 1.30 For the first Time in Two Months

“The euro fell below $1.30 for the first time in two months after reports showed manufacturing contracted in February and unemployment climbed to a record.

The common currency extended a fourth weekly loss against the greenback as the data added to signs the region remains stuck in a recession and backed the case for the European Central Bank to cut interest rates. The Dollar Index rose to the highest level since August as investors sought safer assets. The pound tumbled after a British factory index unexpectedly shrank in February.

“The overall picture is consistent with a euro-zone economy that is still stuck in recession,” said Lee Hardman, a currency strategist at Bank of Tokyo-Mitsubishi UFJ Ltd. in London. “There are downside risks for the euro. The ECB could signal it is closer to further monetary easing next week.”

The 17-nation euro slid against all but one of its 16 major peers in February, losing 3.8 percent against the greenback and 3 percent against the yen. The dollar rose 0.9 percent versus the yen, a fifth monthly gain, the longest winning streak since August 2008.

END_OF_DOCUMENT_TOKEN_TO_BE_REPLACED

Fri Mar 1, 2013 8:10am EST Comments Off on The Aussie Dollar Rises on Speculation Rates Will Be Kept on Hold

“Australia’s dollar rose versus most of its 16 major counterparts on prospects Reserve Bankofficials meeting next week will refrain from cutting borrowing costs.

The so-called Aussie climbed for a third day against the yen and reversed an earlier decline versus the dollar, following reports that signaled a slowdown in Chinese manufacturing expansion. New Zealand’s currency, known as the kiwi, strengthened versus the dollar and yen as a pullback in Asian stock losses outweighed data today that showed an unexpected drop in the country’s terms of trade.

“The RBA is in wait-and-see mode,” said Andrew Salter, a currency strategist at Australia & New Zealand Banking Group Ltd. (ANZ) In Sydney. “We’re coming to the bottom of the range in the Aussie. We see value at current levels.” ANZ predicts the Australian currency will trade at $1.05 by Dec. 31.

END_OF_DOCUMENT_TOKEN_TO_BE_REPLACED

$AAPL and Other Smartphone Makers Face Higher Taxes in India

Fri Mar 1, 2013 8:08am EST Comments Off on $AAPL and Other Smartphone Makers Face Higher Taxes in India

“Smartphone sales in India may suffer from a higher tax on handsets costing more than $37 just as Apple Inc. (AAPL) steps up efforts to tap demand for data services in the world’s second-largest mobile-phone market.

Finance Minister Palaniappan Chidambaram yesterday said he would raise the excise tax on high-end phones to 6 percent from 1 percent to help finance welfare programs for the country’s poor and fund the widest budget deficit among the largest emerging economies. Samsung Electronics Co. (005930), which sells the Galaxy range of smartphones, said the move “won’t have a positive impact” on the mobile-phone industry and will force customers to pay more.

END_OF_DOCUMENT_TOKEN_TO_BE_REPLACED

Fri Mar 1, 2013 8:06am EST Comments Off on A Weaker Currency Helps PMI Data in South Africa

The seasonally adjusted index increased to 53.6 from 49.1 in January, Johannesburg-basedKagiso said in an e-mailed statement today. An index level below 50 indicates a contraction in factory output. The Bureau for Economic Research, based at the University of Stellenbosch near Cape Town, conducts the PMI survey for Kagiso.

“The significant improvement in new sales orders may reflect a turnaround in demand for locally-manufactured goods,” Abdul Davids, the head of research at Kagiso Asset Management, said in the statement. “Tentative indications of an improvement in the EU and U.S. economies at the start of this year may have contributed to the increased demand for manufactured goods and a sustained recovery in demand will require improved gross domestic product growth in these regions.”

Africa’s largest economy grew 2.1 percent, more than expected, in the final quarter of last year as manufacturing and agricultural output expanded. The rand has this year fallen 6.2 percent versus the dollar, making South African goods more competitive in the European Union and other overseas markets. Only the Japanese yen and the British pound were weaker among 16 major currencies tracked by Bloomberg….”

END_OF_DOCUMENT_TOKEN_TO_BE_REPLACED

Fri Mar 1, 2013 8:04am EST Comments Off on Commodities Fall for a Fourth Day as Spending Cuts and Weak Data in Asia Push Investors Towards Risk Off

“Commodities dropped for a fourth day and stocks fell as $85 billion of spending cuts were set to be triggered in the U.S. and manufacturing slowed in China and the euro area. The 17-nation shared currency and the pound weakened while the Swedish krona strengthened.

The U.S. Senate rejected a pair of partisan proposals to replace the automatic across-the-board spending reductions which the International Monetary Fund says will hurt global growth. Manufacturing in America probably expanded in February while consumer spending and construction increased in January, economists said before reports today. Data showed China’s manufacturing slowed for a second month while factory output in the euro area contracted for the 19th straight month.

“Risk assets underperformed as data such as PMIs reinforced a view that we are in a low growth environment,” said Michael Quach, investment strategist in London at Smith & Williamson Investment Management, which has $19 billion in assets. “Stimulus and other confidence boosting measures provided by central banks around the world have helped to reduce systemic risk, but there are still a lot of headwinds in the economy.”

END_OF_DOCUMENT_TOKEN_TO_BE_REPLACED

Kuroda May Add Stimulus as Soon as April

“The Bank of Japan (8301) may add monetary stimulus as early as April as prospective governorHaruhiko Kuroda looks to demonstrate a more aggressive approach to tackling 15 years of falling prices.

Given a jump in Japanese stocks and slide in the yen in recent months in anticipation of greater stimulus under the new leadership, any failure to move in April risks disappointing investors, ex-Bank of England central banker Adam Posen said this week. With a third-straight fall in consumer prices in January showing the scale of his challenge, Kuroda may seek to adjust the timing, size and type of assets the BOJ buys.

“The party has just started,” said Masaaki Kanno, chief Japaneconomist at JPMorgan Chase & Co. in Tokyo, who in January predicted that Kuroda would get the job. “Give us more alcohol and get us excited — he will do that,” Kanno said of Kuroda, predicting that the bank’s open-ended bond purchases –currently scheduled to begin in January — will be brought forward to May or June.

END_OF_DOCUMENT_TOKEN_TO_BE_REPLACED

Consumer Prices Fall for an Eighth Month in Japan

Fri Mar 1, 2013 7:59am EST Comments Off on Consumer Prices Fall for an Eighth Month in Japan

“Japan’s consumer prices fell for the eighth time in nine months, highlighting the challenges facing the Bank of Japan (8301) in reaching a 2 percent inflation target.

Consumer prices excluding fresh food fell 0.2 percent in January from a year earlier, the third-straight decline, the statistics bureau said in Tokyo today. The result matched the median estimate in a survey of 26 economists by Bloomberg News.

While a weaker yen improves the outlook for exporters and pushes up the prices of imported energy and commodities, continued price falls show the scale of the BOJ’s challenge in achieving 2 percent inflation. Prime Minister Shinzo Abe yesterday nominated Asian Development Bank President Haruhiko Kuroda to lead the BOJ, with the prospective governor saying last month that more easing is justified for 2013.

“Companies are still far from raising prices, and consumers won’t accept it as their deflationary expectations linger,” said Azusa Kato, an economist at BNP Paribas SA in Tokyo. “There is a considerable time lag for an economic recovery to start feeding into prices.”

The BOJ will likely announce new stimulus measures as early as the first meeting under the new governor on April 3-4, Kato said. Current governor Masaaki Shirakawa and his two deputies step down on March 19….”

END_OF_DOCUMENT_TOKEN_TO_BE_REPLACED

Asia Trades Mixed, Europe is Down, and U.S. Futures are Off for Sequestration

Fri Mar 1, 2013 7:55am EST Comments Off on Asia Trades Mixed, Europe is Down, and U.S. Futures are Off for Sequestration

END_OF_DOCUMENT_TOKEN_TO_BE_REPLACED

No offense to retards. 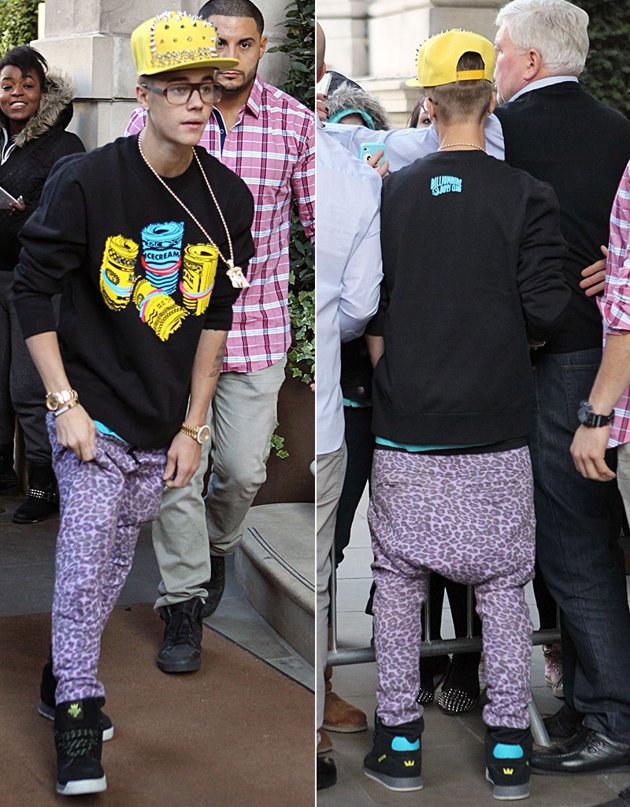